Whenever Johns Hopkins Medicine leaders speak about the success of The Access Partnership (TAP) program, they mention the dedication of founding medical director Barbara Cook, who will retire from that job this summer.

Formerly president of Johns Hopkins Community Physicians, the 75-year-old physician came to Johns Hopkins Medicine in 2000 as JHCP’s vice president for medical affairs. At the time, she was already deep into a medical career distinguished by compassionate care and community outreach.

In the 1980s, working as a doctor with the National Health Service Corps, Cook directed the outpatient clinic at former Miners Hospital No. One in Welch, West Virginia.

“We took on the powers that be to provide quality care to those patients,” she remembered in a 2008 interview with Dome. “It showed me early on what people committed to doing the right thing could accomplish if they stuck together.”

In 2007, Cook established the first Hispanic clinic at East Baltimore Medical Center, a JHCP practice. Fluent in Spanish, she also saw patients there as a volunteer while she was president of JHCP. When she retired from that position, she took over the leadership of TAP with Anne Langley, JHM’s senior director of health planning and community engagement.

Now celebrating its 10th anniversary, the charitable care program helps uninsured and underinsured patients who live in the communities surrounding The Johns Hopkins Hospital and Johns Hopkins Bayview Medical Center. It enables qualified primary care patients — approximately 95 percent of whom are Hispanic or Latino — to gain access to surgery, cancer treatment and other forms of specialty care at those two hospitals.

“The TAP program is Hopkins at its best — providing world-class care to its neighbors, regardless of insurance status,” Cook says. “To have the privilege of assisting with developing and nurturing this amazing program has been my career’s capstone.”

Among many medical highlights for her is the 2018 collaboration of Jena Miller, leader of the fetal spina bifida program, and pediatric neurosurgeon Edward Ahn. Together, the physicians performed an intrauterine fetal laparoscopy to repair myelomeningocele,the most serious form of spina bifida, in a 25-week-old fetus whose mother was enrolled in the TAP program.

Another memorable case illustrates the commitment of TAP’s staff. In January 2015, a 39-year-old Hispanic woman sought urgent care at EBMC for weight loss, hair loss and palpitations. When lab tests showed her symptoms resulted from severe hyperthyroidism, Cook emailed David Cooper, director of the Johns Hopkins thyroid clinic, for help in getting the patient seen promptly for treatment.

“Within 15 minutes he had answered the email from 30,000 feet in the air somewhere over Missouri, and arranged an appointment in five days,” she says. “We then set about trying to contact the patient, but the phone number given at registration was a non-working number.”

Moreover, a record 29 inches of snow was beginning to blanket the city.

When the woman opened it, she was astonished to learn that Dr. Cook was on the bartender’s cell phone, waiting to speak with her.

“We corrected the last digit of her cell phone number in our records, told her about the endocrine appointment and gave her our contact number if she had further questions. In 30 days, she had gained seven pounds, and her palpitations and her tremors had resolved.”

A decade with TAP has deepened the conviction that Cook developed so many years ago in the mountains of Appalachia.

“If you give our people good work to do, they rise to the occasion with passion, enthusiasm and dedication.” 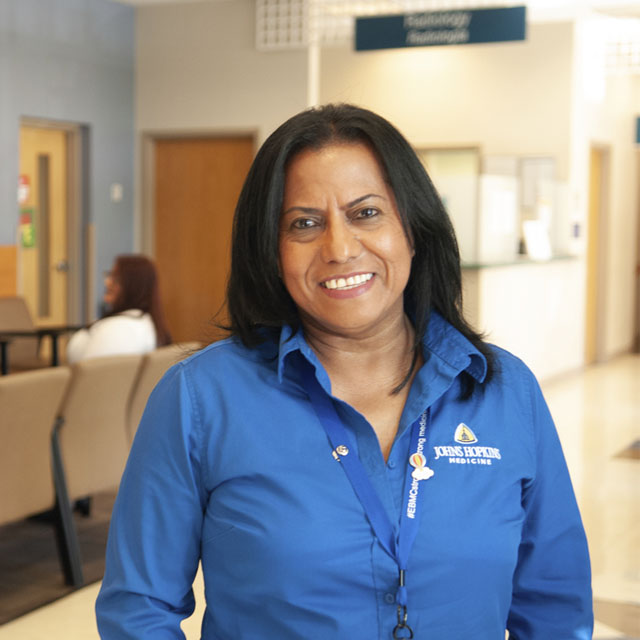