Simeon Margolis, 88, fills out the multipage Johns Hopkins Precursors Study as soon as it arrives in his mailbox each autumn.

The task, which takes about an hour, isn’t particularly exciting, admits the retired endocrinologist. “It’s all about me,” he says with a self-deprecating shrug. “How interesting can it be?”

Yet he dutifully puts pen to paper, as he has done every year for six decades. In doing so, he joins hundreds of other Johns Hopkins University School of Medicine graduates, who together contribute to one of the world’s oldest and most detailed longitudinal studies still collecting data.

As a medical student in the 1950s, Margolis was both a participant in the Precursors Study and a volunteer who helped its creator, Caroline Bedell Thomas, collect detailed information about other participants.

Thomas, then an assistant professor in physiology, was in the early years of an ambitious longitudinal study she had devised, which would follow Johns Hopkins medical students who graduated between 1948 and 1964. Her original goal was to determine precursors of heart disease, but the study wound up being even more valuable than that.

Among its many findings, the Precursors Study, now in its 71st year, has ferreted out links between obesity and diabetes, and between depression and heart attacks.

Not knowing which metrics would prove important, Thomas measured just about everything she could think of, including cholesterol levels, alcohol intake and blood pressure. She even made participants plunge their hands into ice water and smoke cigarettes, to measure their physiological reactions.

“Those were the only two cigarettes I ever smoked,” says Margolis, whose puffs contributed to several published papers pointing to what is now accepted knowledge — that smoking contributes to cardiovascular disease.

As the participants aged, the questions changed. Current surveys probe quality of life, loneliness, resilience, retirement satisfaction and a concern for future generations, says study director Joseph Gallo, a professor in the Johns Hopkins Bloomberg School of Public Health, with a joint appointment in behavioral health and psychiatry.

Thomas was 82 when she retired in 1985; she died in 1997. But her Precursors Study lives on because participants such as Margolis, now in their 80s and 90s, continue to fill out the questionnaires they get in the mail each year. 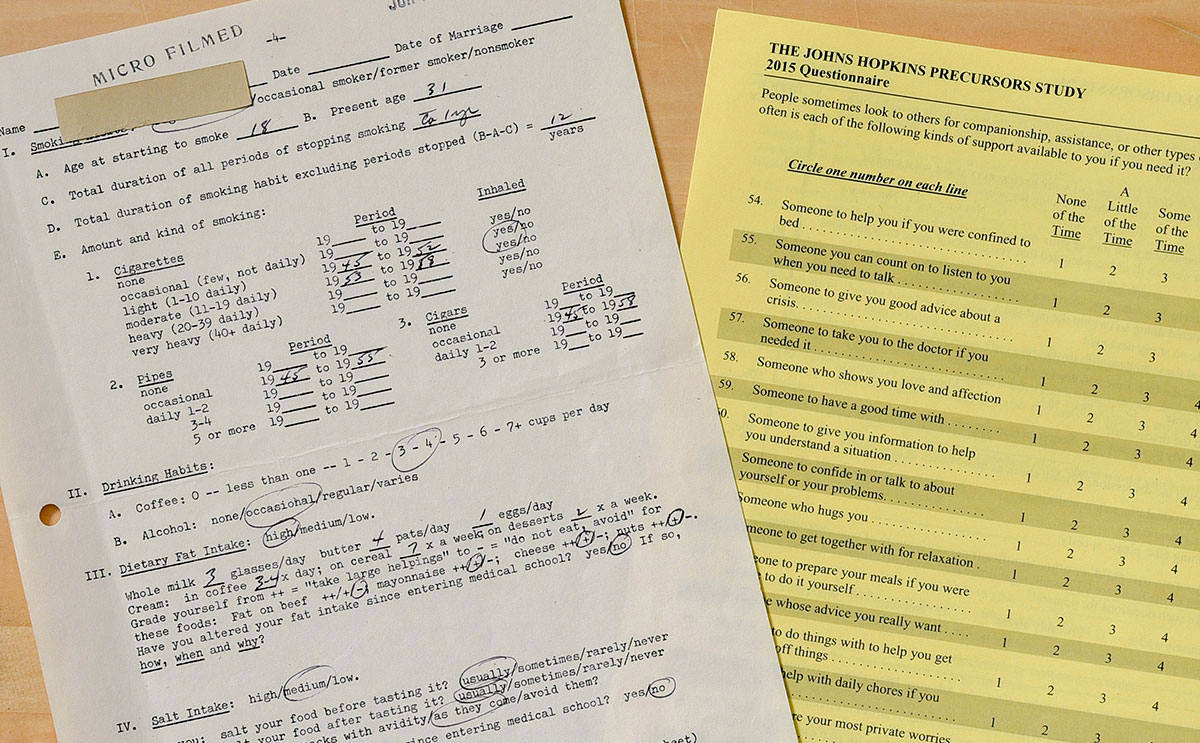 Precursor surveys, one from 1958 and another from 2015, show how questions have changed. In 1958, researchers asked participants how many cigarettes they smoked and how much cream they consumed. Fifty-seven years later, now-elderly participants were asked whether they had transportation to doctor appointments and someone who hugs them. 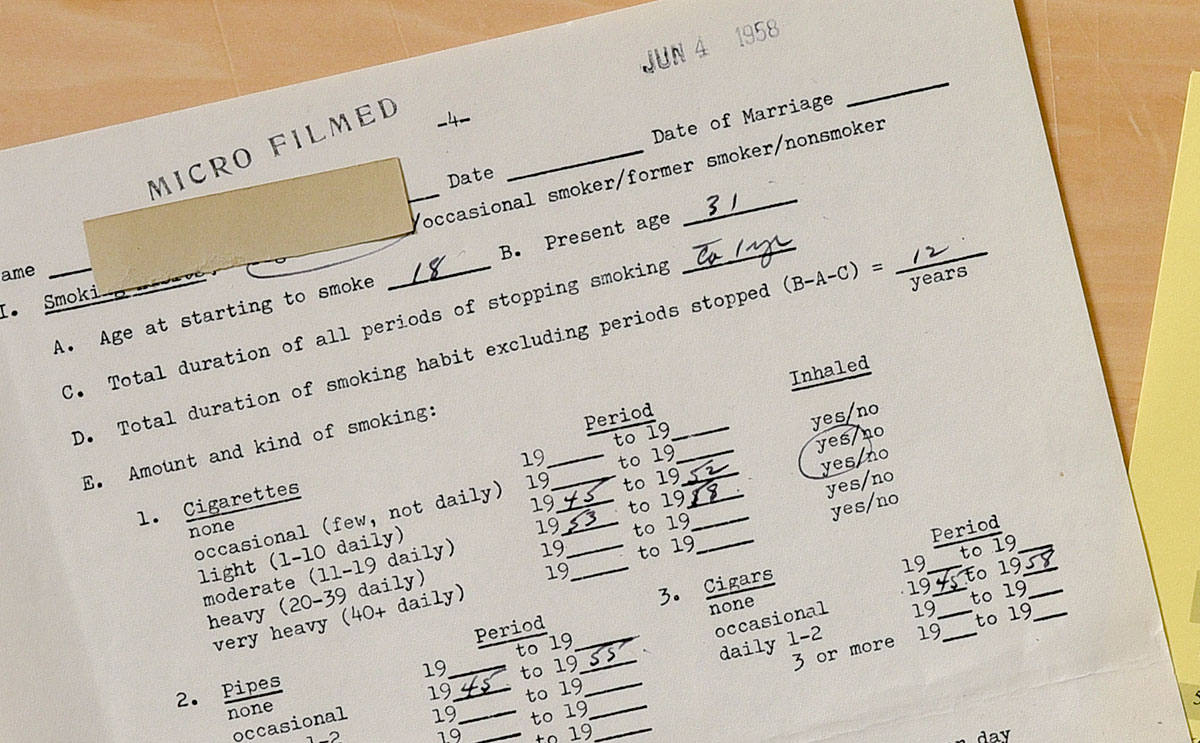 A detail of a 1958 survey shows that that this 31-year-old participant had increased his smoking to as many as 19 cigarettes a day, plus the occasional pipe or cigar. 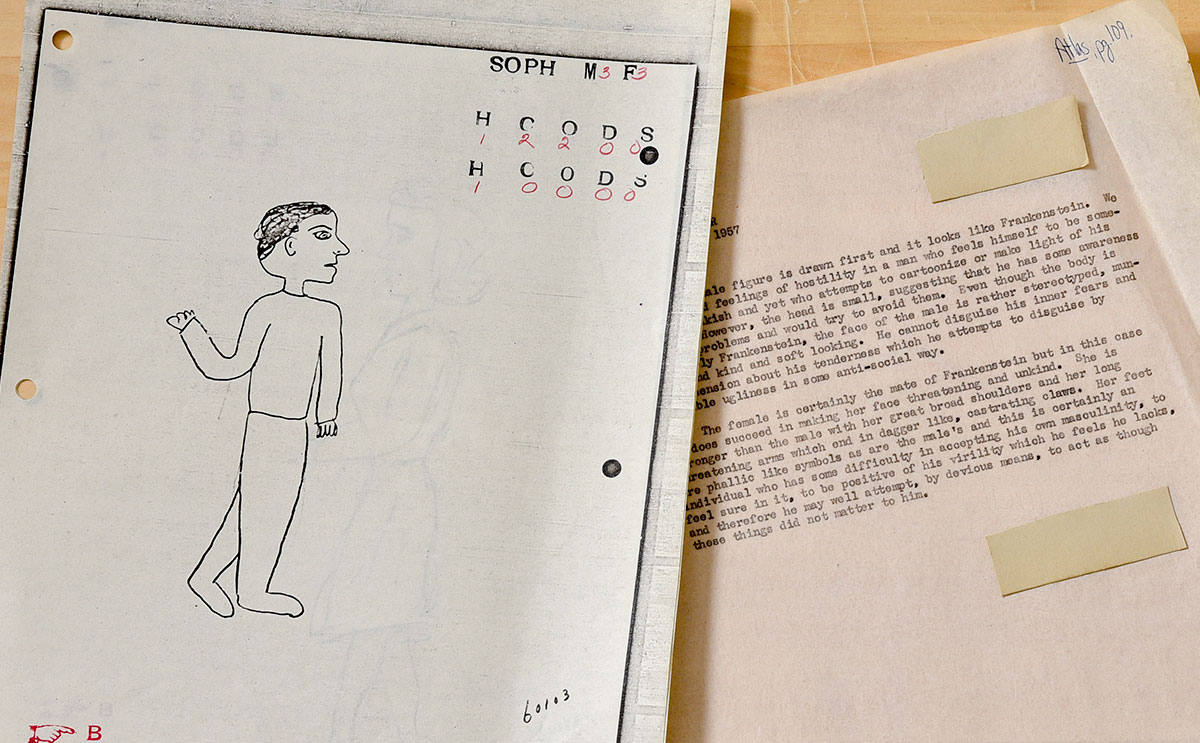 As part of the early data collection, medical students were asked to draw figures of a man and a woman. A Johns Hopkins psychiatrist then analyzed the sketches. (This drawing and the pictured analysis are not related.) 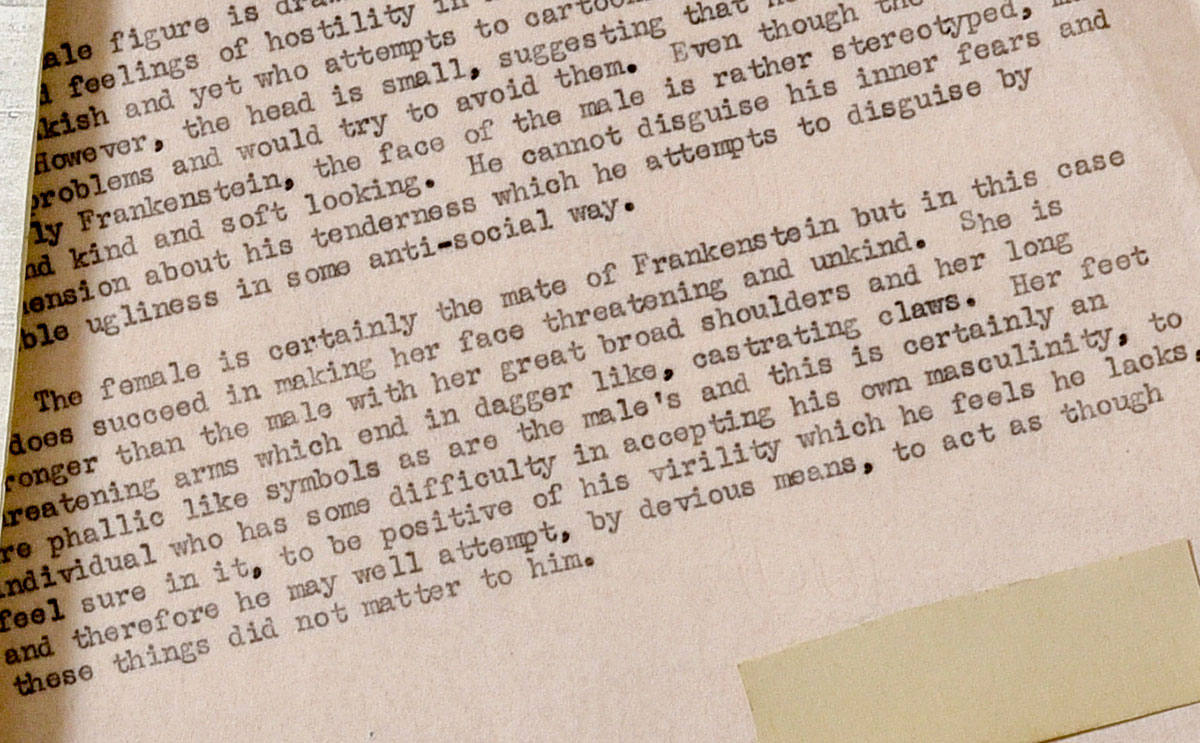 One psychiatric analysis (sketch not shown) determines that a female figure has a “threatening and unkind face” and “castrating claws,” and asserts that the medical student “has some difficulty in accepting his own masculinity.”
Request an appointment
Johns Hopkins' medical concierge services offer complimentary assistance with appointments and travel planning. Request free assistance:
All fields required *
The Precursors Study: Nine Things to Know