Darren Brownlee was one of over 2,000 Johns Hopkins faculty, staff and students who attended one of the pre-screenings of the highly anticipated HBO film, The Immortal Life of Henrietta Lacks, in Turner Auditorium and on the Homewood campus.

“The movie is a ‘must-see’ story, leaving me with a core of emotion and appreciation of her life,” says Brownlee, assistant administrator for ambulatory and access operations. “I am grateful for the many contributions that Henrietta Lacks made to science and appreciate the fact that Johns Hopkins aims to raise awareness of these events.”

The four screenings on the East Baltimore campus and the fifth screening at Homewood were nearly filled to capacity as faculty, staff and students came to see Lacks’ story, her impact on medical science and important bioethical issues come to life on the big screen.

In 1951, Henrietta Lacks sought treatment at The Johns Hopkins Hospital for cervical cancer. Extra samples of her cells were collected during a biopsy, a common practice at Johns Hopkins at that time regardless of a patient’s race or socioeconomic status. Although Lacks, a mother of five, died, her cells were used to begin the first human cell line able to reproduce indefinitely. The cells—named HeLa after the first two letters in her first and last name—have been used to support advances in many fields of medical research, including development of the polio vaccine.

In the movie, based on a 2010 best-selling book of the same name by Rebecca Skloot, Lacks’ daughter, Deborah (played by Oprah Winfrey) is on a quest to learn more about her mother, who died at age 31 when Deborah was 2. In one particularly compelling line, Winfrey’s character, visiting a lab at Johns Hopkins, cups her hands around a frozen vial that contains her mother’s cells and whispers, “You’re famous, just nobody knows it,” referencing the impact the HeLa cells have made on scientific discoveries.

After each of the screenings held on the East Baltimore campus,  Landon King, executive vice dean for the Johns Hopkins University School of Medicine, and James Page, vice president and chief diversity officer for Johns Hopkins Medicine, facilitated a question and answer discussion. Questions and comments shared by audience members addressed some tough topics including ethics, patient consent and current research practices. One employee asked, “Does Johns Hopkins have a board of ethics and are the ethics of a patient considered more now?” to which Dr. King replied, “Yes. At the time Henrietta Lacks was a patient, there was no framework for informed consent. Now it is very carefully scrutinized. Institutional review boards review any and every application of research involving humans.”

Johns Hopkins, and researchers and bioethicists worldwide, have learned a great deal from the examination of important bioethical issues, and Johns Hopkins is committed to ensuring the appropriate protection and care of medical information related to Lacks and her family. The medical research community has also made significant strides in improving research practices, in part thanks to the lessons learned from Henrietta Lacks’ story. To learn more, visit hopkinsmedicine.org/henriettalacks/upholding-the-highest-bioethical-standards.html.

You can also learn more about the legacy of Henrietta Lacks at hopkinsmedicine.org/HenriettaLacks. 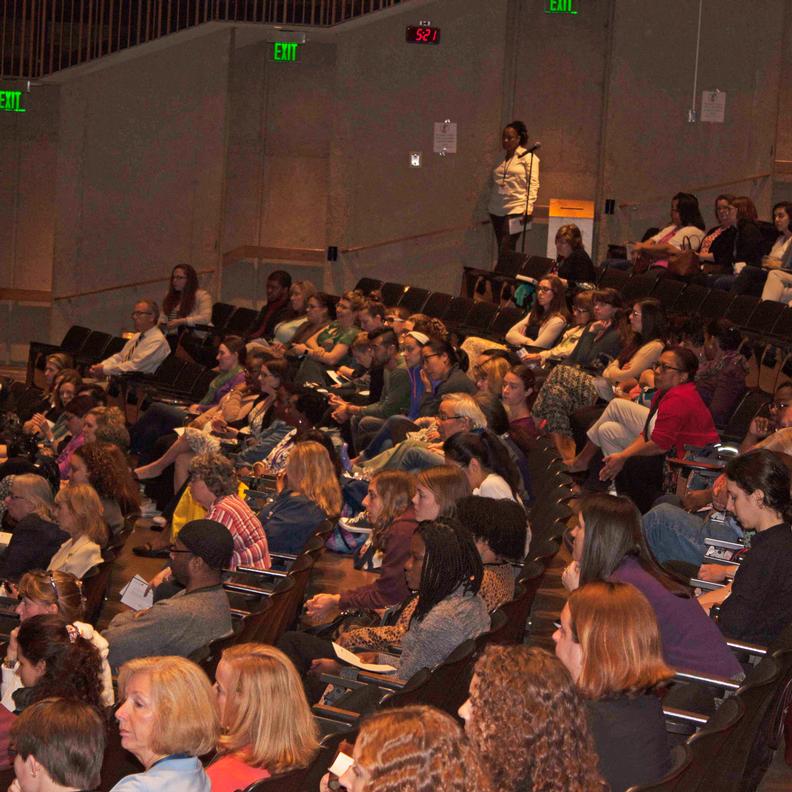 The four screenings were nearly filled to capacity as faculty, staff and students came to see Lacks’ story, her impact on medical science and important bioethical issues come to life on the big screen.
back to top button