Outside the traditional confines of academic disciplines, technological innovation and entrepreneurship are defining characteristics of the department. Recently, our experts have launched at least three companies—bringing their creative visions to fruition for the sake of patients. 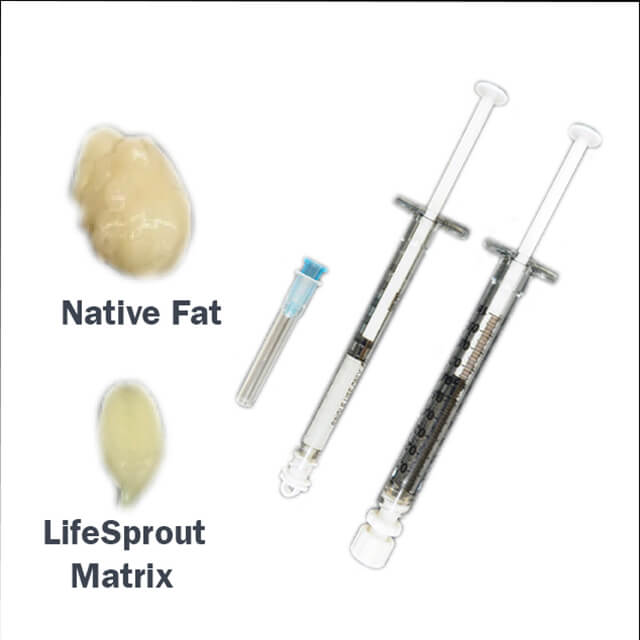 Delivered via syringe, the synthetic, dissolvable LifeSprout material is injected into sites of soft tissue loss.

One startup, LifeSprout, features a synthetic biodegradable material that mimics soft tissue. It could help serve as a placeholder for soft tissue defects resulting from cancer surgery, trauma or aging, sparing patients the pain and inconvenience of surgery to move soft tissue from another part of the body.

The material, composed of hydrogels and short biodegradable nanofibers, can be injected in a site of soft tissue loss. It then dissolves over time, allowing the body to fill in the space with its own cells. The company and material were founded by Justin Sacks, director of oncological reconstruction; Sashank Reddy, chief resident in plastic and reconstructive surgery; Hai-Quan Mao, professor of materials science and engineering at Johns Hopkins; and Russell Martin, a postdoctoral fellow in Mao’s lab.

The product has been on the fast track thanks to funding through Johns Hopkins Technology Ventures (JHTV), which helps entrepreneurs take their inventions to the marketplace. LifeSprout was one of the first recipients of its Louis B. Thalheimer Fund for Translational Research and also received monies from the Cohen Translational Engineering Fund.

“Tech Ventures has been absolutely instrumental in transitioning the technology from the lab into a commercial enterprise,” says Reddy, the company’s founding CEO. They have helped craft intellectual property covering the technology and raised funds. LifeSprout also benefited from support by the Wallace H. Coulter Translational Research Award and the Maryland Innovation Initiative, and they recently placed first in the Johnson & Johnson Center for Device Innovation competition—a nationwide examination of the most promising medical device startups. The product has performed well in animal models, says Reddy. Following additional safety testing, they hope to launch a clinical trial by 2019. 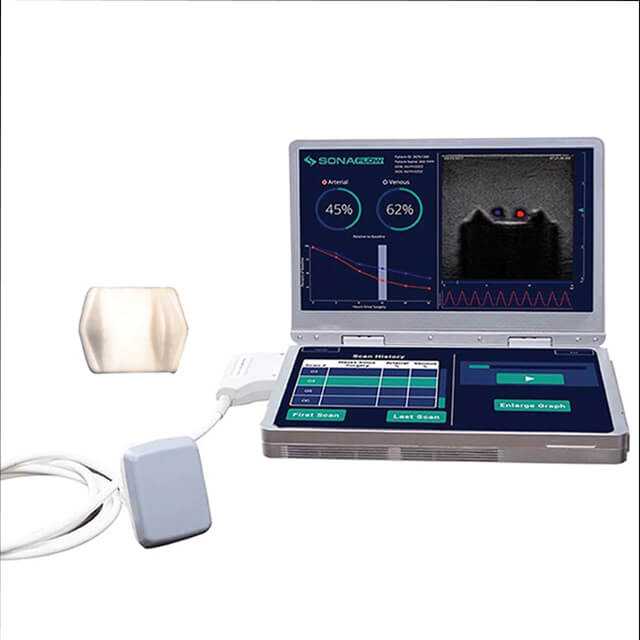 A product that Devin O’Brien Coon developed while getting a master’s degree in biomedical engineering at Johns Hopkins also has spun out into a company. The EchoSure system, which he devised with Jerry Prince, William B. Kouwenhoven professor of electrical engineering at Johns Hopkins, and David Narrow, a fellow Johns Hopkins Department of Biomedical Engineering alumnus, aims to more quickly detect blood clots in patients recovering from reconstructive or vascular surgeries; it also has applications for organ transplant recipients.

“We do many reconstructive surgeries that involve disconnecting tissue from one location on the body and plugging it back in somewhere else where there is a defect after trauma or cancer,” says Coon, an assistant professor of plastic and reconstructive surgery. Procedures are frequently done under a microscope because the blood vessels that need to be joined are so tiny, often just one or two millimeters in diameter. About 5 percent to 10 percent of the time, those blood vessels clot off.

“If you recognize it quickly, you can go back to the operating room and remove the clot,” he says. It starts small, but can become unsalvageable, he says, “so if you made someone a new jaw bone you have to throw it in the garbage. Early detection of clots after these surgeries has been the holy grail for the past 30 years.”

EchoSure, a product of the Johns Hopkins spinout company Sonavex, combines a biodegradable marker placed near the site of surgery and ultrasound software to guide health care workers to the proper position to monitor blood flow. JHTV helped provide office space and introduced Coon to dozens of potential investors, helping Sonavex raise $4 million. He says he hopes to have FDA clearance in 2018 to launch on the market.

An Innovative Alternative to the Nagata Method of Cartilage Sculpting 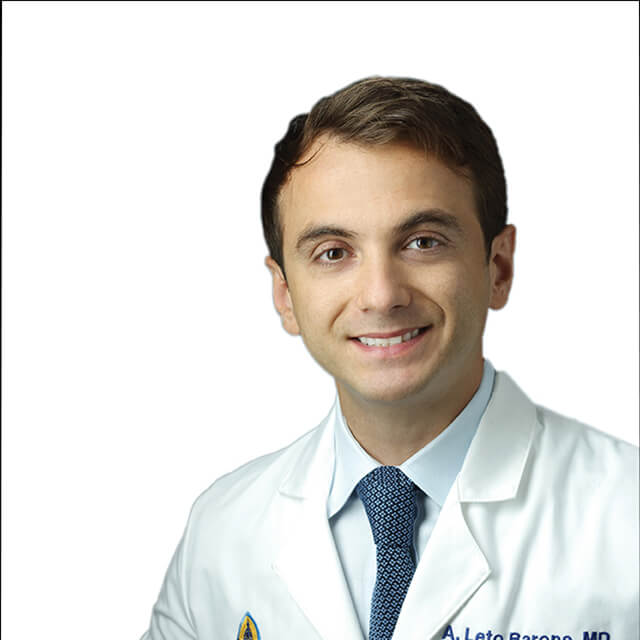 As a plastic surgery resident in Italy, Angelo Leto Barone was toiling away carving rib cartilage to create an ear framework for a microtia patient when he thought that, in today’s world, there had to be a better way. The sculpting method, called the Nagata technique, is considered the gold standard for patients born without an ear.

“Not everyone is a born sculptor, however, and this operation is challenging even for excellent surgeons,” says Leto Barone, who is now furthering his education as a resident at Johns Hopkins. “Very few people in the world are currently performing this operation successfully with consistently good results. If you research microtia results online, most are suboptimal. I wanted to make this process simple, automated and standardized so we could deliver consistently good results for patients.”

He created AuryzoN, a manual press containing interchangeable plates with cookie cutter shapes in which cartilage can be inserted and stamped into the right shape. “Instead of having to carve cartilage for hours, you can have it ready in a few minutes,” he says. He co-founded and developed a company called ReconstratA, and, with $30,000 from a Kickstarter campaign and a matching $30,000 gift from the Limitless Tomorrow Foundation, he designed a working prototype for preliminary animal testing. Along the way, he was able to demonstrate the device to Satoru Nagata, the Japanese surgeon who pioneered and perfected the cartilage sculpting technique. Later, he started working on further applications of the device to solve more problems in plastic surgery. The device’s blades also could be used to cut cartilage for nose reconstructions or cosmetic rhinoplasty, Leto Barone says, and because it’s low-tech, he hopes to eventually use it to train surgeons in developing countries.

He is waiting on approvals from the FDA and Johns Hopkins’ Institutional Review Board to begin clinical trials.