For the second year in a row, Johns Hopkins is participating in the International Freezer Laboratory Challenge, a six-month competition involving more than 100 universities and research organizations around the world, with points awarded for actions that promote energy efficiency, sample accessibility and sample integrity.

With summer’s heat just around the corner here in Baltimore, we were inspired to take a wide-ranging survey of fridges, freezers and chillers around the medical campus to check out the cool things they hold inside.

Some freezers, he says, were more than 10 or 15 years old and needed to be upgraded or replaced. Some were colder than necessary and could be tuned higher. Leatherman and colleagues also systematically thawed out each freezer to clear frost buildup and brought in specialists to perform maintenance.

Through these fixes and others, the lab in the Bunting Blaustein Building managed to cut the energy consumption of its freezers in half, Leatherman estimates. That’s no minor feat, considering that one ultra-low temperature freezer can drain just as much energy as a single-family household over the course of a year.

Sara Harman has been fitness director at the Denton A. Cooley Center for 14 years, and during that time she’s seen exercise trends come and go among the 300 or so students, trainees and employees who visit daily.

“During March Madness, we see a lot of people coming in to play basketball, and during the Summer Olympics, our outdoor pool becomes a big deal,” says Harman. Over the last several years, she says, there’s been a surge in the use of free weights and in powerlifting. “Power lifting has become more mainstream, particularly among women,” she says.

The Cooley Center refrigerator, stocked with sports drinks, sits next to the sign-in desk, making it convenient to grab a drink on the way in and out.

“Pre-workout, people tend to take an energy drink with caffeine added to give them a boost,” says Harman. “Post workout, our Muscle Milk® is a big seller. If they are lifting heavier, they want to supplement with added protein.”

The refrigerators in the Flower Cart shop in The Johns Hopkins Hospital bloom with tulips and daffodils — bits of spring bringing prayers for recovery. Mindful of what they represent, Nadika Naasz, the floral designer who creates these bouquets, strives to keep the colors “bright and cheery.”

You might say her floral arrangements form a changing exhibition of hope. Naasz, who graduated from the Maryland Institute College of Art in 2020, says she began painting because she wanted to be able to share her feelings with people. “I had no idea how impactful this job would be for that … In addition to the phone orders from out of town, every day you see someone thanking a doctor or a nurse — it’s very rare that people come in to get flowers for themselves.”

The kindnesses of some customers linger: One medical student drops in regularly in order to buy an arrangement for a person she will never meet. “She leaves it up to me to decide who to give it to,” Naasz says.

A freezer in the macular degeneration lab of the Wilmer Eye Institute contains an unusual trove of research: tissue samples from migratory birds that died when they mistakenly flew into illuminated buildings at night. Collected by Lights Out Baltimore, a nonprofit project of a chapter of the Maryland Ornithological Society, the specimens may provide information that can slow aging and help with the development of pharmaceutical drugs that treat cancer and certain diseases of the eye.

Gianni Castiglione, a postdoctoral fellow who works in the lab of Wilmer ophthalmologist Elia Duh, is researching how the genetic evolution of flight for birds — an activity with intense metabolic requirements — also led to the creation of specialized antioxidants, which have been implicated in extending avian life spans and keeping them cancer-free (research reported in Nature Communications in 2020).

At minus 130 degrees centigrade, the freezer holds bird cell lines in liquid nitrogen. Another freezer, at minus 80 degrees centigrade, holds samples of their retinas, livers, lungs, hearts and skin. It also contains similar material from horses that died at the large-animal hospital run by the University of Pennsylvania’s School of Veterinary Medicine. “Like birds in flight, horses also have unique antioxidant adaptations demanded by their distance running,” Castiglione says.

“Synthetic antioxidants are a major form of treatment for many people with eye disease. We’re trying to find how we can better optimize human therapy.”

A Safe Space for Milk

When lactation support services began at Johns Hopkins Medicine and University in 2011 — the year after the Affordable Care Act passed — there were three rooms for employees to express milk during their shifts.

Now there are 47 throughout the institution, with more to come, says Jeremy Hornberger, a worklife programs specialist at Johns Hopkins University. Roughly 300 employees register per year to use the spaces.

Room 4462 on the fourth floor of the Bloomberg Children’s Center is one of the most frequently used, averaging over 400 swipes per month. It offers four curtained stations that afford privacy for milk expression, a refrigerator in which to store it and a vending machine for lactation supplies.

“One of the great things about our program is providing hospital-grade pumps to these rooms, which allows for more efficient pumping sessions for the employees,” Hornberger says.

Dedicating refrigerators for storing the milk has also helped. “I’ve heard horror stories of human milk being dumped out by people who share a kitchen refrigerator in a break room,” she says. “It’s such a relief to have a safe space to store the milk. It’s such hard work — liquid gold.”

You might consider the Greens Project in the Cobblestone Café as base camp for healthy eating, its fridges filled with glistening heaps of asparagus, grape tomatoes, mesclun mix, spinach, collards, kale, brussels sprouts, broccoli and, of course, carrots. Along with more than 50 toppings (including a variety of proteins, ancient grains and homemade dressings) the veggies form the basis for made-to-order salads at The Greens Project that tempt the lunchtime crowd at The Johns Hopkins Hospital every weekday.

“Salad bars are not very safe because everyone can touch them,” he says. “Our long-range goal was to move to The Greens Project in all our hospitals, but COVID-19 helped us do it faster.” Howard County General Hospital, Suburban Hospital and Johns Hopkins All Children’s Hospitals now feature this concept, with Sibley Memorial Hospital expected to open its version soon.

“The Greens Project brings another level of the service that our hospital setting is meant for,” says Marvin Denson, director of food and culinary services at The Johns Hopkins Hospital. “Providing patients, families and employees with fruits and vegetables and toppings that are healthy helps them feel better, relax and re-energize.”

Across the university, lab freezers number about 1,800, storing various specimens and samples for research and clinical purposes. Keeping them running costs more than
$2 million per year, according to Johns Hopkins Facilities and Real Estate. 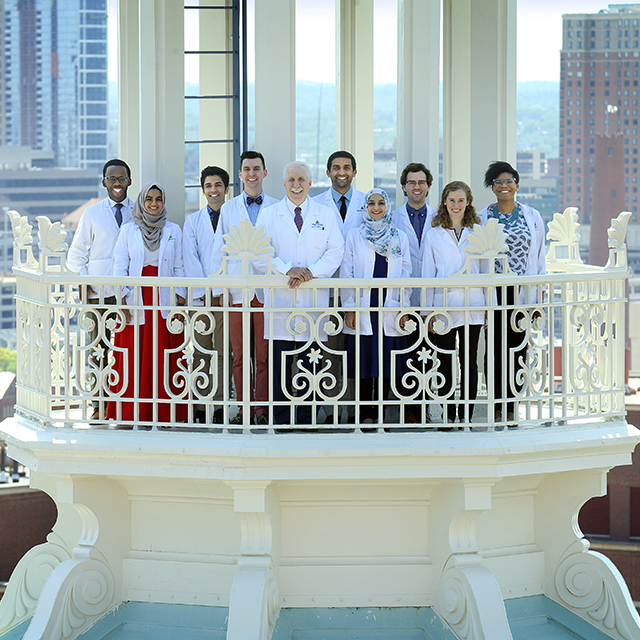 During his 10-year tenure as Dean/CEO, Paul Rothman navigated the challenges of a global pandemic while advancing precision medicine, championing health equity and fostering integration across the enterprise. 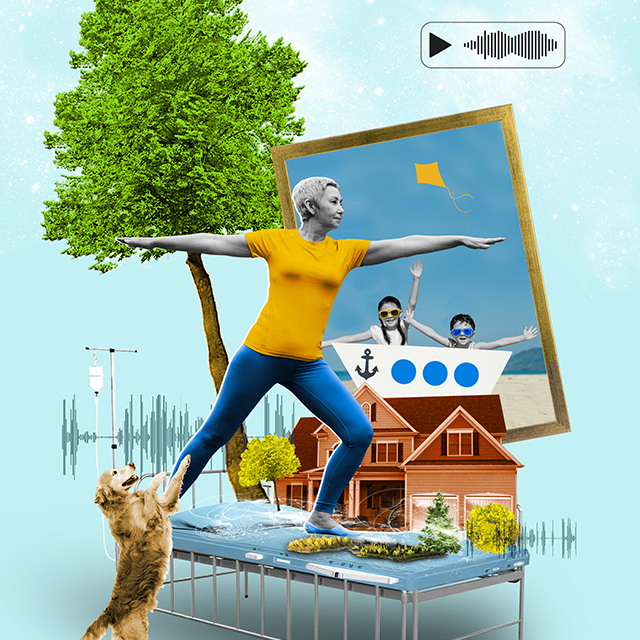 This Is My Story

How a two-minute connection is giving care teams across Johns Hopkins a humanizing window into the lives of patients who often can’t speak for themselves. 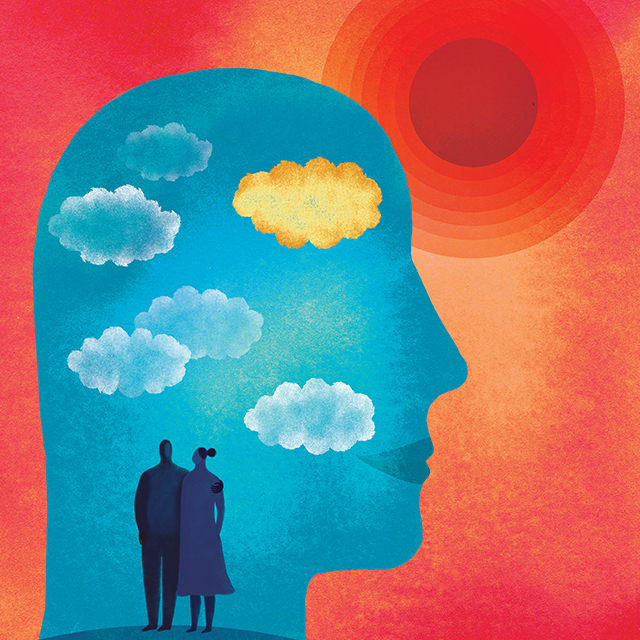 Researchers and clinicians at Johns Hopkins are increasingly focused on ensuring that patients can live as comfortably as possible and remain able to enjoy the activities they care about most.
back to top button