“Do you have a favorite all-time book? Does summer vacation make you reach for a thriller? Historical fiction? Biography? Adventure and travel? A collection of poetry?”

So, before zipping up your vacation backpack, consider what these colleagues recommend for your summer 2019 reading pleasure.

Behind The Dream: The Making of the Dream That Transformed a Nation, by Clarence B. Jones and Stuart Connelly (2011)

I am an avid reader — to stay fit professionally, for therapy and for pleasure. I just finished Behind the Dream. It’s a quick, well-written read. The author served as a lawyer and aide to Dr. King, and he provides insights and stories that influenced the famous speech. My son recommended the book.

I am currently enjoying The Salt Path. It’s a beautifully written, true story of an older couple who set out together to walk the 630 miles of the South West Coast Path in England after they learn that the husband has a terminal illness — and that they have also lost their worldly possessions through a bad business deal. It’s reflective, intimate and surprisingly uplifting.

On vacation, I plan to read two recommended works of fiction, Fleishman Is in Trouble, by Taffy Brodesser-Akner (about a hepatologist in his 40s who is undergoing a bitter divorce from his wife) and Summer of ’69 (historical fiction about a momentous era in America), by Elin Hilderbrand.

White Fragility: Why It’s So Hard for White People to Talk About Racism, by Robin DiAngelo (2018)

I just finished an excellent book, White Fragility. It is a very candid appraisal, written from the perspective of a white woman who is an anti-racist educator, about why it is difficult for nonminorities to discuss racism. A major tenet of her thesis is that by acknowledging racism, it implies that the white person is bad because historically racism has been associated with violent and hostile acts toward blacks during the civil rights movement. If a minority person raises a more subtle racial issue, it is not uncommon for their white colleague to become defensive because they fear they are being perceived as being a bad person (“white fragility”). In fact, this is not the case. In order to have meaningful cross-racial dialogue, and to move forward, we all have to be willing to exist in a space of discomfort.

It was a very compelling read and challenges the reader at times. My son, who is double majoring in journalism and African American studies at Northwestern, recommended it to me! He read it for one of his classes.

Rick Atkinson, winner of three Pulitzer prizes, has written a stunningly engrossing account of the beginning of the American Revolution titled The British Are Coming. The book is so well written that I felt that I was in an IMAX theater watching the action. His account captures well the importance of persevering against all odds — a message that seems particularly relevant for anyone confronting the challenges of health care today.

Rick Huganir, director of the Solomon H. Snyder Department of Neuroscience and professor of neuroscience

For summer leisure reading, I like science fiction, thrillers and mysteries. I just finished reading The Fifth Season. It’s a science fiction/fantasy novel about catastrophic climate changes (very timely). I immediately read the second two novels in the Broken Earth series (The Obelisk Gate and The Stone Sky).

One of my favorite books was a serendipitous find. I like the Kurt Wallander series about a Swedish policeman written by Henning Mankell, and I picked up one of his books called Italian Shoes. It was a surprise to me that it was not a mystery, but a beautiful novel about an older man living on an isolated island in Sweden. I highly recommend it.

Undaunted Courage: Meriwether Lewis, Thomas Jefferson, and the Opening of the American West, by Stephen Ambrose (1996)

I loved Undaunted Courage. It’s the story of the Lewis and Clark Expedition (May 1804–September 1806), which was the first American expedition to cover the western portion of the United States. It’s well written and compelling to read. The message I learned was what it takes to innovate and to carve new paths. It’s not easy. There are risks. But the vision and perseverance these explorers had should be motivation for all of us to push for new boundaries — or in JHM-speak, push the boundaries of science and education.

I also recently read Snow Falling on Cedars. Set in 1954 on a fictional island in Puget Sound, the novel revolves around a case in which a Japanese American is accused of murdering a respected fisherman in the close-knit community. It was great book. A real page turner.

I tend to head more to nonfiction for pleasure reading ... and I just finished a riveting book about the opioid crisis called Dreamland. It traces the complicated factors that led to the opioid epidemic, such as the influx of cheap black tar heroin from Mexico and the rise of addictive painkillers from the pharmaceutical industry, all interspersed with the tragic personal stories of its victims. The book also hits a personal note: Much of the content, including the opening chapter, references some of the places that I knew as a child in my hometown in southern Ohio.

This is one of my favorite books, and a great summer read. The story begins when the protagonist, Theo, loses his mother in a terrorist bombing while they are visiting an art museum in New York. The 13-year-old boy survives and takes a painting from the rubble — The Goldfinch — painted by a protégé of Rembrandt. The painting is precious to Theo, and it becomes his obsession. The novel follows the tumultuous arc of his life and his relationships with such characters as his deadbeat dad, a beautiful redheaded girl, a fatherlike figure who makes and sells fake antiques, and his Russian school buddy Boris who steals The Goldfinch to use as collateral for other deals.

I loved so many things about this book: The joining of historical facts with a fictional coming of age story; the author’s layered and detailed descriptions of exquisite craftsmanship in the forgery of antiques and art; and the ways in which Theo comes to understand the role he plays in his own tribulations.

Sapiens: A Brief History of Humankind, by Yuval Noah Harari (2011)

The Hidden Life of Trees: What They Feel, How They Communicate ― Discoveries from a Secret World, by Peter Wohlleben (2015)

These two books are my current reads this summer … and I love them! I’m drawn to The Hidden Life of Trees because I am learning how trees contribute to our ecosystems and about just how important they are. I also happen to love trees and forests.

Sapiens provides a wonderful way to learn about the history of humanity as well as about all the ways in which we are still interconnected to our past.

Bad Blood: Secrets and Lies in a Silicon Valley Startup, by John Carreyrou (2018)

The Count of Monte Cristo, by Alexander Dumas (1844)

It’s tough to ask me to limit favorite books! My favorite recent book is Bad Blood: Secrets and Lies in a Silicon Valley Startup. It’s about greed, ignorance, hubris, whistleblower bravery and the importance of investigative journalism.

My favorite recent beach read is Ready Player One. Recommended by my daughter, it’s a great tale of loyalty, friendship without judgment, obsession, anti-corruption — and a free internet.

Finally, there’s the book I forced my kids to read because I loved it as a kid: The Count of Monte Cristo is a timeless tale of revenge, loyalty and love.

Roy Ziegelstein, professor of medicine and vice dean for education

Compassionomics: The Revolutionary Scientific Evidence That Caring Makes a Difference, by Stephen Trzeciak and Anthony Mazzarelli (2019)

I enjoy reading many different types of books, but would like to highlight a book called Compassionomics that was given to me as a gift earlier this summer by Steve Achuff, Johns Hopkins professor of medicine emeritus.

I like it because of the subject matter, and also because it speaks about the importance of knowing patients as unique individuals; i.e., as people. It’s what we call “Personomics.”*

*Ziegelstein is credited with coining the phrase “personomics” in a 2015 JAMA Internal Medicine article about the importance of knowing the behavioral and social details of individual patients in order to truly practice precision medicine.

Faculty and staff members of Johns Hopkins Medicine are invited to offer recommendations for vacation reading in the comments section at the end of this story.

Across Johns Hopkins, a Summer Job Is More Than ‘Just a Job’ 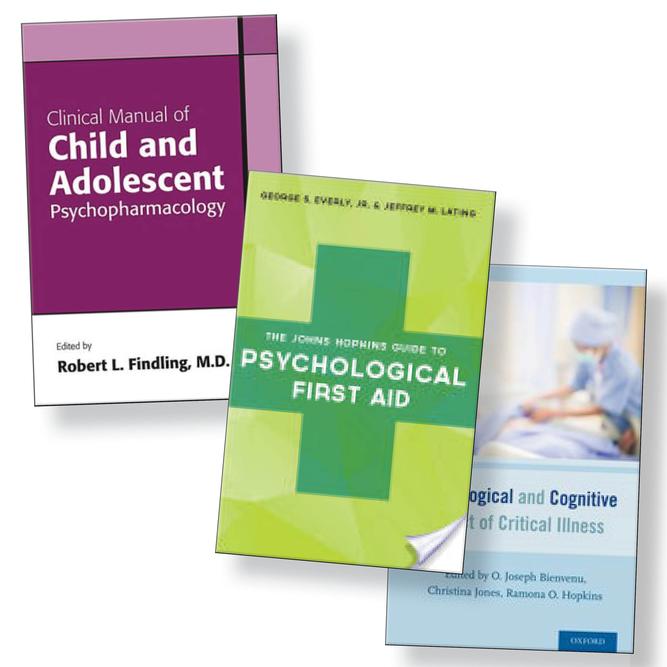 A new book by O. Joseph Bienvenu, Ramona Hopkins and Christina Jones examines the psychological and cognitive impact of critical illness; Robert Findling has published a new edition of a clinical manual of child and adolescent psychopharmacology; and George Everly and Jeffrey Lating have published a guide to psychological first aid.
back to top button