Each of those items represents an act of treatment, a moment of connection between nurse and patient, says , vice president and chief nursing officer at Suburban Hospital.

Now they’ve become the building blocks of mosaics at Suburban Hospital that serve as uplifting reminders that tiny acts of care add up to something hugely important.

The art, called Small Things, consists of three brightly colored panels representing water, wind and sun, made entirely of items nurses usually discard in the course of caring for patients.

The three 39-inch by 39-inch panels were unveiled in February in the hospital’s new 300,000-square-foot North Building.

Work on the art began in 2017, when Sidone and others at Suburban Hospital called on nurses to set aside the colorful plastic items. “We asked them, when collecting these small things, to be mindful of moments of time with patients and families,” says Kris Hakanson, the hospital’s director of patient and family experience.

The hospital collaborated with Artists Circle Fine Art to create a vision for the space. The group commissioned artist Billie Coursey-Lookingbill to create the mosaics. She wanted the items organized by size and color, so Artists Circle hosted a sorting party in October 2019 at its North Potomac barn. Nurses got together for smaller sorting parties after that.

Coursey-Lookingbill, who grew up in Montgomery County and now lives in Frederick County, says the assignment “came at a time when my father was in the last months of life.” When he passed away, she quietly pocketed the cap to one of his last medications, and added it to the corner of her creation.

“Small Things represents the many small things we do, each and every day, that collectively make a big difference to our patients and families,” says Sidone. “We all do these small things for people individually, but when we bring it together as a team, it’s just so powerful.” 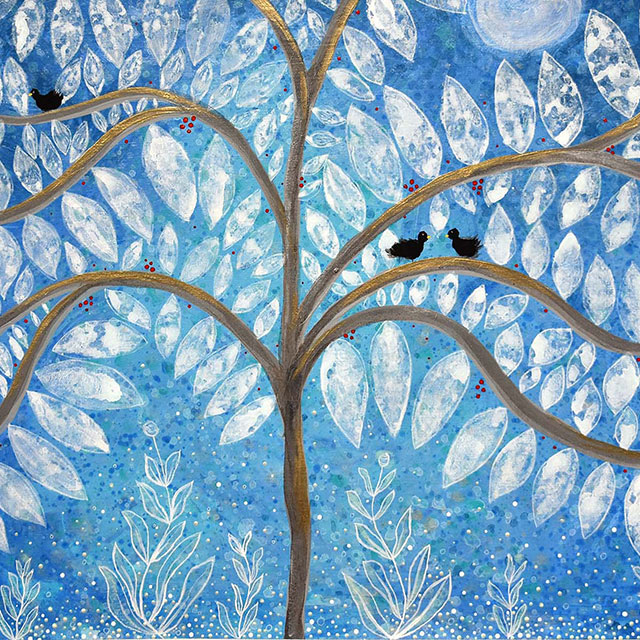 The Calming Power of Art

How the Johns Hopkins Community Physicians’ Remington practice eases patients’ anxieties — from the moment they arrive.
back to top button