Spangler’s and Wirtz’s labs together, and Jaffee independently, were investigating metastasis, the spread of cancer from a primary site in the body, which is responsible for 90% of all cancer-related deaths.

Wirtz’s interest began in 2016 when a researcher in his lab observed that cancer cells moved much faster when they were close together than when they were spread out. The lab determined the movement was caused by two molecules secreted by cancer cells and wanted to figure out a way to stop the cells from migrating.

Wirtz’s laboratory contacted Spangler, whose lab specializes in engineering antibodies — proteins in the blood that specifically target other molecules. The antibody Spangler’s lab developed to block the pathway associated with cell movement significantly reduced metastasis in a study on mouse tumors, Spangler says.

Johns Hopkins Technology Ventures (JHTV) introduced Jaffee, Spangler and Wirtz to Joseph Carroll, director of life sciences for the IP Group, a hard science investment firm that discovers and builds early-stage companies. Carroll was intrigued by the researchers’ innovations, as well as by having a clinician (Jaffee), bioengineer (Spangler) and biologist (Wirtz) as founders — three roles necessary in building a biotech company. Carroll created a plan and a funding model to build a startup around the trio.

The Bisciotti Foundation Translational Fund awarded a grant for Spangler and Wirtz’s research through JHTV in 2020 and, combined with IP Group investment, the startup has already secured nearly $2 million in funding. The company initially plans to target pancreatic and triple-negative breast cancer, two of the more aggressive forms of the disease, and aims to test its therapy in patients in the next five years.

“It’s become pretty evident that the best way to move innovations you have in your lab into the clinic is through these startup companies,” says Jaffee. “There are opportunities for early funding that you just can’t get from the [National Institutes of Health], you can’t get from foundations.” 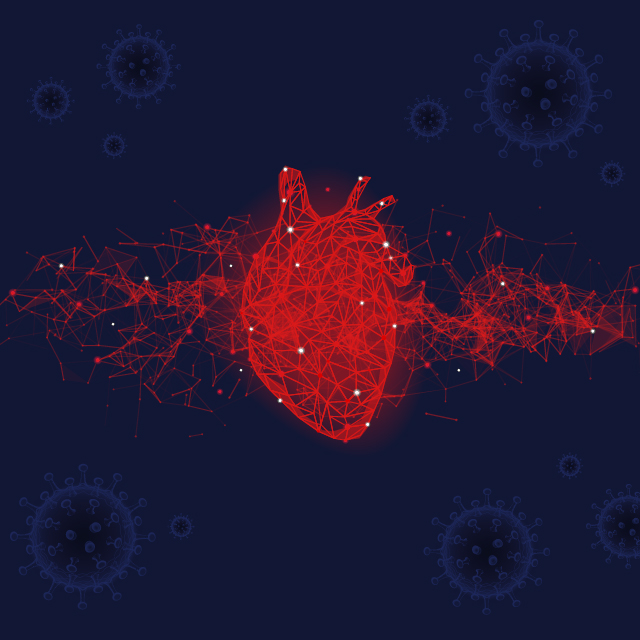 A special analysis of echocardiograms could be used to anticipate which patients hospitalized with COVID-19 are most likely to develop an irregular heart rhythm.

New Resource Enables Use of Data from Wearables in Clinical Studies