When John Campanella was diagnosed with early symptoms of arrhythmogenic right ventricular dysplasia/cardiomyopathy (ARVD/C) at Johns Hopkins 20 years ago, the only hospitals with specialized ARVD/C centers were in Padua, Italy, and in Arizona. Campanella was concerned because his father, a former linebacker and general manager for the Baltimore Colts, died of the condition (then thought to be a heart attack) in his mid-30s. His sister Carrie, also an athlete, died suddenly of the condition after riding a horse. She, too, was in her mid-30s.

Campanella and his wife, Kathy, visited both ARVD/C centers and proposed that Johns Hopkins establish a program in Baltimore. The Campanellas leveraged family funds and contacted investor Jack Bogle, an ARVD/C patient who founded and served as CEO of The Vanguard Group. Bogle provided funds to help launch the program. The Campanellas also garnered support from others, such as the family of supermodel Niki Taylor, whose younger sister Krissy died from ARVD/C.

Thanks to such support, electrophysiologist Hugh Calkins opened the Johns Hopkins ARVD/C program for research and treatment of the rare, inherited heart muscle condition that can cause sudden death in young athletes. Calkins hired cardiology fellow Hari Tandri and a genetic counselor, while Kathy Campanella linked the program to a patient support website she had started, arvd.com.

John Campanella says he took advice from the late Johns Hopkins geneticist Victor McKusick, who told him to leave no rock unturned to support the program. “What we learned is that patients can come together and work with their friends and families to raise money through smaller events,” he says. Many embraced the philosophy. The Healing Hearts Foundation, founded by nine friends of a deceased ARVD/C patient, has held several events including bull and oyster roasts and golf tournaments, raising more than $119,000.

Funding for rare diseases is difficult, says Tandri, now the center’s co-director. “It’s the motivation and the commitment of people with the disease, and their families, that really drives this engine forward.”

Donors Andrew and Sandra Cohen of the Cohen Family Fund find the experts in the ARVD/C program help to attract donor support. “Dr. Tandri is a superior doctor not only in terms of his technical skills and medical knowledge, but also in his equally important compassion and understanding of the unique impact of ARVD to the patient and the family.”

The Johns Hopkins ARVD/C program, which has become the biggest of its kind in the world, will celebrate its 20th anniversary in May 2019. The program has evaluated more than 2,500 patients from all over the world and provides information through its website, newsletters, annual reports, an annual patient and family conference, and via Feeling the Beat, which is a blog of patient stories. Physicians affiliated with the program have published more than 150 research papers about the condition. All these efforts have been made possible by donations.

“It’s been unbelievably successful,” says Calkins, ARVD/C program director. “From a terrible tragedy came this program that has saved thousands of lives all over the world.”

Current research priorities for ARVD/C include identifying the genes responsible for the 30 percent of patients who have unexplained ARVD/C; further understanding the impact of exercise on disease progression; promoting disease prevention for families who are at risk; and developing more advanced treatment regimens. Through the support of grateful patients, families and friends, the Johns Hopkins ARVD/C team will have the necessary resources to continue this research and persist in their efforts to achieve the ultimate goal: finding a cure for this rare, devastating disease.

To make a gift to the ARVD/C program, Support the Johns Hopkins Heart and Vascular Institute. 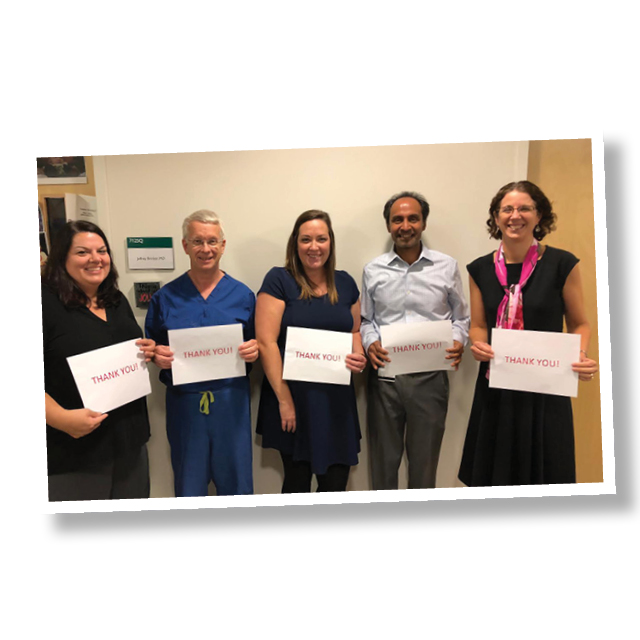