A recent Johns Hopkins-led study1 focusing on colorectal cancer that has metastasized to the liver suggests that the contributions of various risk factors change dramatically over time. The finding could lead to dynamic and personalized risk calculators that periodically update physicians on prognosis—a boon for advising patients and making clinical decisions.

Over the years, researchers have identified an array of factors that can negatively impact a colorectal cancer prognosis, explains study leader Matthew Weiss, surgical director of the Johns Hopkins Liver and Pancreas Cancer Multidisciplinary Clinics. These include genetic variables (such as the presence of BRAF and KRAS mutations), surgical variables (such as the presence of a positive margin or resected extrahepatic disease) and traditional clinicopathologic factors (such as patient age, primary tumor lymph node metastasis, tumor number and carcinoembryonic antigen levels).

These factors are often used to calculate clinical risk scores to estimate survival. However, these analyses tend to be static, calculated only once at the time of surgery.

“We know that all these factors play a role,” Weiss says. “But so far, it’s been unclear which factors play the biggest roles and whether those roles change over time.”

To answer those questions, Weiss, along with fourth-year clinical fellow Georgios Antonios Margonis and their colleagues, used data collected from 1,099 patients who underwent hepatectomy for colorectal liver metastases at one of seven tertiary academic medical centers, including Johns Hopkins, between 2000 and 2016. The researchers not only had information on the array of risk factors typically used to calculate prognosis at the time of surgery, but also information collected at follow-up visits. That included survival, defined as the interval from the initial liver resection to death or the most recent follow-up visit.

When the researchers looked at overall survival, they found that the likelihood of death wasn’t uniform over the months and years following surgery—instead, it peaked at 12 months and diminished afterward. Using a combination of statistical techniques, they weighed which factors contributed most to the risk of death over time. Rather than each factor having a static weight, Weiss, Margonis and their colleagues found that their weight changed as time passed.

In the first year after surgery, they discovered, the BRAF mutation had the strongest association with death. But for those patients who survived past 12 months, surgical factors, such as the presence of a positive margin and the need to resect disease that had spread beyond the liver, became more important.

“Even if patients had the BRAF mutation, which is usually associated with a very poor prognosis, surviving past one year gave them the same prognostic risk as patients who had no BRAF mutation at all,” Weiss explains.

The KRAS mutation and other traditional clinicopathologic factors, such as age and lymph node status, affected survival constantly, but to a more moderate degree.

Weiss notes that these findings could help clinicians who treat metastatic colorectal cancer give a more practical and individualized prognostic forecast to patients over time than current risk calculators provide. The findings could also help providers develop surveillance protocols and optimize the timing for multidisciplinary therapies. While genetic risks are currently immutable, surgical ones vary with a surgeon’s knowledge and technical skill—for example, knowing exactly where to resect without leaving a microscopic margin could make a tremendous difference for survival.

“We have to improve the prognoses of these patients,” Weiss says. “Knowing where their risk lies over time is a significant step in that direction.”

The findings could help providers develop surveillance protocols and optimize the timing for multidisciplinary therapies.

Hepatologist Amy Kim explores the latest treatment options and research in the field of liver failure and explains the importance of multidisciplinary care in the treatment of liver disease.

Surgical oncologist Jin He describes the minimally invasive surgical techniques available for patients with liver cancer or a liver tumor, the benefits and who is an ideal candidate. 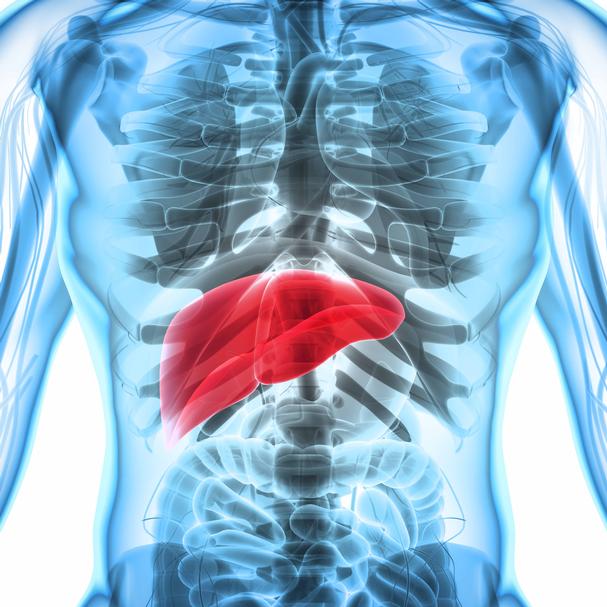