Theodore DeWeese, who grew up in public housing, has scaled the heights of academic medicine to become interim dean of the Johns Hopkins University School of Medicine and CEO of Johns Hopkins Medicine.

He is taking the helm of Johns Hopkins Medicine and the Johns Hopkins University School of Medicine following the July 1, 2022, retirement of Paul B. Rothman, who held the dual role for 10 years.

“I was very honored to even be asked,” DeWeese says in a May interview in his office in the Miller Research Building, shortly after accepting the role but before his move down the hall to the more spacious dean’s office. “I think at this point in my life, the set of experiences and skills I have accumulated are best used in this leadership role.”

As interim dean and CEO, one of his priorities, DeWeese says, will be overseeing development of the 12-story research tower at the site of the former Johns Hopkins Hospital Children’s Medical and Surgical Center.

He also plans to advocate for higher faculty salaries and a stronger pipeline to increase diversity among faculty members. “I want everyone who works here to feel like they have a stake in Johns Hopkins, that their voices are heard and considered and acted upon,” he says.

DeWeese is a slim and energetic man who likes to say he has had an extraordinarily lucky life, propelled by mentors, friends and family who believed in him. Extending those opportunities to others is important to him.

“Empowering people to do impactful things was Ted’s habit as a director, and I think that is what he will do in the school of medicine and the health system,” says William Nelson, professor of oncology and director of the Sidney Kimmel Comprehensive Cancer Center at Johns Hopkins, who has worked with DeWeese for decades. “He will trust people and help them do what they need to do.”

When DeWeese was 3, his father died, leaving "my mom, two sisters and me with no house, no money, no job and no food," he says. The family moved into public housing in Denver, where they got to know neighbors who had little, but shared what they could.

“I’ve had all these people in my life give me advice, give me a hand up,” he says, adding that he gradually became aware that his skin color gave him an advantage: “My friends who lived in the same neighborhood as me just never received the same support.”

Nobody in his family had gone to college, and DeWeese didn’t plan to either. After high school, he worked for several years at a Ford dealership outside Denver, racing his motorcycle in his spare time.

Eventually, at the urging of a friend, he began pursuing a business degree at Metropolitan State University of Denver. To fulfill a requirement, DeWeese took a chemistry class. He discovered a passion for science, and ultimately graduated with a degree in chemistry.

“I found Dr. Clive Solomons, a biochemist at the University of Colorado who was doing research on patients with rare diseases,” says DeWeese. “He took me into his lab and taught me science, how to think and problem-solve, and pursue problems with direct importance to patients. This experience changed my life and allowed me to even consider medical school and a research-focused career.”

DeWeese went on to the University of Colorado School of Medicine, and became interested in radiation oncology and its power to improve and save lives. His research showing that radiation treatment could help patients with AIDS who had lymphoma was important enough that he was able to publish a paper and give a presentation to a national conference while he was still a student.

After graduating, he continued his work in radiation oncology at Johns Hopkins, where he completed his residency at The Johns Hopkins Hospital, served as chief resident, and performed a laboratory research fellowship at the Johns Hopkins Oncology Center and the James Buchanan Brady Urological Institute.

When the school of medicine created a Department of Radiation Oncology in 2003, DeWeese became its founding director. In that role, which he held for 15 years, he conducted multiple clinical trials aimed at improving the life quality and longevity of men with prostate cancer, including gene therapy that used a common cold virus to target cancer cells while leaving normal cells unharmed.

He recruited and supported diverse faculty, staff and trainees, particularly women, who quickly made up 50% of trainees and faculty in the department, nearly twice the percentage of the field as a whole. As president of the American Society for Radiation Oncology, he led a board restructuring that created their Committee on Health Equity, Diversity and Inclusion.

Akila Viswanathan, hired from Brigham and Women’s Hospital at Harvard Medical School by DeWeese in 2016 as executive vice chair of the Department of Radiation Oncology and Molecular Radiation Sciences, became interim director and then director of the department.

“He provided opportunities for me to grow in leadership,” says Viswanathan, who worked closely with DeWeese to establish the Johns Hopkins Proton Therapy Center at Sibley Memorial Hospital. “It was a true partnership from the time of my arrival.”

She describes DeWeese as a strategic thinker with a deep understanding of Johns Hopkins culture.

One of DeWeese’s hires, in 2015, was Curtiland Deville Jr., now medical director of the Johns Hopkins Proton Therapy Center.

Deville said he came to Johns Hopkins from the Hospital of the University of Pennsylvania in part because he was so impressed with DeWeese. “He had a passion for the development and success of his own faculty members,” says Deville.

“I am sure that in his role as interim dean, he will continue to demonstrate his exemplary commitment to the tripartite mission of clinical care, research and education with the highest levels of inclusive excellence,” Deville said in an email. “These efforts will continue to benefit our patients and their caregivers, staff, trainees, researchers and faculty.”

In September 2018, DeWeese become the vice dean of clinical affairs and president of the Johns Hopkins Clinical Practice Association; in January 2019, he stepped down as director of the department and as radiation oncologist-in-chief of the Johns Hopkins Health System.

DeWeese’s wife, Bonny DeWeese, is assistant director of finance for The Johns Hopkins University’s Center for Talented Youth, and both their children have studied in Johns Hopkins graduate programs.

“Given what this institution means to me, and what it means locally and to the world, I feel a tremendous honor and responsibility,” he says. “I’m now the representative of a place that I love.” 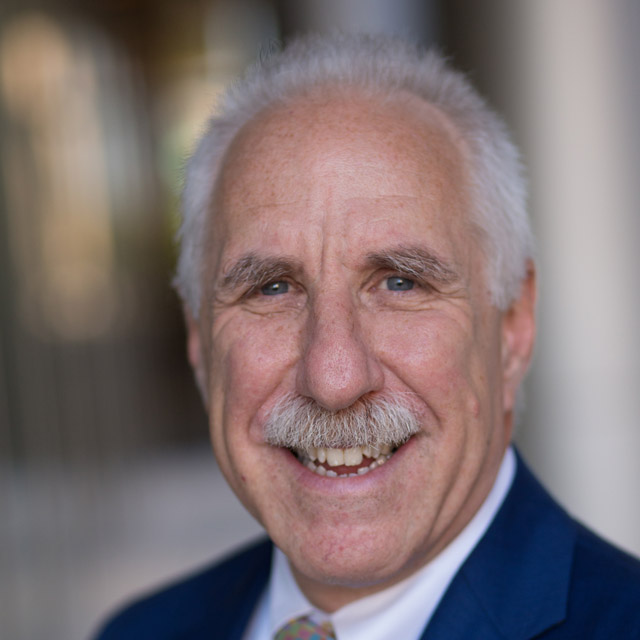 Rothman to Retire as Dean/CEO

“A decade felt like the right time horizon to help advance the missions of JHM,” says Rothman.

DeWeese succeeds Bill Baumgartner, who retired as vice dean for clinical affairs after more than 35 years with Johns Hopkins.
back to top button