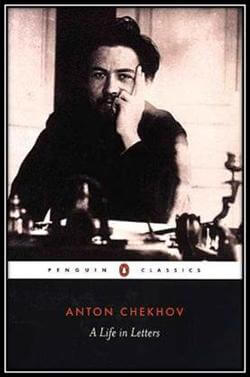 “Medicine is my lawful wife and literature my mistress; when I get tired of one I spend the night with the other.” – Anton Chekhov, Letters (1888)

Every patient has a story to tell and within each story lies hidden healing value for the physician who mines it, combined internal medicine-pediatrics resident Ben Oldfield revealed at a recent Hopkins Children’s Center Grand Rounds. But to do so, he added, physicians must learn how to recognize and metabolize stories of illness, a concept known as narrative competence.

“Effective medicine requires narrative competence, or the ability to absorb, interpret and act on the stories and troubles of others,” said Oldfield, who holds an undergraduate degree in comparative literature at Swarthmore College. “Utilizing the narratives important to your patients in the clinic—whether they be literary ones or from pop culture—can empower them to cope with their illness experience and help generate resilience in the face of adversity.”

Through narrative medicine physicians can build reflective practices that enhance their professionalism and collegial relationships, and reveal greater meaning to their clinical practice. But where narrative medicine meets children, their families and pediatricians in the clinical setting, Oldfield adds, there is particular value.

“Illness scenarios from real patients are so powerful that in addition to eliciting empathy they can also entirely alter the way the patient, physician, and society perceive the condition and care,” Oldfield said, citing the storied death of Ryan White from HIV/AIDS in the 1980s. “Honoring the power of these narratives can help us not only ally with our patients but understand the social context—and stigma—of disease.”

These narrative medicine resources, Oldfield concluded, call on doctors, nurses, social workers and other caregivers to listen to and understand the stories of their patients, to see illness in a larger context by drawing upon their own imagination and creativity.

“People who are sick and those for care for them are storytellers,” Oldfield said. “Let patients and their families talk. And let’s learn from their detailed accounts of themselves.”
##