The professor pulled the medical student aside, loudly berated him and threw him against a wall. The student, Roy Ziegelstein, was rattled. But he didn’t report the incident.

In fact, he forgot all about it for 30 years, until he was reminded by his work. He was addressing learner mistreatment in his role as vice dean for education at the Johns Hopkins University School of Medicine.

“When I began speaking to different groups about this issue, they would often ask if I experienced mistreatment when I was a student,” says Ziegelstein. “I would tell them I couldn’t recall.”

“Then one day, I thought more about it and realized that for some reason, I had forgotten the times I was publicly humiliated or berated, even the time I was literally thrown against the wall by a faculty member who didn’t like what I had written in a patient’s chart. I guess it just seemed like a part of the medical student culture.”

That culture is finally changing, both nationally and at Johns Hopkins.

Learners are recognizing and reporting mistreatment, harassment and discrimination more frequently. And institutions such as Johns Hopkins are working hard to prevent it, and to address it seriously when it occurs. In July 2019, for example, a school of medicine professor of molecular biology and genetics resigned after the university’s Office of Institutional Equity found he had violated the school’s sexual misconduct policy. The medical faculty advisory board, the dean of the school of medicine and the university’s provost had recommended his termination.

The faculty member was accused of “sexual harassment of a student, abusive and bullying behavior toward trainees, and other inappropriate behaviors,” according to an internal email sent at the time from Johns Hopkins leadership.

Kyle Cavagnini, then president of the school of medicine’s 800-member Graduate Student Association (GSA), praises the university’s response. “The complaint was taken seriously, it was investigated, consequences occurred and the consequences were made public,” he says. “That shows me that the school of medicine is committed to holding individuals accountable for unacceptable behaviors.”

Carol Greider, director of the Department of Molecular Biology and Genetics, informed members of her department about the resignation. “We all need to be mindful of how we treat each other in all working relationships,” she wrote. “We are committed to helping to change the culture so that together we can help create a positive environment for our students, postdocs, faculty and staff.”

The university has taken several steps to address learner mistreatment, working closely with Cavagnini and other students and trainees who have been collaborating with the university on anti-mistreatment policies for several years.

“Students going through these issues may feel frustrated, partly because the reporting and investigation process can feel slow,” says Kaitlin Wood, GSA president for the 2019–2020 academic year. “But the school is working to make it better.”

One improvement is adding a second location for the Office of Institutional Equity, which investigates reports of discrimination and sexual harassment for all Johns Hopkins University schools. The office also ensures the university is complying with affirmative action and equal opportunity laws, and it is a resource for people requiring accommodations for religion or a disability. Its main office is on the Homewood campus.

The OIE satellite office for the school of medicine, located in Suite 403 of Reed Hall, is open from 10 a.m. to 6 p.m. every other Tuesday. Anyone can walk in to have a conversation, ask questions or file a report, says Joy Gaslevic, interim vice provost for institutional equity. (To make an appointment, call 410-516-8075 or email oie@jhu.edu.)

“The new office hours create a more regular presence for us, especially for walk-ins,” Gaslevic says, adding that OIE has been working with Ziegelstein and other East Baltimore leaders to make students and faculty and staff members aware of the new resource.

“Graduate students told me that having to travel to the Homewood campus to the OIE added a barrier to reporting discrimination and harassment,” says Ziegelstein. “I’m absolutely delighted that OIE agreed to have a physical presence on the East Baltimore campus, and that we found an appropriate space that is off the beaten path so those who wish to report issues can feel comfortable that they won’t be seen walking in.”

The school of medicine created the Resources for Reporting Mistreatment portal in 2019, which provides easy-to-navigate information about how to report mistreatment and where to find counseling or emotional support.

“Romantic and/or sexual relationships are viewed as incompatible with a teaching/training relationship,” the policy states. “This view applies regardless of whether the context involves, for example, an undergraduate student and an instructor, a graduate student and a professor in the same program, or a clinical resident and the attending physician.”

A new discrimination and harassment policy and new procedures went into effect June 1, 2019, replacing the general anti-harassment policy and providing “a more robust statement of prohibited conduct” and “rights and options for addressing issues of protected status based discrimination and harassment,” says Gaslevic. In addition to many other rights and options, parties to a matter under the new policy may have a supporter accompany them to any meeting or hearing.

An updated sexual misconduct policy and procedures, effective Aug. 1, 2019, allows people who report sexual misconduct to have two supporters, one of whom may be a lawyer or trained advocate, during the investigation. In the past, just one supporter was permitted.

The Scope of the Problem

Whether it's from teacher to student or between peers, bullying and harassment are common on campuses nationwide. The Johns Hopkins University is one of 33 universities participating in a schoolwide Association of American Universities study that asks learners each year about their experiences with sexual assault — defined as nonconsensual sexual contact. Results released in October show that 12.5% of Johns Hopkins students had experienced sexual assault, compared to 17% for all the schools.

Another survey, the Association of American Medical Colleges’ Medical School Graduation Questionnaire, showed that 40.4% of medical students in the country experienced some form of mistreatment in 2019, a number that has scarcely budged since 2015.

In 2016, the GSA at Johns Hopkins added questions about mistreatment to the annual surveys it began in 2012. Each year, dozens of master’s and doctoral students in the school of medicine anonymously document mistreatment they experience and observe, including public humiliation, abusive comments, unwanted sexual advances and threats of physical harm. The numbers have risen slightly over the years, probably because awareness of mistreatment has grown, says Cavagnini.

Yet the GSA surveys also show that most graduate students still don’t report the mistreatment they experience or observe. “I am scared of how reporting will affect my reputation as a student among faculty,” one student wrote in 2019.

The university forbids retaliation for reporting mistreatment, but repercussions can be difficult to prevent.

“Let’s say you’ve spent a year and a half in a lab,” says Wood, a doctoral candidate in the Department of Cell Biology. “Problematic behaviors escalate over time, so things that didn’t seem bad at the start have now crossed a line. You have a year and a half of data but no rights to that data. If you report misconduct, you’re most likely not going to stay in the lab. You’re throwing away that work.”

The concept of medical school mistreatment first appeared in a 1982 JAMA article by Colorado pediatrician Henry Silver, who decried the transformation of too many medical students from bright and eager to cynical and depressed. “Is it possible that medical school is a place where medical students are actually abused?” he wrote. The answer, of course, was yes.

Yet for decades, harsh treatment of medical students was routinely ignored or excused, physicians, trainees and academicians agree. Ziegelstein notes that some faculty in academic medicine believe that teachers have to be tough and demanding in order to teach effectively, much like the abusive drum instructor played by J.K. Simmons in the 2014 movie Whiplash. Ziegelstein says teachers who yell at students and demand perfection typically don’t recognize that aspects of their behavior and teaching style constitute mistreatment.

Cavagnini, a doctoral candidate in biological chemistry, says that some of the mistreatment comes from the fact that many faculty members have not been trained to teach or mentor. “Their training may be solely as researchers,” he says.

Jennifer Haythornthwaite, professor in the Department of Psychiatry and Behavioral Sciences, is working with Cavagnini and others on a series of workshops to help faculty develop mentoring strategies through role-playing scenarios such as a mentor being rude to a student.

The program is not specifically designed to address learner mistreatment. But “we are going to have cases that bring up topics like bullying and social disparagements,” Haythornthwaite says.

Ziegelstein promotes the idea of “microaffirmations,” a term that Massachusetts Institute of Technology professor Mary Rowe coined in the 1970s. Microaffirmations, says Ziegelstein, are “relatively small acts, which generally don’t take much time, and affirm another person’s humanity. It could be a quick email that says, ‘Great job today with your presentation.’ How long does that take? Thirty seconds?”

These positive comments can help students learn better, and eventually make them more compassionate as physicians and more innovative and creative as scientists, he says.

“What I tell people who practice microaffirmations is they’re not only uplifting their students, but the more they practice this behavior, the less likely they are to engage in bad behavior,” Ziegelstein says.

We have the best and brightest learners in the world. If we can’t allow them to learn and be productive without the stress of experiencing negative behaviors, we've not just failed them and failed Johns Hopkins, we've really failed the world." 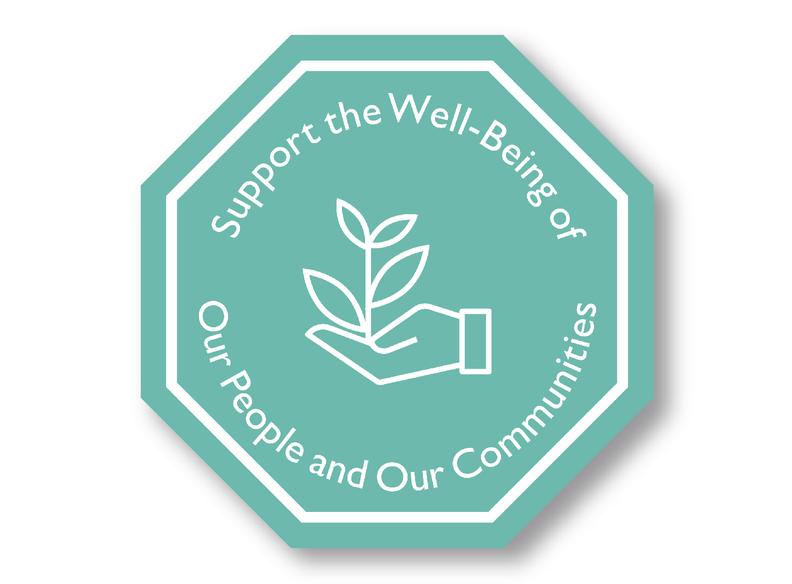 With so many resources available, a good first step is to go to the new Resources for Reporting Mistreatment portal for the Johns Hopkins University School of Medicine. It guides users through the reporting process, answers questions and directs users to counseling services.

The Office of Institutional Equity (OIE) ensures that The Johns Hopkins University is compliant with affirmative action and equal opportunity laws, that it investigates discrimination and sexual harassment complaints, and that it serves as a central resource for people with disabilities or those who require religious accommodation.

What's the difference between bullying and harassment? And what behaviors count as microaggressions? Johns Hopkins University uses the definitions below.

Bullying: Unwanted, recurring aggressiveness that causes psychological or physical harm, and creates a psychological power imbalance between the bully and targets.

Microaggressions: Verbal, behavioral or environmental indignities, whether intentional or unintentional, that communicate hostile, derogatory or otherwise negative prejudicial slights and insults toward any individual or group, particularly culturally marginalized individuals and groups.

Harassment: Any behavior that is based on an individual or group’s membership in a protected class, and that is unwelcome and creates a hostile environment. (For more definitions, click here.)