Johns Hopkins Hospital nurses regularly go above and beyond the call of duty to care for patients. For some, that means travelling to other states or even other countries to provide aid in the wake of a natural disaster.

With this year’s unusually active hurricane season, nurses from The Johns Hopkins Hospital have deployed to southeast Texas to assist with Hurricane Harvey response efforts and to the island of St. John to provide and support patient care in the aftermath of hurricanes Maria and Irma.

Harvey made landfall in Texas on Aug. 25 as a Category 4 storm, bringing rain in excess of 50 inches to some areas, making it the biggest rainstorm in the history of the continental U.S. The storm caused historic flooding in the Houston area before moving east to Louisiana and Mississippi.

Nurse educator Pamela Boone-Guercio, ambulatory, was deployed to Texas as part of a rapid response Disaster Medical Assistance Team (DMAT) to provide medical care to those affected by Harvey. This federally coordinated effort dispatches health professionals, including physicians, registered nurses and paramedics, often within hours of when a major disaster or emergency occurs. EMS nurse Brandon Parkyn, Lifeline, was also dispatched to Texas to aid with Hurricane Harvey response efforts.

In the wake of these storms, two teams of medical experts from the Johns Hopkins Go Team have already travelled to the island of St. John in the U.S. Virgin Islands to assist with recovery efforts in the aftermath of hurricanes Maria and Irma. The Go Team is a multidisciplinary team organized by the Johns Hopkins Office of Critical Event Preparedness and Response, or CEPAR, that can rapidly deploy to areas of crisis following a natural or man-made disaster. In collaboration with Bloomberg Philanthropies, these humanitarian missions to St. John are bringing much-needed supplies, medicines and medical personnel to the badly damaged clinic and paramedic station on the island.

The first team, which landed on the island in late September, included two physicians; a clinical psychologist; a nurse practitioner, Sharon Owens, surgery; and two registered nurses, Marybeth Pule and Sarah Gray Ngaothong, Lifeline. In addition to providing emergency medical care to patients in need, the team helped set up a temporary medical clinic after the island’s only clinic was heavily damaged in the Category 5 storms.

A second wave of medical experts from the Go Team was deployed to St. John in October as part of a follow-up medical mission to support ongoing recovery efforts. This group included two nurses, Maddie Whalen, AED, and George Murray, Lifeline; two physician assistants; two physicians; and a research faculty member. The purpose of this new wave of experts is to continue to provide and support patient care and assess the long-term health care needs of the island, which is continuing to rebuild after the hurricanes.

A third wave of Go Team members is expected to travel to St. John as part of these recovery efforts in the near future. Visit the CEPAR website to read updates and information on the Go Team’s deployment in St. John. 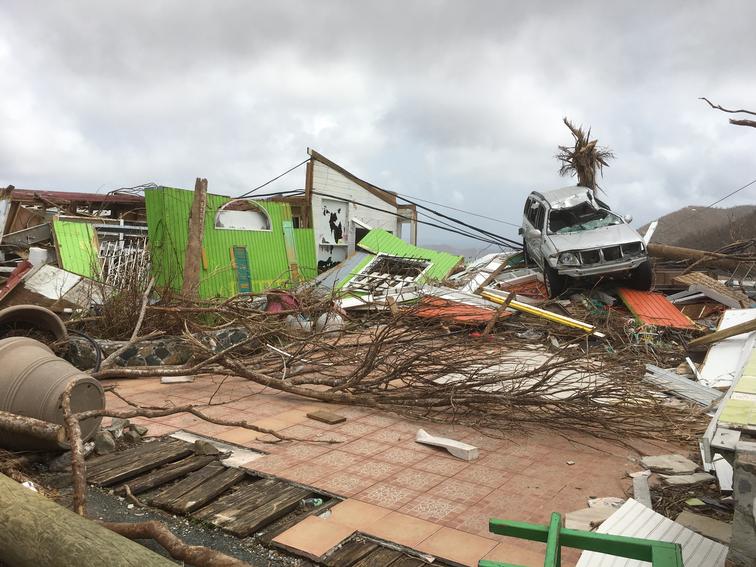 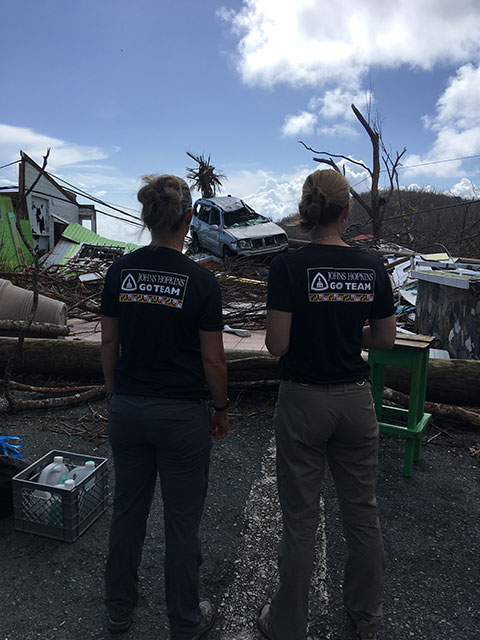 Below, a member of the Johns Hopkins Go Team administers a tetanus shot.