About 200 Baltimore students attended the fifth annual Henrietta Lacks High School Day on April 26 to learn about a woman who was nearly lost to history.

Henrietta Lacks was just 31 when she died of cervical cancer at The Johns Hopkins Hospital on Oct. 4, 1951.

Her cancer cells were taken by a Johns Hopkins researcher who had been searching for cells that would live and multiply outside the human body. He had collected cells from hundreds of patients, black and white, before finding success with those of Lacks, an African-American mother of five.

Johns Hopkins at first gave away the cells, named HeLa for the first two letters of Henrietta and Lacks. Now, Johns Hopkins, like other research institutions, buys HeLa cells from companies that store and manage the cells.

HeLa cells have propelled scientific advances that have saved millions of lives, including cancer therapies and the polio vaccine. But Lacks and her family didn’t know her cells were replicating and living in laboratories around the world. The consent form Lacks signed, typical for the time period, gave doctors permission to treat her but did not mention research.

“This is a Baltimore story,” Daniel Ford, vice dean of clinical investigation for the school of medicine, told the assembled students. “We want you to really know and think through how you interpret that story."

As part of the day-long event, students broke into groups for several smaller sessions. In labs, they stained live cells to learn how to diagnose liver disease, employing a technique that was used in 1951 and is still followed today. They participated in discussions about research protocols and ethics and heard how Johns Hopkins scientists are working with local leaders to improve public health.

Logan Cary urged his fellow teens to stay focused on their goals. Cary, this year’s recipient of the $40,000 Henrietta Lacks Dunbar Health Science Scholarship that Johns Hopkins gives to one Paul Laurence Dunbar High School senior each year, plans to attend Temple University in Philadelphia and hopes to become an anesthesiologist.

“How many of you are aware of who Henrietta Lacks was and what she has done for you?” Rodgers asked the students. Nearly all raised their hands, indicating they had read the book. “I’m still going to introduce her," said Rodgers.

“She's the reason we're all here.  It's a long list of what she has done. She cured polio and helped with other medical advances. I want her name to be embedded in your memory."

See a video about the legacy of Henrietta Lacks and the ways Johns Hopkins Medicine honors her contributions. 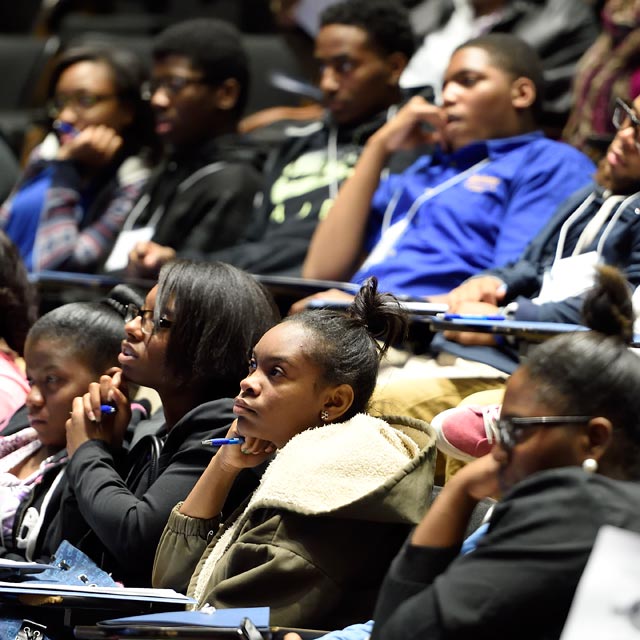 The Complicated Legacy of Henrietta Lacks 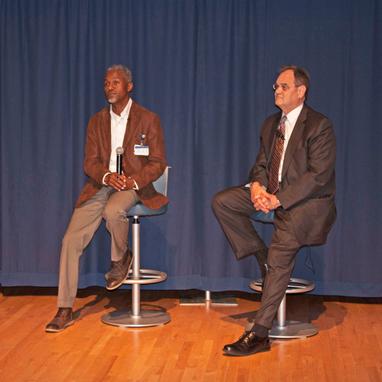 The Immortal Life of Henrietta Lacks

Over 2,000 Johns Hopkins faculty, staff and students attended one of the pre-screenings of the highly anticipated HBO film, The Immortal Life of Henrietta Lacks.
back to top button