Recently listening to Henryk Gorecki’s Symphony No. 3 brought Rob Jacobs back to a life-changing experience that happened a decade ago. After ingesting a psychedelic drug as part of a formal study at Johns Hopkins, he was lying on a couch at the research center, wearing eyeshades and feeling a deep emotional connection to the music playing through his headphones.

“It was unbelievably beautiful. It literally moved me to tears,” Jacobs, now 52, wrote in his post-session report in 2010. “It seemed to capture the human condition, the beauty and sadness of existence. Melancholy but majestic. … It was like I could see right into the heart of the matter with crystal clarity.”

Jacobs remembers all these feelings, which came on as he began experiencing the effects of psilocybin — the active ingredient in so-called magic mushrooms.

Gorecki’s 27-minute composition, also known as “Symphony of Sorrowful Songs,” is one of a collection of mostly classical pieces that help unlock elevated states of consciousness for study participants at the Johns Hopkins Center for Psychedelic and Consciousness Research. The seven-hour and 40-minute playlist, developed by researchers at Johns Hopkins, seeks to express the sweeping arc of the typical medium- or high-dose psilocybin session. (There is extra time built into the playlist, as session length can vary.)

This playlist supported the psychedelic experiences of those who participated in a new study published Nov. 4 in JAMA Psychiatry that found that psilocybin may show promise as a treatment for adults with major depression. A version of the playlist is available on Spotify.

The research center, which launched in September 2019, is believed to be the first such center in the country and the largest of its kind in the world. Its research focuses on how psychedelics can impact brain function and mood in healthy individuals and in patient populations, including conditions such as tobacco addiction and anorexia nervosa as well as anxiety and depression in people with life-threatening cancer.

The 2010 study Jacobs participated in examined the impact of psilocybin on spiritual practices — in Jacobs’ case, meditation.

Psychologist Bill Richards, whose involvement in psychedelic research dates back to 1963, masterminded the playlist. As a researcher at the center, he emphasizes that the music is chosen for its ability to guide and support the participant’s experience.

“We’re exploring the human psyche, which might take you through some painful things in childhood. It may take you into some archetypal or visionary realms that you never knew were possible. It might take you beyond usual consciousness into a realm that feels eternal,” says Richards.

Psilocybin researchers at NYU Langone Health and the Usona Institute in Madison, Wisconsin, have since adapted the playlist for their own research.

“We were striving to create a blend of resonance with the music and emotional/psychological challenge that are thought to be beneficial,” says Malynn Utzinger, co-founder and director of integrative medicine at Usona. “We paid attention to the structure and tone of each section of the Hopkins list, and while we did not use quite as much strictly classical music, we wanted to create a list with a relatively high amount of ‘structured’ music versus ambient.”

The Birth of a Playlist

The playlist, which Johns Hopkins has used since it began its psychedelic research 20 years ago, dates back to 1967. At the time, Richards was involved in similar research at the Spring Grove Hospital Center in Catonsville, which is now part of the Maryland Psychiatric Research Center. There, he and other researchers investigated LSD, psilocybin and other psychedelics for treating substance use disorder, depression and the psychological distress associated with terminal cancer. The drugs were also studied for their effects on the professional lives of religious and mental health professionals.

“We were working with 33 RPMs and turntables, and always trying to decide what record to play next,” Richards recalls. “We developed a certain intuitive list of favorites that just seemed to work well with a lot of people. … People’s experiences were going deeper and deeper, becoming very profound.”

The late music therapist Helen Bonny, who also worked at the center, devised a number of cassette tape playlists with names such as “peak experience” for her doctoral thesis. When Richards joined center Director Roland Griffiths to initiate psilocybin research at Johns Hopkins in 1999, he created a formal playlist that drew partly from Bonny’s tapes as well as from music he had used. His son Brian, who worked at the Johns Hopkins center as a postdoctoral research fellow, contributed in particular to what Richards calls the “welcome back to Earth music.”

The playlist is divided into segments: background music that plays as the participant arrives for his or her session; music that plays when the drug is starting to take effect, at which point he or she is lying down and wearing eyeshades and headphones; the ascent; the peak; the post-peak; and the “welcome back” music. There are usually two researchers in the room, referred to as guides, who simultaneously listen to the playlist through speakers.

The music in each section is deliberately chosen to accompany a particular part of the psychedelic journey. For example, Richards finds that Samuel Barber’s iconic “Adagio for Strings” works well as participants approach the peak, when the effects of the psilocybin are steadily intensifying.

“The music chromatically develops, and it goes up and reaches this exquisite climax and then comes back down,” he says.

For the onset of the drug, on the other hand, he thinks the best music is “unfolding and has a dependable structure.”

“It’s going somewhere, it’s picking you up and carrying you. It’s got some force, some substance,” he says. “It doesn’t have very unpredictable changes of rhythm or something that’s going to startle or frighten you. So, it’s a net of reassurance, almost, and of leadership.”

“I think of it as a nonverbal support system, sort of like the net for a trapeze artist,” he says. “If all is going well, you’re not even aware that the net is there — you don’t even hear the music — but if you start getting anxious, or if you need it, it’s immediately there to provide structure.”

The majority of the music is either instrumental or choral with non-English text, and purposefully so. In order to keep participants “inside” the experience, only the last section of the playlist uses selections with recognizable words.

“It’s the structure, the harmonic design, the richness, the unfolding, the harmonies, the dissonance, that really matters,” he says. “If you’re truly trying to shift consciousness beyond the level of the everyday self, you have to get beyond language.”

Jacobs, an adjunct instructor in English and literature at the Community College of Baltimore County and the Osher Lifelong Learning Institute at Johns Hopkins University, wasn’t familiar with most of the music he heard during his sessions. Because of that, he felt that it didn’t “preload any experience” and was more supportive than directive.

At the end of his session, however, he was glad to hear the familiar tune of the Beatles’ “Here Comes the Sun,” which Richards considers part of the “welcome back to Earth” music. (The song was included on previous versions of the current playlist, which can vary slightly between studies. For the JAMA study, the second to last song is Louis Armstrong’s “What a Wonderful World.”)

A decade later, former study participant Jacobs says his experience with psilocybin showed him that life is a fundamentally spiritual experience. It made him less frightened of death, more centered and more committed to a spiritual path.

That kind of revelation is something Richards has seen from the beginning. In the early days of his research, he recalls most participants with substance use disorder being unfamiliar with Brahms’ symphonies. After the sessions, they bought the music for themselves.

“It spoke [to them]. It took on meaning in the struggle, the unfolding, the dissonance being resolved. They could understand that that type of classical music is a language about life and human experience. And when you’re in the music, it’s so different from listening to the music.”

I think of it as a nonverbal support system, sort of like the net for a trapeze artist. If all is going well, you’re not even aware that the net is there — you don’t even hear the music — but if you start getting anxious, or if you need it, it’s immediately there to provide a structure.”

The following selections are among those played during different segments of the playlist used in the recently published depression study.

· “Welcome back to Earth” music: 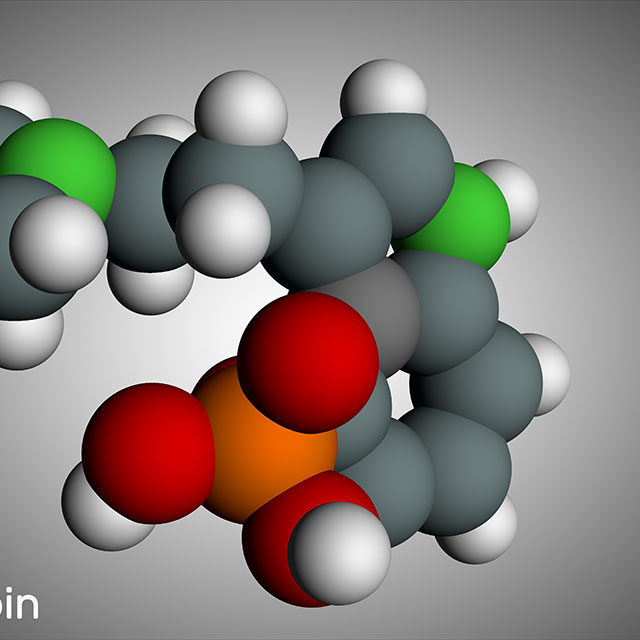 Matthew Johnson and Roland Griffiths are leading research on psilocybin, a naturally occurring psychedelic compound found in certain mushrooms.
back to top button