William H. Zinkman, a renowned hematologist and revered mentor who was called “the heart and soul” of the Department of Pediatrics during his five-decade career at Johns Hopkins, died on February 7, 2021, at his Baltimore County home. He was 96. Nationally acclaimed for his biochemical research into inherited metabolic defects in hemoglobin, Zinkman was celebrated by residents for his diagnostic acumen, his ability to solve problems, and his wizardry with the microscope. He was the founding director of the Pediatric Hematology Division and was the first to hold an endowed chair for pediatric hematology.

Goetz W. Richter, of Dunwoody, Georgia, one of the pioneers in electron microscopy and experimental pathology, died on December 6, 2020, of COVID-19. He was 97. Richter served on the faculty of Cornell University before becoming a professor of pathology at the University of Rochester’s medical school. He was a founder of the International Review of Experimental Pathology and editor of Andritter’s Color Atlas and Textbook of Histopathology.

Pierce J. Flynn, who dedicated his surgical career to treating adult and pediatric patients with acquired and congenital heart and vascular disorders, died on April 8, 2020, at his home in Capo Beach, California. He was 93. A trainee of both Alfred Blalock ’22 and Blalock’s protégé, William Longmire ’38, Flynn became a pioneer in cardiac surgery, founding the renowned Inland Heart Institute at St. Bernardine Medical Center in San Bernardino, California. He also was a clinical professor of surgery at UCLA until he retired in 1987.

Robert B. Welch, an internationally famous ophthalmologist, died on January 3, 2021, at his home in Towson, Maryland. He was 93. He co-directed the Wilmer Eye Institute’s Retina Service from 1959 to 1985, served as chairman of ophthalmology at the Greater Baltimore Medical Center from 1985 to 1991, and was elected president of the American Ophthalmological Society in 1994. Known as a leading figure in retinal care and surgery, clinical research and training, he was a consultant to the U.S. Public Health Service Hospital in Baltimore, Bethesda Naval Hospital and Walter Reed Army Hospital. He also wrote a history of Wilmer entitled The Wilmer Ophthalmologic Institute, 1925–1975.

Robert W. Youngblood Jr., of Florence, South Carolina, a general and cardiothoracic surgeon who was a professor of surgery at East Carolina University’s Brody School of Medicine in Greenville, North Carolina, died on January 16, 2021. He was 90. Active in numerous medical societies, he was president of the North Carolina Surgical Association.

Paul Geary Jr., of Jacksonville, Florida, died on January 8, 2021. He was 85. Known as “Peter,” Geary spent most of his career in Orlando, Florida, where he was an attending physician at the Orlando Regional Medical Center, specializing in trauma surgery.

Stefanie K. Greene, who practiced psychiatry for four decades in the Washington, D.C. suburbs, died on December 16, 2020 after a long battle with Alzheimer’s disease and multiple myeloma. She was 83.

David Goldfarb, who maintained a substantial private practice in Phoenix, Arizona, for more than a quarter century, died on December 11, 2020. He was 82. After obtaining his medical degree and completing house service and a fellowship at Hopkins, he completed another residency in cardiovascular thoracic surgery at the University of Pittsburgh before moving west around 1970.

Lamar W. Riggs, of Little Rock, Arkansas, died at his home on November 22, 2020. He was 80. He founded Concord Internal Medicine group in Concord, New Hampshire, and practiced there until his retirement. He moved back to his hometown in 2008.

Alan I. Green, a dynamic and visionary psychiatrist who was chair of the Department of Psychiatry at the Geisel School of Medicine and Dartmouth–Hitchcock Medical Center for nearly 18 years, died on November 26, 2020, following a 14-year battle against cancer. He was 77. His research focused on understanding the basis of schizophrenia and substance abuse disorders and the potential impact that atypical or novel antipsychotic drugs could have on treating them. Green was also an associate professor of psychiatry at Harvard and founding director of the medical school’s Commonwealth Research Center, created in 1987.

James R. Reynolds, of Sioux Falls, South Dakota, who introduced cardiovascular surgery to his home state, died on November 12, 2020. He was 87. Although he could have pursued an academic medical career, he wanted to bring the benefits of his education to South Dakota and the surrounding states. Opening his practice in 1975, he and colleagues were instrumental in founding the North Central Heart group in 1981 and establishing the Avera Heart Hospital of South Dakota in 2001.

Michael S. Borzy, of Vancouver, Washington, former head of the Division of Pediatric Immunology and Rheumatology at Doernbecher Children’s Hospital and Shriners Hospital for Children in Portland, Oregon, died on December 22, 2020. He was 73.

Marc R. Chevrier, who conducted award-winning research on autoimmune diseases, died on February 6, 2021, after a brief illness. The Collegeville, Pennsylvania, resident was 54. After obtaining his Ph.D. in pharmacology and molecular sciences at Johns Hopkins, Chevrier obtained his medical degree at the University of Maryland. He later worked for Human Genome Sciences, where he supervised research, development, field trials and marketing of autoimmune diseases medication; and was head of Lupus-Portfolio Strategy at Janssen R&D, a Johnson & Johnson subsidiary.

William E. Josey III (HS; faculty, obstetrics and gynecology, 1954–1958), of Sandy Springs, Georgia, died on November 29, 2020. He was 95. A veteran of World War II, he was a skillful surgeon, researcher and teacher at the Emory University medical school until his retirement in 1995, when he turned 80.

Giraud V. Foster (fellow, physiological chemistry, 1960–1961; endocrinology, 1978–1979; faculty, physiology, medicine, gynecology and obstetrics, 1972–1994), who enjoyed a wide-ranging, dual career as a physician and an archeologist, died on December 3, 2020, of renal failure. He was 92. His postdoctoral training at Hopkins was interrupted in 1961 when he became the personal physician to Muhammad al-Badr, the last king of Yemen. His fascination with archeology began there, and he spent nearly 30 years working on excavations in Cyprus, other Italian locations, Greece, Israel and Jordan. At Hopkins, he became a leader of gynecology and obstetrics, and through the auspices of Jhpiego he helped many women overseas with fertility issues. Collaborating with Norman J. Barker at Hopkins, Foster co-created “Ancient Microworlds,” a traveling show featuring microphotographs of fossils and other artifacts that was displayed in the American Museum of Natural History in New York and in 2000 was published as a book.

Cecil H. Robinson (faculty, pharmacology and experimental therapeutics, 1962–1992), died in Catharpin, Virginia, on October 2, 2020. He was 91. A native of the United Kingdom, Robinson trained in organic chemistry in the laboratory of Nobel laureate Sir Derek F. Barton at the University of London, earning a Ph.D. While working in the United States’ office of Schering, a multinational pharmaceutical company based in Germany, he was recruited to join the Hopkins faculty.

Robert E. Williams (HS, radiology, 1963), of Lakeland, Florida, died of sudden cardiac arrest on May 10, 2020. He was 88. Trained in diagnostics and radiation therapy with a subspecialty in mammography, he practiced in Lakeland for 33 years before retiring in 1996.

Thomas P. Foley Jr. (fellow, pediatric endocrinology, 1968–1971), of Pittsburgh, Pennsylvania, died on January 17, 2021, of Alzheimer’s disease. He was 83. A pioneer in establishing screening tests nationally and internationally to detect thyroid disorders in newborns, Foley spent more than 30 years as a clinician, researcher and professor of pediatrics at Pittsburgh’s Children’s Hospital. He also provided advice and treatment for children exposed to radiation by Pennsylvania’s Three Mile Island nuclear power plant disaster in 1979.

Richard E. Carlson (HS, otolaryngology, 1969–1971), of Nampa, Idaho, died on July 17, 2020, of Parkinson’s disease. He was 85. Originally a veterinarian, he earned his medical degree in 1966, then completed residencies in San Francisco and at Johns Hopkins before establishing a private otolaryngology practice in Kirkland, Washington, where he was on the staff of Evergreen Hospital and founded the Evergreen Surgical Center.

Prabodh K. Gupta (faculty, pathology, 1969–1987), of Houston, Texas, a legend in the field of cytopathology, who was dubbed “the Cell Whisperer,” died on December 23, 2020. He was 83. Gupta spent the last 25 years of his four-decade career as a professor of pathology and laboratory medicine and director of cytopathology at the University of Pennsylvania Health System. He was president of the American Society of Cytopathology from 1995 to 1996.

Hubert T. Gurley II (fellow, clinical cardiology, 1970–1973; HS, medicine, 1971–1974; faculty, emergency medicine, 1974–2001), a mentor to future leaders of emergency medicine and administration at Johns Hopkins Medicine, died on January 30, 2021, of complications of COVID-19. He was 77. In 1974, Gurley became director of the coronary care unit at what now is Johns Hopkins Bayview and later headed the pacemaker laboratory at the Hopkins Hospital. He then became director of emergency medicine at the hospital. From 1985 to 1989, Gurley was medical director of Health Care for the Homeless. He also assisted the U.S. Agency for International Development in helping overseas health ministries in formulating medical standards in Romania, the Czech Republic, Poland and Hungary.

Merrill I. Berman, of Henrico, Virginia, who maintained private psychiatric practices in Baltimore and Montgomery counties while serving as a university faculty member beginning in 1972, died on November 26, 2020, at the age of 85. He was director of the Southwestern Community Mental Health Center in Baltimore County, then director of Mental Health Services for children and adolescents in Montgomery County.

Lionel A. Desbordes (adjunct faculty, gynecology and obstetrics, 1978–2005), of Columbia, Maryland, who was estimated to have delivered more than 20,000 babies during his long career, died on November 27, 2020. He was 97. A 1951 graduate of Howard University’s medical school, Desbordes — known as “Des” — was among the founders of the Garwyn Medical Center, which opened in 1967 on Garrison Boulevard in Baltimore.

Richard P. Allen (faculty, neurology, 1978–2020), founder and director of the Johns Hopkins Sleep Disorders Center and co-founder and co-director of the Center for RLS (restless leg syndrome) at Hopkins, died on December 9, 2020, at his Arnold, Maryland, home. He was 82 and had battled cancer for years. The Sleep Research Society bestowed its 2020 Outstanding Scientific Achievement Award on him earlier in the year.

Darioush Nasseri (HS, orthopaedic surgery, 1980; faculty, orthopaedic surgery, 1981–2016) of Rockville, Maryland, died on April 11, 2020, of complications from COVID-19. He was 84. A pioneer in hip transplantation, he specialized in arthroscopic operations for joint replacements. He also worked on cartilage restoration techniques. A native of Iran, he received the Ellis Island Medal of Honor in 2014 for his contributions to orthopaedics.

Noel R. Rose (faculty, pathology, 1982–2015), of Brookline, Massachusetts, called the “father of autoimmunity” for his discovery of the genetic basis of autoimmune disease, died on July 30, 2020, following a stroke. He was 92. Recruited to become head of the department of molecular microbiology and immunology in what now is the Bloomberg School of Public Health, he also had a full-time appointment in the school of medicine’s pathology department, where he directed the graduate program.

Manuel B. Datiles III (fellow, ophthalmology, 1983; adjunct faculty, 2017–2021), of Rockville, Maryland, an acclaimed National Eye Institute surgeon and chief of cataract and cornea research for more than 30 years, died on February 12, 2021. He was 69. He led landmark research projects at both Hopkins and NASA that sought to find the cause of and a cure for cataracts.

Beth C. Levine (fellow, infectious diseases, 1989–1992), who conducted landmark research into the role of autophagy in the development of human diseases, died of breast cancer on June 15, 2020, at her home in Dallas, where she had served as director of the Center for Autophagy Research Center in Dallas.

Marjorie C. Rosenthal (HS; fellow, pediatrics, 1998), an associate professor of pediatrics at the Yale medical school, died of colon cancer on December 1, 2020. She was 53. At Yale, she was associate director of the National Clinicians Scholars Program, leading its Community Based Participatory Research Group. Rosenthal’s research focused on identifying practical solutions to complicated community problems. 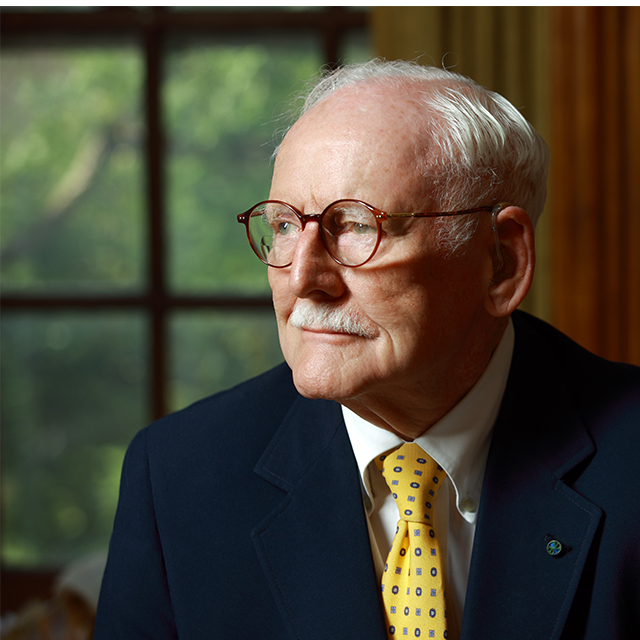 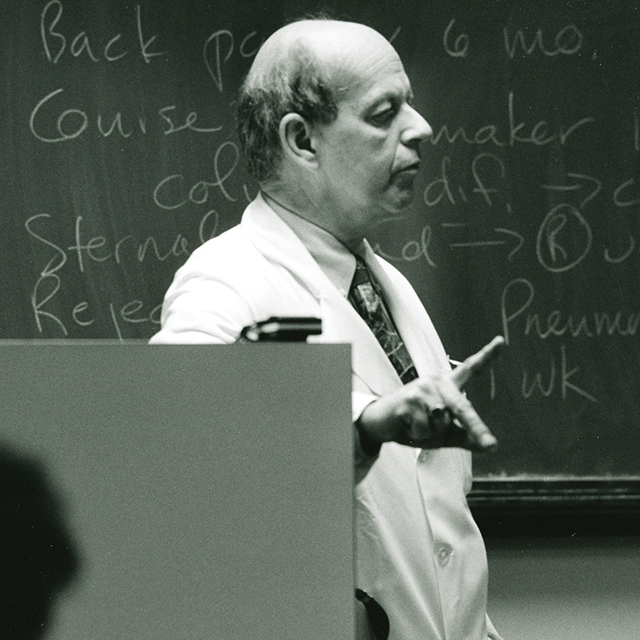