Tom and Debra Dattilo have shared many things during their 40-year marriage. But they never thought a diagnosis of colorectal cancer would be one of them. After six years of off-and-on treatments at Johns Hopkins for both of them, the couple wanted to give back. In 2018, they made two gifts that helped launch the Rectal Cancer Survivorship Fund.

The account, managed by Tam Warczynski, lead nurse practitioner for the Multidisciplinary Rectal Cancer Clinic, helps provide survivorship bags containing items new patients may need during treatment, including lip balm, water bottles and backscratchers. A rectal cancer survivor from Johns Hopkins makes prayer shawls with her friends to include in the bags, in case people feel cold during treatments. Warczynski helps shop for other items and hands out the bags to the two to four new patients who come to the clinic each week.

“They love it,” Warczynski says. “The survivorship bags are a way I can bring a ray of hope to patients who often feel overwhelmed when they are seen in the clinic.”

The fund also helps cover some parking and travel costs for patients facing financial hardships. Warczynski based the program on a similar one that has been popular among patients in gynecologic oncology.

During their treatments, the Dattilos formed a close relationship with Warczynski, who Tom calls “the wheel that makes everything run smoothly.” She also runs a quarterly support group with educational speakers.

“What inspired me more than anything is Tam has asked me a number of times if I would speak to current patients who had questions or concerns about their surgeries,” says Tom. “I’ve talked to three or four of them, and I think it’s a wonderful approach for patients to be able to talk to somebody who has gone through the same fears and can give them a firsthand account. They are really helping a lot of people across the country who come there.”

When Debra was diagnosed with colorectal cancer in 2012, she started chemotherapy and radiation treatments near their home in Cincinnati, Ohio. At the time, their son Jonathan was a second-year medical student at Johns Hopkins, and he recommended she meet Jonathan Efron, then chief of the Division of Colorectal Surgery.

Efron coordinated with Debra’s local physicians and, after a few months, performed surgery. When the cancer metastasized a few years later, Efron referred her to Richard Battafarano, director of the Division of General Thoracic Surgery, who performed two more surgeries.

Around the time of Debra’s last surgery, Tom wasn’t feeling well. A colonoscopy revealed that he, too, had rectal cancer, and so he called Efron and had surgery a few months later.

Together, Tom and Debra recovered and returned to the activities they enjoy, such as walking several miles a day. They are delighted that the Rectal Cancer Survivorship Fund is providing comfort to others going through similar medical experiences.

“Johns Hopkins has been wonderful to us,” says Debra. “It was a little way to thank them for what they have done.”

'Philanthropy Is Part of the Healing'

Many donors are current or former patients who want to support their physician’s research or help ensure future patients will find the same support. 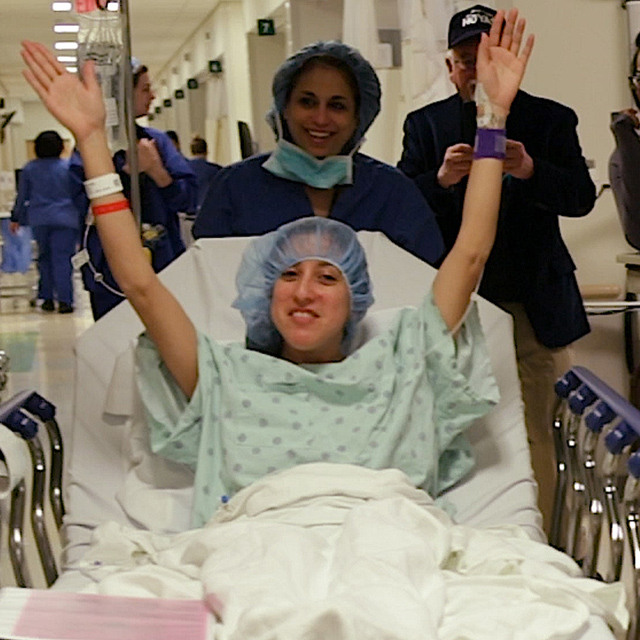 Pioneering procedures continue to push the boundaries of medical science.
back to top button