Though long-established treatments for Duchenne muscular dystrophy (DMD), such as corticosteroids, and newer treatments, such as exon-skipping therapies, can extend the time it takes for the disease’s grim symptoms to take hold, no available therapy can halt the condition’s progression, or — more optimistically — reverse it, explains Johns Hopkins neurologist Jessica Nance.

However, a clinical trial taking place soon at Johns Hopkins may have potential to bring this lofty goal to fruition, by using gene therapy to help repair the source of disease.


Nance explains that DMD is caused by deletions, duplications, point mutations or premature stop codons in the gene that makes dystrophin, a protein that stabilizes muscle cell membranes and supports the contractile apparatus. Without this protein, damage builds up over time, leading to muscle scarring, inflammation and eventually atrophy. Boys with this X-linked condition often progress on a neurotypical track for the first few years of their lives. But around the age of 4, Nance says, the lack of dystrophin begins to cause noticeable symptoms, causing gains in motor milestones to recede.

Prompting muscle cells to produce this missing protein would effectively cure the condition. Unfortunately, the gene that encodes dystrophin is large, making it difficult to fit inside current gene therapy vectors. However, says Nance, the new trial uses a workaround that partially fixes this problem: The dystrophin gene is trimmed down into “micro-dystrophin,” leaving only the essential pieces.

In June 2020, researchers at Nationwide Children’s Hospital in Columbus, Ohio, reported promising results from a phase 1/2 trial of this same gene therapy in a group of four young DMD patients, none of whom had yet started on corticosteroid therapy. After administering a single intravenous dose, this open-label trial followed participants for a year to assess safety, micro-dystrophin expression in muscle biopsies and functional outcomes in motor skills.

Not only was this therapy well tolerated, says Nance, but biopsy results showed that participants were producing micro-dystrophin and had begun doing the unimaginable — regaining lost motor function.

She hopes to see the same, she says, when she and her colleagues begin the next phase of the trial at Johns Hopkins in early 2021. They plan to recruit up to five boys under the age of 8. Although this trial will be randomized at first, study subjects on the placebo will eventually receive gene therapy if results continue to show potential.

“DMD has always been a terrible diagnosis to deliver,” she says. “But these conversations are starting to change because of the hope that new therapies may provide. This trial moving forward could be a big step toward getting meaningful treatment for these kids.”

“Duchenne muscular dystrophy has always been a terrible diagnosis to deliver, but these conversations are starting to change because of the hope that new therapies may provide.”

Supporting Innovative Neurology Treatment
To find out more about neurologist Jessica Nance’s research and how you can support it, please email Angel Terol.
Related Reading

Johns Hopkins is among the few centers in the U.S. that identify tumors’ unique features using on-site fusion tests. 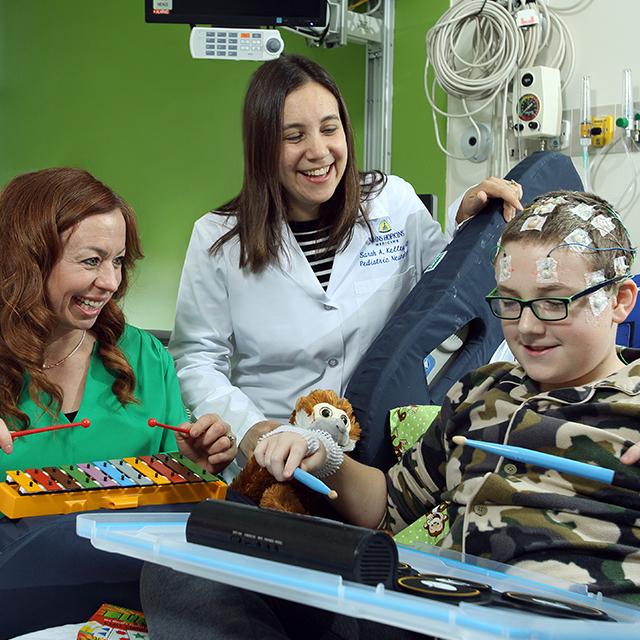 Innovations in Care for Patients with Pediatric Epilepsy 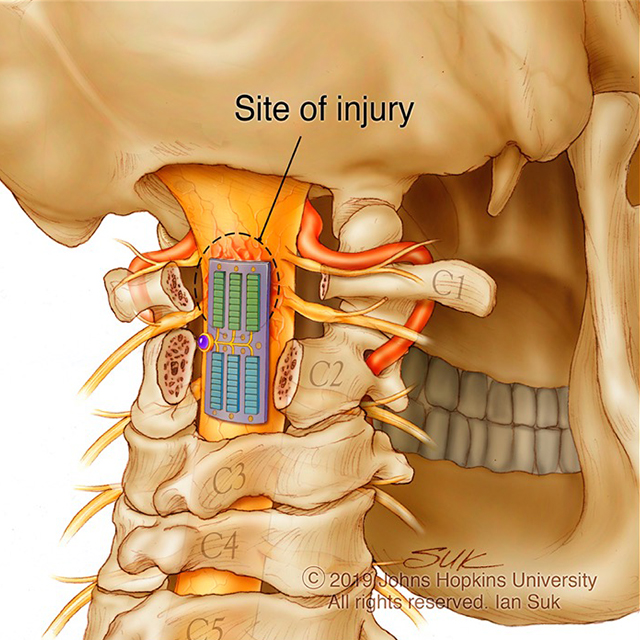