With $17 million in private funding and a full panel of planned studies, Johns Hopkins investigators in September launched the Center for Psychedelic and Consciousness Research.

The center, believed to be the first such research center in the country and the largest of its kind in the world, will focus on how psychedelics impact brain function and mood in both healthy individuals and those affected by conditions such as Alzheimer’s disease and anorexia nervosa.

“Psychedelics are a fascinating class of compounds,” said Roland Griffiths, founding director of the new center and a professor of psychiatry and of neuroscience, during a press briefing announcing the center’s debut. “They produce a unique and profound change of consciousness over the course of just several hours.”

For nearly 20 years, Griffiths and colleagues in the Behavioral Pharmacology Research Unit have investigated the effects of psilocybin, the naturally occurring psychedelic compound found in so-called “magic” mushrooms, in over 350 study participants and healthy volunteers. These include studies of psilocybin on anxiety and depression in people with life-threatening cancer and in those with tobacco addiction. A recently completed trial in depression will be published this fall.

The new center will build on previous work and “expand research on psychedelics to develop new treatments for a wider variety of psychiatric and behavioral disorders,” Griffiths says. It also will expand research in healthy volunteers, he notes, “with the ultimate aspiration of opening new ways to support human thriving.”

The center has a number of clinical studies planned, says psychiatry researcher Matthew Johnson, associate director of the new center: “We plan to focus on how psychedelics affect behavior, brain function, learning and memory. We also plan to explore the mechanisms by which psychedelics can contribute to general wellness.”

Johnson will lead two clinical trials. One will examine psilocybin for the treatment of opioid addiction, while a second will study psilocybin for treating post-traumatic stress disorder (PTSD).

Psychiatry researcher Frederick Barrett, director of neurophysiological mechanism and biomarker assessment for the center, will lead a trial treating alcohol use disorder in people with major depression. He will also continue brain imaging studies to determine how psilocybin affects brain activity and to identify genetic and other biomarkers in the blood that can help predict the brain’s response to psychedelics.

Psychiatry researcher Albert Garcia-Romeu will lead two clinical studies, one testing psilocybin in the treatment of anxiety and depression in people with Alzheimer’s disease, in partnership with the Johns Hopkins Memory and Alzheimer’s Treatment Center. The other will explore psychedelics in the treatment of emotional and behavioral symptoms of post-treatment Lyme disease syndrome, in partnership with the Johns Hopkins Lyme Disease Research Center.

Psychiatrist Natalie Gukasyan, medical director of the new center, will lead a study of psychedelics as a therapy for anorexia nervosa, in partnership with the Johns Hopkins Eating Disorders Program.

“Overall, I see psychedelics as a paradigm-shifting game-changer in the treatment of mental health disorders, and as tools for understanding the brain’s connection to mind and behavior,” says Johnson.

Judy Yin Shih had a diverse career in clinical psychology and health program evaluation and research, working in settings including the Johns Hopkins Children’s Mental Health Center and the psychiatry department’s Office of Behavioral Health Care. Along the way, she learned of research with psychedelic drugs and their potential to facilitate psychotherapy and enhance creativity.

Now retired, Shih has been active in philanthropic support of programs in education, health care and the arts. Her latest effort is providing for an endowed professorship at Johns Hopkins to support psychedelic research.

The Oliver Lee McCabe, III, Ph.D. Professorship in the Neuropsychopharmacology of Consciousness is named for a longtime Johns Hopkins faculty member who, before his affiliation with Johns Hopkins, conducted “pioneering, federally funded investigations using LSD as an adjunct to psychotherapy with patient populations often associated with poor prognosis, including people with chronic heroin addiction,” says Shih. Roland Griffiths, founding director of the new Johns Hopkins Center for Psychedelic and Consciousness Research, has been nominated as the first recipient.

While McCabe and colleagues “were unable to continue their early psychedelic research at the Maryland Psychiatric Research Center in the 1970s, due to regulatory, political and societal factors,” says Shih, she sees the endowed professorship aligning their former interrupted research with the contemporary efforts of Griffiths, “who, perhaps more than any other, is responsible for the resurgence of scientific study of these drugs, most notably psilocybin.”

“I am very impressed by the rigor that Dr. Griffiths brings to his work,” Shih says. “The findings have been so very positive, and appear to hold considerable promise in treating addiction as well as other mental health issues.”

“The department and the School of Medicine are deeply grateful for Dr. Shih’s generosity in creating this endowed professorship, which, because it constitutes funding in perpetuity, reflects a long-term commitment to this area of resurgent and promising research,” says Jimmy Potash, director of Psychiatry and Behavioral Services. 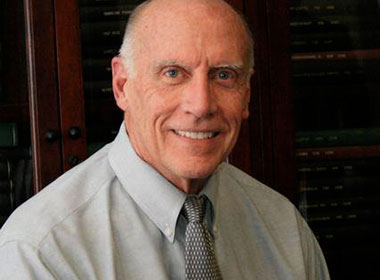