Retired foot and ankle surgeon Michael Feinstein has always believed it’s important to “give back.” Now, through estate planning, he and his wife, Sharon, are making one of the most significant and lasting financial gifts of their lives — in recognition of his fulfilling work with the Johns Hopkins Department of Orthopaedic Surgery.

The son of a neighborhood grocer from the Bronx in New York City, Feinstein was the first person in his family to attend college. He studied biology and pre-med at Long Island University before graduating from the Illinois College of Podiatric Medicine. Feinstein’s desire to study medicine was fueled by his father, Robert, who was a medic with the U.S. Marines in the South Pacific during World War II, including in the battle of Guadalcanal.

After medical school, Feinstein landed a residency that rotated through six Baltimore-area hospitals. He became board certified in foot and ankle surgery and a fellow of the American College of Foot and Ankle Surgeons, and after training, he was offered a position with a small Baltimore group practice. There he met Sharon, who had just been hired as a nurse, and the couple married in 1974.

In the early 1970s, while volunteering with the local March of Dimes walkathon, he met Frank Barranco, M.D., who oversaw the orthopaedic foot and ankle clinic at The Johns Hopkins Hospital. Together, they served as medical co-directors of the Baltimore area walkathons for the next 15 years. In 1981, Barranco asked Feinstein if he was interested in joining him at the Johns Hopkins clinic.

“It took me about a millisecond to say, ‘Yes,’” says Feinstein, who worked in the clinic pro bono two days per week for nearly 10 years. “You have to understand that the privilege of a podiatrist, being in the department of orthopaedics at Johns Hopkins, to me had value that I couldn’t put into dollars and cents. To be accepted into such an elite group was an honor.”

Being a doctor of podiatric medicine (D.P.M.) was not looked at the same way then as being a medical doctor (M.D.), Feinstein says. But one day, while in the clinic, he was told that Lee Riley Jr., M.D., then department chairman, wanted him to assist in surgery. “I guess this was his very diplomatic way of seeing what kind of skill set I might have,” says Feinstein. “He sort of let me take over and do my thing. Apparently, he was impressed enough that I was granted full surgical privileges within the scope of practice in foot and ankle surgery at Johns Hopkins.”

One of the joys of working at Johns Hopkins, says Feinstein, was educating residents. “The orthopaedic residents were able to come into the operating room and observe,” he says. “It gave the residents some exposure to foot surgery, and Dr. Riley allowed me to teach the residents and to provide some lectures. It was one of the highlights of my career.”

This experience is the reason Feinstein and his wife have decided to give back to the department through a significant unrestricted gift in their estate planning.

“Our former faculty and alums, and in fact everyone who contributes, have helped establish and build on the tradition of excellence here at Johns Hopkins,” says James Ficke, M.D., director of the Department of Orthopaedic Surgery. “Dr. Feinstein is one shining example of our lifelong connection with previous residents, fellows, faculty and friends. We are so fortunate for those that give back through annual donations as well as legacy gifts that will build on the future of the department.”

An estate gift in 1873 from our founding benefactor, Johns Hopkins, created the American academic medicine model. The Johns Hopkins Legacy Society honors those who make their own legacy gifts to help secure the financial future of Johns Hopkins Medicine. To become a Legacy Society member, you may include Johns Hopkins in your estate plan, designate Johns Hopkins as a beneficiary of a retirement plan or life insurance policy, or give in a way that also provides income to you. To learn more about these creative ways to donate, visit Johns Hopkins University and Medicine Gift Planning. 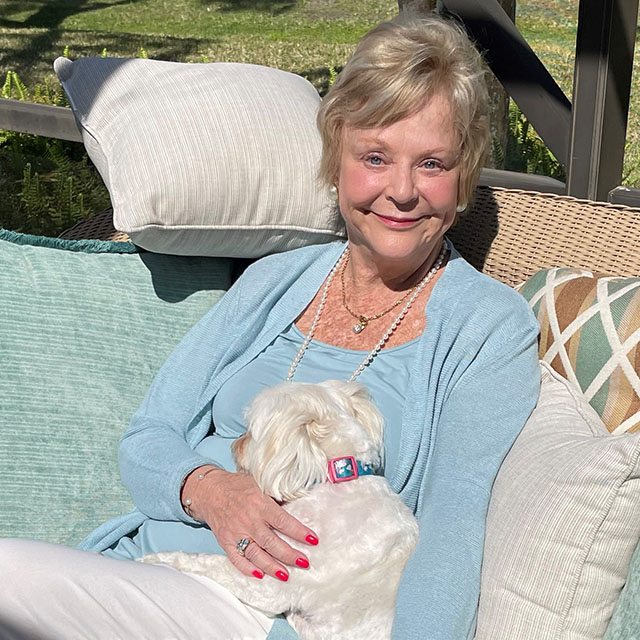