Imagine suffering from excruciating pain up and down your right side — a nine on a scale where 10 is unbearable. Add in sensations of burning, then chills; itching, then stabbing. Next imagine that doctors could relieve those symptoms by applying two heart-monitor-like electrodes to your skin and running an electric stimulus between them for about a half-hour. After 10 sessions of the treatment, you'd feel close to normal again.

It's not a miracle, says Tom Smith, director of palliative medicine for Johns Hopkins Medicine and the Harry J. Duffey Family Professor of Palliative Care. It's neuromodulation.

“It's almost like pressing ‘control-alt-delete’ on a PC,” says Smith, also a professor of oncology at the Johns Hopkins Sidney Kimmel Comprehensive Cancer Center. “You can sometimes reboot the patient’s system.”

Smith, Michael Caterina — director of the Johns Hopkins Neurosurgery Pain Research Institute — and their colleagues are among neuromodulation’s leading proponents. Their work received a recent and significant boost from the Annette M. and Theodore N. Lerner Family Foundation, which established the Lerner Family Fund for Pain Research.

“From our family’s experiences, we’ve witnessed how important pain management is not just during immediate treatment but also in the long-term challenges that may present themselves,” says Marla Lerner Tanenbaum, who leads the Lerner Family Foundation. “Hopkins faculty and staff are working across specialties, and that’s what’s necessary for pain research.”

Pain affects patients in every department of Johns Hopkins Medicine, Caterina says. The Lerner Family Fund will unite Johns Hopkins basic scientists and clinical researchers to better understand how neuromodulation, along with other pain management techniques, works — and how it could provide an alternative to opioid medications for pain sufferers.

The foundational concept is centuries old. The ancient Greeks and Romans knew that a jolt of electricity could temporarily relieve pain, Smith says. In Central America, Caterina adds, people have been using capsaicin-containing products for thousands of years to achieve chemical neuromodulation. Modern physicians developed ways of implanting electrodes deep in the brain and wires alongside the spinal cord to relieve pain.

“But that’s pretty invasive,” Smith says. “Electrodes can shift, it costs hundreds of thousands of dollars per person, and this mode of therapy can only be used for one person. We really need new strategies for pain relief that are relatively simple, reproducible, scalable and inexpensive.”

Smith works with a superficial form of neuromodulation called Scrambler or Calmare Therapy. The Lerner Family Fund will enable Johns Hopkins clinicians and scientists to better understand why it’s more effective for some patients than others and how it can be fine-tuned to provide maximum benefits with minimal side effects. Using new, sophisticated mouse models, Neurosurgery Pain Research Institute scientists are probing neuronal activity to learn how the therapy changes the behavior of the sensory nervous system.

“If we understand in greater detail which neurons are actually doing the business of suppressing pain by either increasing or decreasing their activity, we’ll be able to tailor neuromodulation more effectively for patients with different pain conditions and adjust to changes in how patients respond to neuromodulation over time,” Caterina says.

The Lerner Family Fund will also support pain-management-focused clinic time for Smith’s palliative care fellows, as well as a series of pilot projects he’s planning that would observe whether neuromodulation works for people suffering from illnesses ranging from various cancers to Parkinson’s disease. A trial for patients with neuromyelitis optica, a form of multiple sclerosis that attacks the spinal cord, is already underway.

“I’d like to prove which diseases and situations this therapy will help and which it won’t,” Smith says. “But we’re not going to solve pain at each person’s individual level — what’s triggering their pain, what impulses are going on in the neurons, what messengers are being used to send those signals — without basic science.” 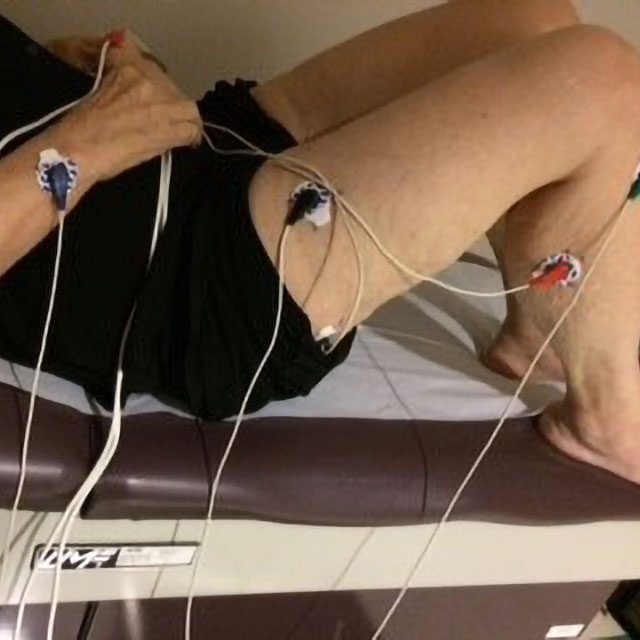 Scrambler therapy is one form of neuromodulation.
back to top button