One day in March, during a spike in COVID-19 admissions, Alison Wand (Janeway Firm, 2015; ACS, 2019), then assistant chief of service, was called into an impromptu meeting. She was immediately struck by the intensity on the face of Sanjay Desai, Osler residency program director, as he addressed the four chief residents there. “He told us the situation was escalating, and we needed to make structural changes right now,” Wand says.

Desai went on to inform the residents that The Johns Hopkins Hospital needed to repurpose half of the medical intensive care unit (MICU) exclusively for patients critically ill with COVID-19. “There was a lot of uncertainty,” recalls Wand. “But although it was a chaotic time, it was also a deeply supportive one. Everyone was united in keeping people safe.” That meant ensuring that negative pressure airflow to prevent cross-contamination was working, that highly contagious pathogens and waste were isolated, and that donning and doffing protective equipment were performed safely.

“The MICU had never been used in this fashion,” notes pulmonary and critical care fellow Chad Hochberg (Longcope Firm, 2015; ACS, 2019), who was also an assistant chief of service during that time. “We immediately had to come up with an optimal staffing model. With four hours’ notice, we succeeded in doing so and asked our senior residents to step into the role as bedside clinicians in this new unit.” The way it would operate, the safety of such a unit for the staff, the kinds and numbers of patients who would be admitted — “all these things were unknown,” says Hochberg. “Asking residents to take on this role was the most challenging moment of my year.”

Some experiences from that time, recalls Wand — now a cardiology fellow — stand out. “I’ll never forget how quickly everyone pulled together to rebuild the schedule and force people to keep their distance,” she says. “There were still many questions regarding the virus. Everyone was trying to figure out how to reduce its spread.”

For Wand, physical distancing proved especially difficult. “Normally, we’d meet as a group and introduce residents to staff and patients,” she says. “But we couldn’t get too close. There was no bedside teaching or physical exams. Like everyone else, I had to ‘Zoom in’ to see patients from my office.” During this time, says Desai, doctors became more proficient in communicating with families via telemedicine. Lectures and meetings, too, mostly occurred virtually.

At the same time, socialization among residents became limited. That felt equally unnatural to Wand. “The Osler program is tied to traditions: ‘turkey’ rounds, a holiday party, Olympics,” she says. Yet the interns found ways to bond safely — through Zoom happy hours and gathering in small groups, says Wand. “They looked out for each other. I’m so proud of them.”

Shannon Walker (Thayer Firm, 2015; ACS, 2019) was another assistant chief of service at that time. Walker — who, in advance of her cardiology fellowship, is currently treating Navajo patients in New Mexico who have COVID-19 — recalls how compassionate and helpful the residents were from the start of the pandemic.

“From a leadership perspective, I worried: How can we mobilize, inspire and protect this group so they are not carrying an uneven burden? Trainees are a vulnerable group that could be taken advantage of,” she says. “Many worked in an ICU for a month, and some of those residents have young children.”

But the residents and interns adapted quickly, Walker recalls. “Amazing things came out of that experience,” she says. “Sometimes we reviewed chest X-rays at the bedside, as patients’ families Zoomed in. From the outset, our interns took ownership of the patients, assumed added responsibilities and honed their clinical skills.”

Kathleen Hiltz (Longcope Firm, 2019) was one of those interns. “It all happened so quickly — there was a sense of trepidation,” she recalls. “You didn’t know quite what to expect. It was a huge logistical undertaking to change the entire residency schedule from call to shift work, with the anticipation of converting one floor at a time to COVID-19 units.” Throughout, Hiltz says, she felt “absolutely” supported. “Leadership checked in on us emotionally and personally.”

When it came to their family lives, residents’ feelings were mixed, recalls Hochberg. “Some residents wanted to rush in and help out in person, on the front lines. Others were being very cautious, especially those with young children, or a resident whose spouse was pregnant. We were constantly adapting. The residents were so dynamic. When the needs changed and patient loads surged, we all stepped up and got to work.”

During this unparalleled time, he adds, the trainees’ “ability to be innovative, thoughtful and compassionate, and to respond with such grace, was extraordinary. I think the patients felt it.”

Desai says he couldn’t agree more: “Our residents went from shock and concern to working rapidly to transform the units and make things as safe as possible for patients. They decided this was a moment for leadership in spite of how disruptive it was. It was phenomenal and inspiring to watch.”

As for the pandemic’s long-term impact on residency training, Desai is hopeful, and he notes some unanticipated benefits. “We now have a stronger foundation for delivering care and education through telemedicine,” he says. “At the same time, we have created more structure for well-being, adjusting schedules to allow for more work-life balance.” Desai has no doubt that their COVID-19 experiences forever changed these Osler graduates, and perhaps better prepared them for crises than previous residents.

Please note: Kevin Eaton (Barker, 2015; ACS, 2019), medical director at New York University’s Tisch Hospital, was also an assistant chief of service during that time. He was unavailable for an interview.

“Asking residents to take on this role was the most challenging moment of my career.”

Watch a video featuring poignant moments with Osler residents during the height of the COVID-19 pandemic — and hear Johns Hopkins Medicine leaders attest to the Osler house staff’s resilience and dedication during this challenging time.

Lisa Maragakis (Osler, 2001) has spent most of her career taking a lead role in ensuring the safety of patients, families and employees against high-risk contagions, such as COVID-19. “We were always preparing for something like this,” says Johns Hopkins Health System’s senior director of infection prevention. “We knew that a new strain of influenza could bring trouble. The threat of a pandemic with a novel respiratory virus was well known, so a lot of thought had been put in place in parts of our organization about how we could safely and effectively care for patients under these circumstances.” 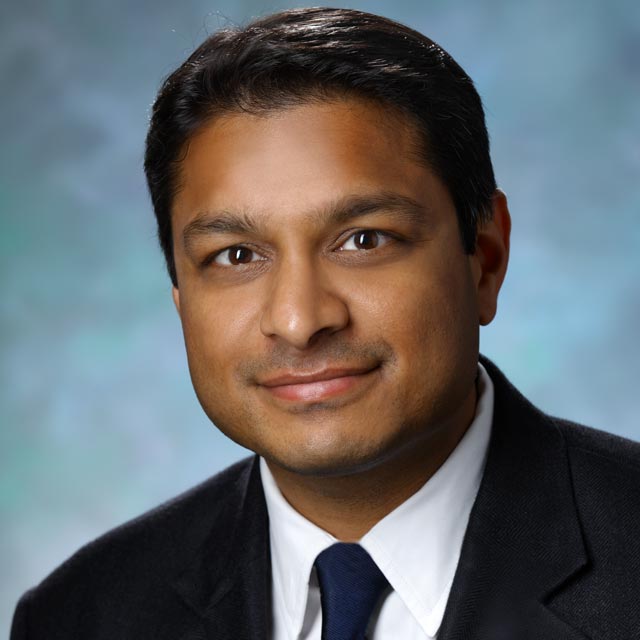 The director of the Johns Hopkins Osler Medical Residency is hopeful that, as one of five institutions awarded an AMA grant to study the effects of burnout on residents, a diverse team will gather evidence, test hypotheses and develop interventions. 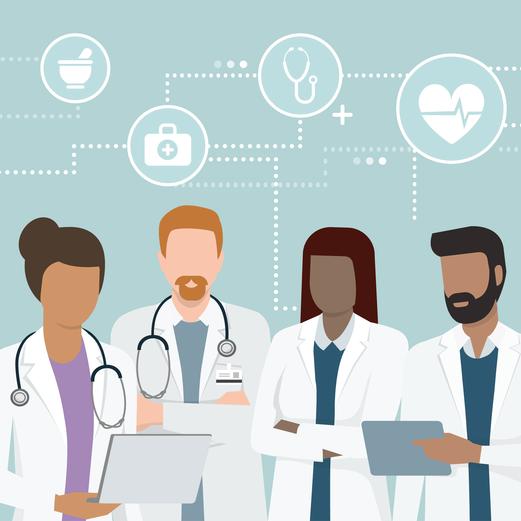 All Together Now: Building a More Inclusive Osler Residency Program

Historically, efforts to ensure a more inclusive residency program have relied on Osler trainees from unrepresented minorities. Leaders are working to change that. They want to ensure that everyone has a role to play in attracting underrepresented physicians to the program.
back to top button