Jeffrey L. Marsh, who practices pediatric craniofacial plastic surgery in St. Louis, Missouri, received the American Cleft Palate-Craniofacial Association’s 2022 Honors of the Association Award, given to “those individuals whose lifetime of research, healthcare delivery, or leadership has advanced, significantly and uniquely, the amelioration of physical, behavioral or social conditions of cleft lip and palate or other craniofacial differences.”

Robert I. Misbin, of Rockville, Maryland, has written Insulin: History from an FDA Insider to commemorate the 100th anniversary of the discovery of insulin in 1921–1922. “As a medical student at Hopkins in 1969, it was seeing the first crystals of insulin in the History of Medicine Library that hooked me on a career in insulin science,” he says. The book highlights the important role Johns Hopkins played in the history of insulin.

Robert M. Ward, of Park City, Utah, was recently honored by the University of Utah with the establishment of the Robert M. Ward, M.D., Endowed Chair in Clinical Pharmacology in the Department of Pediatrics with funding from the Division of Neonatology. Ward joined the University of Utah Division of Neonatology in 1985, establishing the Division of Clinical Pharmacology in 1995. As professor emeritus, he continues work to advance studies of drugs for the treatment of infants and children through consulting in study designs and volunteering with the Institute for Advanced Clinical Trials (I-ACT) for Children and the International Neonatal Consortium.

Kathleen Ellsbury, of Seattle, Washington, retired in 2007 after 25 years on the full-time faculty in the Department of Family Medicine at the University of Washington. She has advocated for trucking safety legislation in Washington state and written a book re-tracing her father’s route from Normandy to Bavaria during World War II.

Lucy J. Cairns, of Wyomissing, Pennsylvania, retired from ophthalmological practice in August 2020, but remains active in the Bucks County Medical Society. She is now able to devote more time to the Baird Ornithological Club and the Mengel Natural History Society. Cairns is currently working on local initiatives to remove non-native, invasive plants and replace them with native plants.

Oncologist Helen L. Collins of Santa Rosa, California, was named chief medical officer at Enliven Therapeutics, a precision oncology company. Previously, she served as chief medical officer at Five Prime Therapeutics, where she led the development of an investigational targeted antibody, bemarituzumab (anti-FGFR2b), which has been granted Breakthrough Therapy Designation by the U.S. Food and Drug Administration.

David J. Giarracco, of Boulder, Colorado, was appointed chief executive officer of Noninvasix in November 2021. Business Wire says: “Giarracco will advance the commercialization of the only non-invasive patient monitoring device designed for earlier detection of life-threatening sepsis so it can be treated to improve patient outcomes.” Giarracco’s hope is that the technology will “reduce health care costs and have wider applications beyond sepsis.”

Keith T. Flaherty, of Cambridge, Massachusetts, has been named to the inaugural Strategic Advisory Board of Sporos Bioventures LLC, which is accelerating the development process for drugs that treat oncology and immune-related diseases. He is director of clinical research at the Massachusetts General Hospital Cancer Center and professor of medicine at Harvard Medical School. Flaherty is the principal investigator of the National Cancer Institute Molecular Analysis for Therapy Choice (NCI-MATCH) trial, the first NCI-sponsored trial assigning patients to targeted therapy independent of tumor type on the basis of DNA sequencing detection of oncogenes. He has founded numerous biotech companies, and serves on the boards of several others. Additionally, Flaherty is editor-in-chief of Clinical Cancer Research.

In February 2022, Marc E. Grasso, of Burlingame, California, was named chief financial officer at Alector Inc., a biotech firm developing immuno-neurology, a novel therapeutic approach for the treatment of neurodegenerative diseases. Most recently, he was chief financial officer and chief business officer at Kura Oncology Inc., and prior to that he was managing director of Stifel, where he was responsible for building and managing the West Coast life sciences and biotech investment banking business.

Julianna J. Jung of Baltimore, Maryland, has been named inaugural director of innovation in medical education at the Johns Hopkins University School of Medicine.

Gwendolyn K. Binder, Ph.D., of Philadelphia, Pennsylvania, was promoted to president of science and technology at Cabaletta Bio Inc. in January 2022. She leads the preclinical, translational, manufacturing and quality teams at Cabaletta Bio, which is a clinical-stage biotechnology company focused on the discovery and development of engineered T cell therapies for patients with B cell–mediated autoimmune diseases.

Jonathan M. Spenner of Naperville, Illinois, is a patent attorney based in the Chicago office of the intellectual property law firm of Leydig, Voit & Mayer, of which he was elected to be a shareholder as of Jan. 1, 2022. He joined Leydig as a patent agent in 2008, completing his J.D. from Fordham University School of Law in 2009. He previously worked for law firms in New York City as a patent agent/scientific adviser.

In November 2021, Roy A. Beveridge (HS, pediatric oncology, 1986–1988), of Bethesda, Maryland, was named to the board of directors of Epizyme Inc., a biopharmaceutical company that develops and delivers novel epigenetic therapies. In addition to his work as an oncologist treating patients with lymphoma and myeloma, he was Humana Inc.’s chief medical officer, where he led clinical policy, population health and clinical quality initiatives. Recently, he has focused on social determinants of health and improving the health of underserved populations. Beveridge is currently a strategy and policy consultant at Avalere Health.

Lisa A. Beltz (fellow, oncology, 1989–91), of Massillon, Ohio, recently published a book, Zika and Other Neglected and Emerging Flaviviruses: The Continuing Threat to Human Health and has another book, Pathogenic Coronaviruses of Humans and Animals, to be released in October 2022.

Lisa A. Cooper (fellow, internal medicine, 1991–1994; current faculty, internal medicine and Bloomberg Distinguished Professor, Equity in Health and Healthcare), of Baltimore, Maryland, has been named to President Biden’s Council of Advisors on Science and Technology. Cooper is the founder and director of the Johns Hopkins Center for Health Equity and director of the Johns Hopkins Urban Health Institute.

Mark Sulkowski (fellow, infectious diseases, 1995–1998; faculty, internal medicine; and current chief, Division of Infectious Diseases at Johns Hopkins Bayview Medical Center), of Baltimore, Maryland, has been named senior associate dean for clinical trials and the founding director of the Office of Clinical Trials at the school of medicine. He will oversee activities related to clinical trials, focusing on commercial clinical trials, and will help develop an integrated approach to trial-related training, support and oversight. Sulkowski is also associate dean for research in the Capital Region for the school of medicine, and has played a key role in managing Hopkins’ COVID-19 clinical research efforts. His research has focused on developing more effective ways to treat viral hepatitis, including in patients who are also infected with HIV.

Christoph Stein (faculty, anesthesiology, 1992–1997) was elected to give the Founder’s Lecture at the 2022 annual meeting of the International Narcotics Research Conference, a distinguished award recognizing outstanding contributions to the science and clinical application of opioids.

Three School of Medicine faculty members were elected to the 2021 class of fellows of the American Association for the Advancement of Science, the world’s largest general scientific society.

Deborah J. Andrew, Ph.D., Cell Biology and Anatomy, and her research team are studying mosquito salivary gland biology, with the goal of developing strategies to limit transmission of malaria and other insect-borne diseases. Andrew is recognized for contributions to the field of developmental biology, particularly for enhancing our understanding of organ specification, and the morphological and physiological specialization of epithelial secretory organs. She is also associate director for faculty development for the Institute for Basic Biomedical Sciences.

Elizabeth M. Jaffee (fellow, oncology, 1989–1992; current faculty, radiobiology) is the inaugural director of the new Johns Hopkins Cancer Convergence Institute, which aims to marry emerging technologies with computational biology and cross-train scientists in biology and data science. Jaffee is recognized for her research on pancreatic cancer, particularly characterizing the tumor microenvironment, and her significant advances in developing an effective immunotherapy. 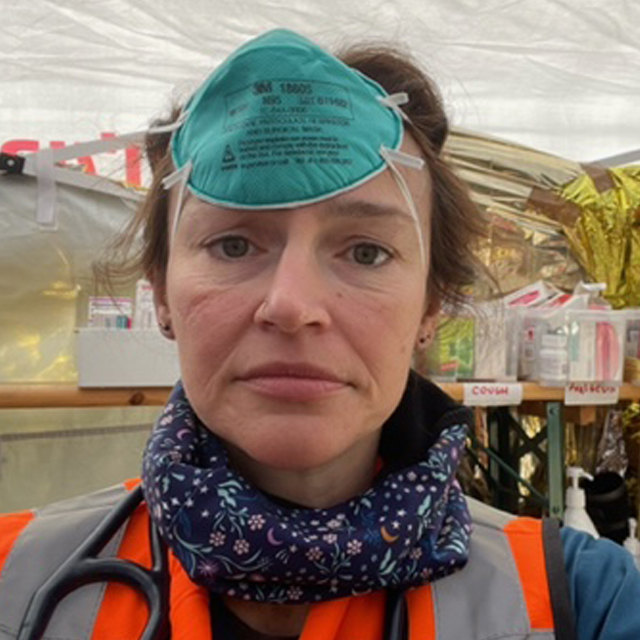 In Solidarity with Ukraine’s Refugees

Reed returned to her home country to help meet the tidal wave of medical need. 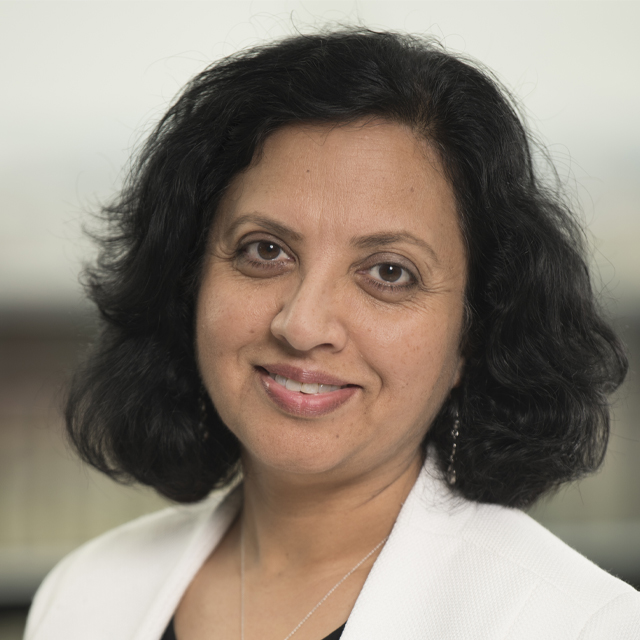 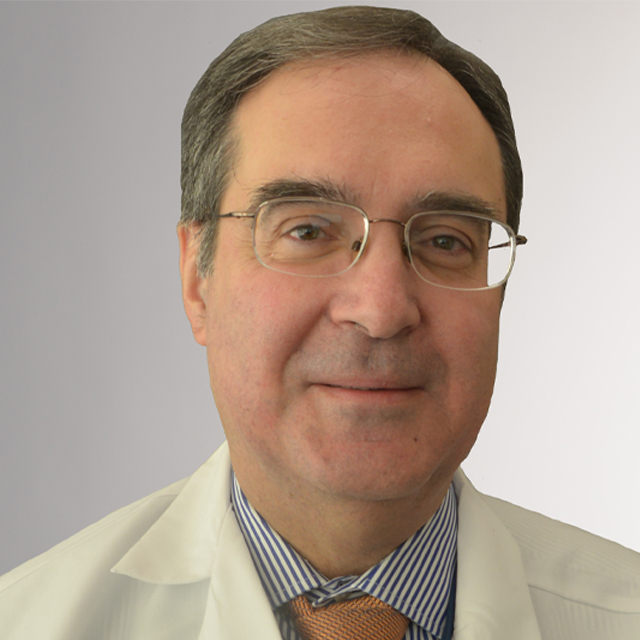 Varelas is a national leader in neurological intensive care.
back to top button