As part of Johns Hopkins Go Team in St. John to provide patient care in the aftermath of hurricanes Irma and Maria, pediatrician Robert Greenberg and pediatric nurse Marybeth Pule found a devastated island and dazed residents. They also found an extremely diverse and deep medical team confident and calm in caring for patients in the wake of the two storms.

“The people in St. John were solemn, wearing facial expressions still in disbelief,” says Greenberg, who also trained in anesthesia and critical care medicine. “Even though the situation was intimidating, our strength was being pretty good at whatever we needed to do.”

“Our team had synchronicity in a situation where you don’t have the availability of all the stuff we have here,” says Pule, who as a nurse assisted victims of Hurricane Katrina in 2005. Greenberg, no stranger to disaster relief, volunteered with a medical team in Haiti following its 2010 earthquake.

Their first task was helping the six-member Johns Hopkins Go Team relocate equipment from a collapsing clinic in the hills to a community health center near Cruz Bay. There they treated patients with an array of abrasions, cuts, infected wounds and abdominal pain, some of whom they sent to St. Thomas for surgical evaluation. They also cared for patients who were traumatized by the storms and the uncertain futures they brought.

“Our presence alone was helpful,” says Greenberg. “We were there and we kept coming back, which was reassuring to the residents.”

Unexpectedly, Greenberg also found himself performing physicals for students transferred to the one school that survived the storm: “The only school that was not decimated would take the kids, but they needed to know their immunizations were up to date. Being the only pediatrician on the island, I did school physicals. That was cool.”

“Even though the situation was intimidating, our strength was being pretty good at whatever we needed to do.” 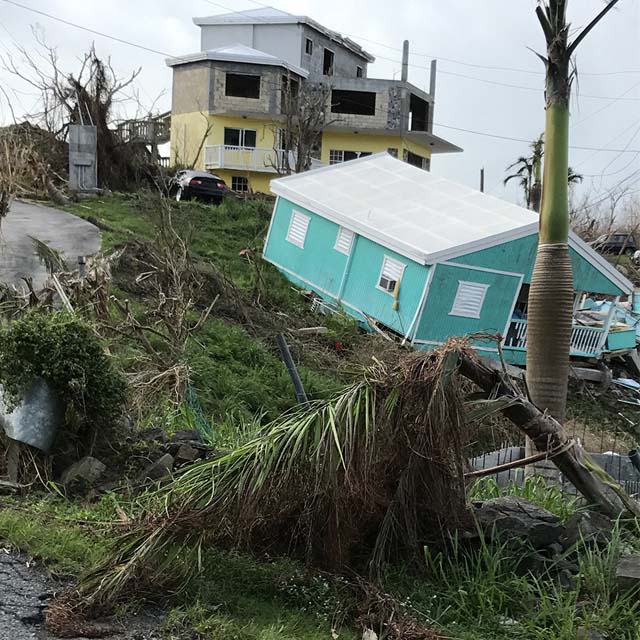 Damage on the island of St. John following hurricanes Irma and Maria.
back to top button