David Agus, professor of medicine and engineering at the University of Southern California and founding director of USC’s Lawrence J. Ellison Institute for Transformative Medicine

From the outset of his internal medicine training, David Agus (Thayer, 1992) suffered severe anxiety while presenting patients to his assistant chief of service, Amy Gordon. Since then, the former introvert has become a best-selling author and prominent voice on the national stage, including a weekly segment on CBS This Morning.

The Baltimore native says he knew from an early age that he wanted to be a doctor, following the path of his Johns Hopkins undergraduate-trained nephrologist father. After earning a B.A. in molecular biology from Princeton University and an M.D. from the University of Pennsylvania, Agus matched in internal medicine at The Johns Hopkins Hospital. He went on to complete a research fellowship at the National Institutes of Health and an oncology fellowship at Memorial Sloan Kettering Cancer Center.

Over the past 25 years, Agus has been working to advance innovations in medicine and new technologies. Co-founder of several personalized medicine companies, he aims to explore the relationship of the human body to health and disease in novel ways.

Agus specializes in treating patients with advanced cancer. He’s developed clinical trials for new drugs and treatments, supported by the National Cancer Institute and other private foundations (with no financial ties to drug companies). He also serves in leadership roles at the World Economic Forum, among other organizations, and is a member of the Osler Advisory Board.

His first book, The End of Illness, was published in 2012. A New York Times  No. 1 and international best-seller, it was the subject of a PBS series. His most recent books include A Short Guide to a Long Life and The Lucky Years: How to Thrive in the Brave New World of Health.

In May 2016, billionaire Larry Ellison gave the USC Center for Applied Molecular Medicine $200 million for a new cancer research center, to be headed by Agus. The interdisciplinary facility will harness research in such areas as nanotechnology, biology, genetics and nutrition.

Agus lives in California with his wife, two children and a Bernese Mountain/Great Pyrenees-mix dog.

How has your Osler training informed your career?

It taught me how to approach medicine as an art, through the powers of observation. We didn’t have iPhones or Google, but we did have incredible role models, like cardiologist Tom Traill, with his sardonic British wit, and the brilliant rheumatologist Mary Betty Stevens, and fantastic Thayer teammates, like Redonda Miller, John Krakauer and Lorraine Ware. The awe began on my first day, when [geneticist and Director of Medicine] Victor McKusick led a group of us up into the dome. It put everything into perspective. So did Sir William Osler’s legacy. He didn’t just practice medicine; he changed it. He felt a moral obligation to write and to speak publicly about medicine. I wrote a chapter about him in my latest book. I also came to value the people in my firm. We constantly learned from each other—another important lesson.

Did you always have an interest in engineering?

Yes. I felt like it was another big piece of the medical puzzle. That became especially clear to me one day when [cancer researcher] Don Coffey invited me into his office. He showed me a video of a chicken with eggs hatching. He asked me, “What if you change the temperature?” I learned that it’s not just about the DNA of each egg. It’s also about the physical environment—a whole new way of thinking. We’re going to find cures for disease by different disciplines working together.

What’s it like combining a medical career with providing mass-market health guidance?

My job is to curate information. Writing books is a way to push things out. I have an appetite for it, and CBS asked me to join its team. I consider it a privilege, but it’s demanding. I often do a live broadcast at 4 a.m. Los Angeles time and get hundreds of emails. I see about 50 patients per week—my greatest joy. My priority is helping people to live longer, without suffering.

What are your greatest challenges?

You’re never off. People contact me 24/7. I also see a lot of pain and suffering. It takes an emotional toll, as does performing autopsies on my patients. But I know that without doing this kind of work, the field won’t get better.

What's up next for you?

I’m excited about building the new USC cancer research center. It will be a place where everyone will think about cancer. There will be physicists, mathematicians, radiologists, pathologists, statisticians—as well as chefs and artists. I’m also working on another book on what we can learn from systems outside of us, like elephants. They have 20 copies of a major cancer-suppressing gene. Humans have only one of these genes. 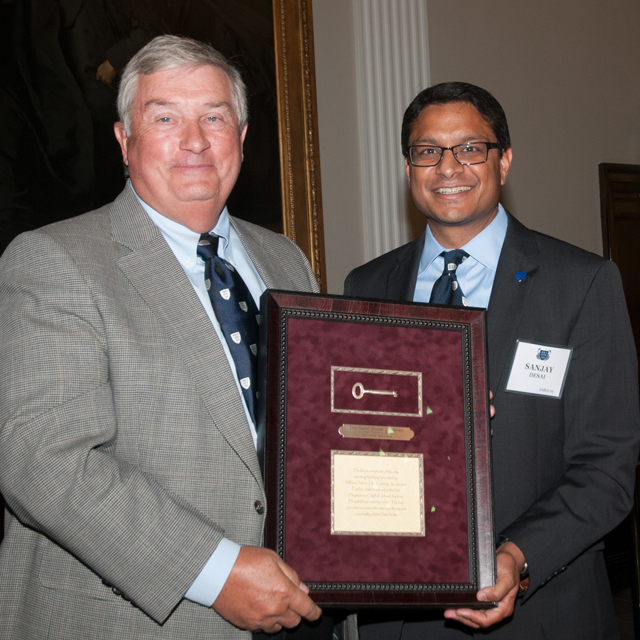 Beyond the Dome: Craig Smith

Craig Smith opens up about what it took to build Johns Hopkins Medicine’s Division of General Internal Medicine and his career in the biotech world.

Beyond the Dome: Katrina Armstrong

Osler alum Katrina Armstrong opens up about how her training informs her role as chair of medicine and physician-in-chief of the Department of Medicine at Massachusetts General Hospital.
back to top button