When he is satisfied with his medical treatment, Tom Seip always considers supporting the organization that made him feel that way. In 2019, after two positive experiences with the Johns Hopkins Department of Orthopaedic Surgery, Seip committed to sponsoring the cost of a nurse navigator for three years.

“My clinical experience was tiptop,” says Seip, a resident of Easton, Maryland. “The nurses and doctors were completely buttoned up, everybody knew exactly what to do, and the procedure ran with military precision.”

When the retired investment management executive needed a partial knee replacement, he went to the Johns Hopkins Department of Orthopaedic Surgery.

Seip says he has always held academic medical centers in high regard. This reverence came from his father, a former executive at General Electric, who chose to have his comprehensive physical evaluations at an academic medical center in the 1960s. Then, when Tom’s family couldn’t get answers locally for a health problem that his sister had, they traveled to one such center, where she received an accurate diagnosis and appropriate treatment.

Decades later, after Tom took an early retirement, he began feeling joint pain in his shoulder. His primary care physician referred him to an orthopaedic surgeon in the Johns Hopkins Department of Orthopaedic Surgery: Edward McFarland.

“It was a great consultation,” he says. “Dr. McFarland refused to operate on my shoulder, given what he saw on my images. He recommended physical therapy, and that fixed the problem.”

Seip continued doing all the things he loves, including racing a sailboat on the Chesapeake Bay and cruising a powerboat off the coast of Massachusetts. He also served on various boards, including one for a medium-sized investment firm and those of nonprofit organizations. “I've been on a lot of not-for-profit boards here in Easton and Talbot County. It’s fun to help worthy institutions along,” he says.

After a few years, Seip started experiencing pain in his knee. He consulted his primary care physician who, once again, referred him to the Department of Orthopaedic Surgery. This time, Seip had an appointment with orthopaedic surgeon Harpal Khanuja.

Khanuja recommended that Seip first purse nonoperative management. However, the time eventually came when Seip needed to have a partial knee replacement.

Before the surgery, he connected with a nurse who explained what to expect. “She was absolutely fabulous,” he says. “There was a lot of information, and she answered my questions directly and on-point.”

Now, more than four years after his surgery, Seip says, “I don't even think about my knee anymore.”

Whenever he has the opportunity, Seip recommends McFarland and Khanuja to others. “I have a friend who had his shoulder replaced by Dr. McFarland, and he was pleased as punch.”

Seip also committed to sponsoring the cost of a new, additional nursing position in the Department of Orthopaedic Surgery for three years. Now that his commitment has ended, the department has hired a full-time nurse practitioner because the role proved to be so valuable.

“We’re very grateful for support like Mr. Seip’s because it helps us to continue providing the best care possible,” says Khanuja. “Donations like his enable the department to grow and help and serve even more patients.”

To make a tax-deductible gift or to learn about the benefits of an estate intention or a charitable gift annuity that provides disbursements to you, please email Kristin Veno at kveno@jhmi.edu or call 410-955-6611.

An estate gift in 1873 from our founding benefactor, Johns Hopkins, created the American academic medicine model. The Johns Hopkins Legacy Society honors those who make their own legacy gifts to help secure the financial future of Johns Hopkins Medicine. To become a Legacy Society member, you may include Johns Hopkins in your estate plan, designate Johns Hopkins as a beneficiary of a retirement plan or life insurance policy, or give in a way that also provides income to you.
To learn more about these creative ways to donate, visit Johns Hopkins University and Medicine Gift Planning. 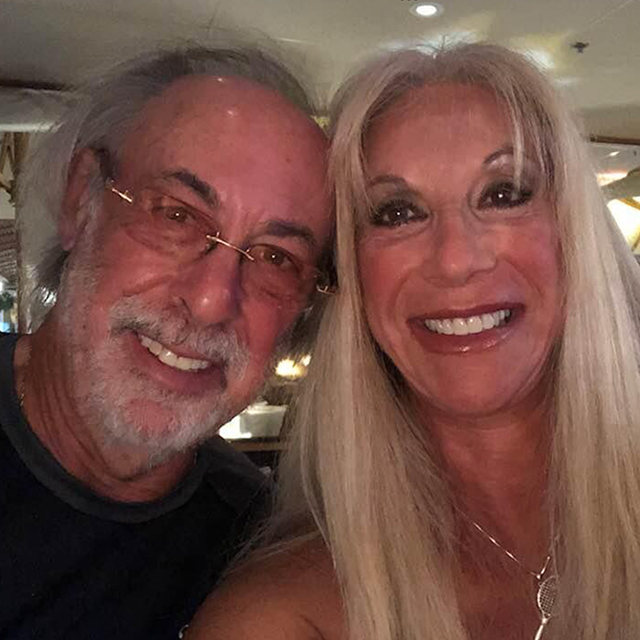 Estate Planning Offers a Lasting Chance to ‘Give Back’

Michael Feinstein and his wife, Sharon, are making a financial gift in recognition of his fulfilling work with the Johns Hopkins Department of Orthopaedic Surgery.

Anita Rao, one of the first women to complete a sports medicine fellowship in the Johns Hopkins Department of Orthopaedic Surgery, shows gratitude for her training through an endowed lectureship supporting diversity.
back to top button