While he was growing up, Lin was well aware of the negative impact that hearing loss had on his grandmother’s life, an observation that steered his path into the specialty in which he now practices. Helping individual patients he sees in the clinic to hear better has never been enough. Lin says that to really have an impact on this problem, he would need to show that the consequences of hearing loss are so blatant, and that treatment is so beneficial, that policymakers who could make a difference on a broader magnitude couldn’t help but notice.

He’s accomplishing this goal on a grand scale. In the past two years, Lin was invited to co-chair a workshop on hearing loss and aging at the National Academies of Sciences, Engineering, and Medicine that led to a formal consensus study on the affordability and accessibility of hearing care for adults. Then, last year, Lin was asked to advise the President’s Council of Advisors on Science and Technology (PCAST) at the White House, a group that gives advice directly to the president, on hearing loss matters. His work influenced PCAST’s recent recommendation to propose new regulations to make hearing aids more accessible to the general public.

Lin’s path to advising the White House began with basic epidemiology research that he started in 2010 when he became a faculty member at Johns Hopkins. Through a series of studies, he connected hearing loss with a diverse set of consequences, including dementia and brain atrophy.

“For many people, this line of research would just continue to be pursued,” he says. “For me, though, this wouldn’t really be too satisfying since what we really care about is whether treating hearing loss can make a difference.”

Over the last three years, Lin has worked on launching the ACHIEVE (Aging, Cognitive, and Hearing Evaluation in Elders) study, an offshoot of the Atherosclerosis Risk in Communities - Neurocognitive Study, which will investigate if treating hearing loss reduces the risk of cognitive decline and dementia in older adults.

With promising early results, Lin says that he’s not interested in waiting around until the study’s conclusion to make hearing help more accessible to older adults. In 2015, he co-founded AccessHEARS with otolaryngology resident Carrie Nieman, a nonprofit that’s distributing personal sound amplification products at no cost to older adults in Maryland using trained community health workers to provide accessible and affordable hearing care.

To ultimately effect change, however, Lin needed to go to the top—hence his governmental work with the Institute of Medicine and PCAST.

Lin notes that working at these levels has been fun but challenging. In any given day, he says, he’s constantly switching tracks to speak “different languages”—conversations with fellow scientists, White House staff members, and AccessHEARS colleagues flow back to back. But it’s ultimately worth it to achieve his goal of improving the lives of older adults by improving their hearing.

“I’ve found,” Lin says, “that it’s only when you can work at the interface of different areas that you can really make a difference.”

“I’ve found that it’s only when you can work at the interface of different areas that you can really make a difference.” 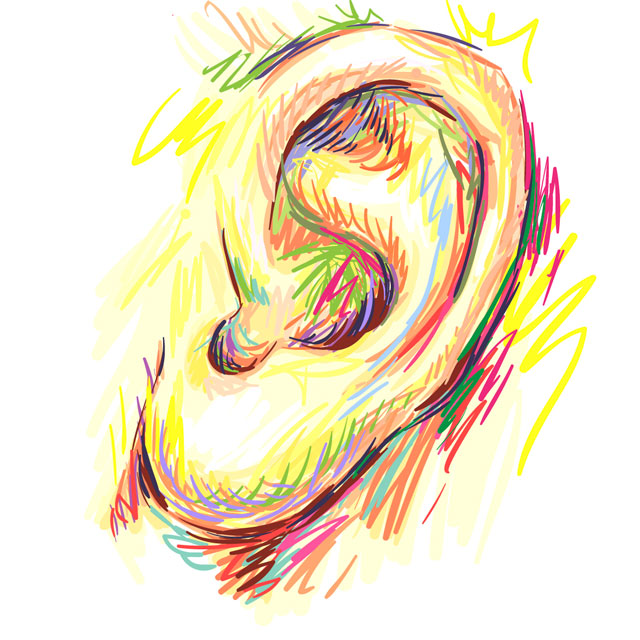