Patients with breast cancer have more options than ever before for breast preservation and scar minimization.

Maureen O’Donnell and Hanh-Tam Tran, Johns Hopkins breast surgeons at the Sullivan Breast Center at Sibley Memorial Hospital, work with patients and multidisciplinary teams to determine the most effective and least invasive course of treatment for patients with breast cancer.

New surgical techniques include nipple-sparing mastectomies, remote-incision lumpectomies that hide scars, and post-mastectomy reconstruction that is less painful than methods used in the past.

This less-aggressive approach applies to all aspects of cancer treatment. If a patient older than 70 has a small cancer that is estrogen-receptor positive, the team may recommend against radiation following surgery or removing lymph nodes to determine the cancer’s stage, says O’Donnell, a clinical associate of the Johns Hopkins Department of Surgery-Breast Division.

When a patient comes to the Breast Center, O’Donnell and Tran start by learning her age, medical and family history, and treatment goals. They use information from radiologist and pathologist workups, including the size and biologic profile of the cancer, and recommend a treatment plan.

If surgery is needed, they can often recommend lumpectomies, even for larger tumors, says Tran. However, if the tumor is large compared to the overall size of the breast, the resulting asymmetry may be undesirable for patients. In such cases, O’Donnell and Tran work with reconstructive surgeons to help women achieve a more aesthetic outcome.

For a mass that is not close to the nipple, the surgeon can often create an incision along the edge of the nipple and “tunnel” to the tumor, a technique that minimizes the visibility of a scar.

With mastectomies, the surgeons are often able to preserve the patient’s nipple by removing the breast tissue while leaving the skin intact. Exceptions are if the cancer is directly behind the nipple, or if the breast is very large and the remaining blood flow would be insufficient to keep the skin and nipple alive.

After the breast tissue is removed, temporary saline-filled expanders are placed inside the skin to maintain the space and let the skin heal before permanent implants are introduced. The expanders now go in front of the muscle, says Tran, instead of behind it, as in the past. “It doesn’t stretch the muscle, so it’s not as painful,” she says.

O’Donnell and Tran meet every week with Sibley’s tumor board to discuss treatment options with the multidisciplinary team, which includes clinicians in radiation and medical oncology, imaging, pathology, genetics and physical therapy. The Johns Hopkins tumor board, based in Baltimore, is also available to discuss complex cases.

“We don’t make these decisions on our own,” says Tran, a clinical associate at the Johns Hopkins University School of Medicine. “We make sure our surgical recommendations are part of a treatment plan that the entire team agrees on.”

The Sullivan Breast Surgery Center at Sibley Memorial Hospital, part of the Johns Hopkins Kimmel Comprehensive Cancer Center, is dedicated to breast health and the care and treatment of breast cancer. 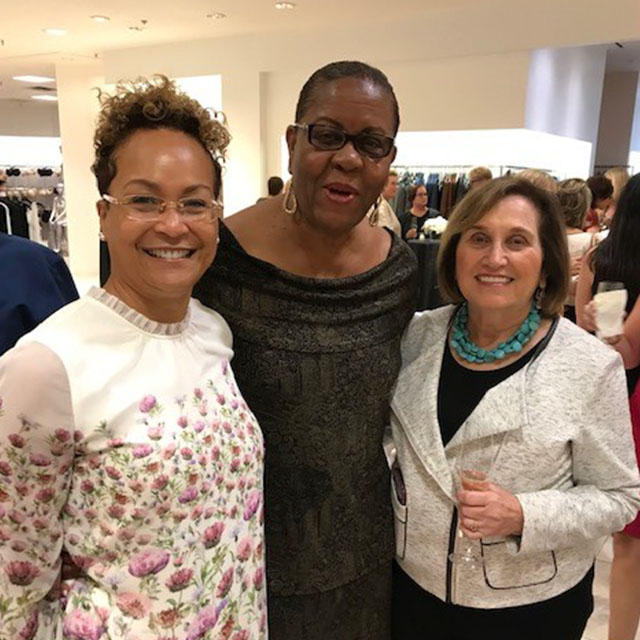