A fall can be a frightening and life-altering event in a person’s life. As we age, both the fear and implications of falling grow. “I think we’ve all had older relatives who fell, and it really caused them to have a significant change in their life. Their mobility was much more limited and they didn’t walk as much,” says Pradeep Ramulu, M.D., Ph.D., the Sheila K. West Professor of Ophthalmology and chief of the Glaucoma Division at the Wilmer Eye Institute. “It’s been a very challenging issue for society as a whole. People know that falls can really affect their quality of life and well-being. But they still happen.” Ramulu aims to change that.

As a glaucoma specialist, he became interested in studying falls when he noticed how many of his glaucoma patients expressed a fear of falling. As he read studies on falls, he observed that researchers measured only falls over time — for example, study participants fell X number of times a year. In research on car accidents and aging, however, studies measured both accidents over time and accidents per mile driven.

These two measurements yielded different insights. For example, studies that examine car accidents and aging have found that as people age, they have fewer car accidents. “But if you look at the association between age and crashes per miles driven — it goes up very dramatically,” says Ramulu. “Older people have fewer accidents because they drive less, but at the same time they’re not as safe when they’re driving.”

Because both falls and car accidents involve time and distance, Ramulu decided to add an additional measurement to a falls study: falls per steps taken. He and his research team launched the Falls in Glaucoma Study (FIGS) to do just that.

The five-year FIGS study revealed that changing the way one measures falls does change how one identifies those at risk for falling. “We found that people with glaucoma fell more, but only if you looked at their rate of falls per step taken. They did not fall more in a given year, because they were less exposed to a potential fall given their restricted activity,” says Ramulu. The study also yielded an unexpected insight.

“What really surprised us was that if you looked at how many times participants fell per step they took — you found that every step they took at home was more likely to result in a fall than every step they took outside the home,” says Ramulu. Yet, we have far more control over our home environment than any other, points out Ramulu, which means making changes to the home is easier and potentially more effective in the effort to reduce falls.

Though a glaucoma specialist, Ramulu knows that falling has consequences for more people than just those with vision impairment. Worldwide, 37.3 million falls severe enough to require medical attention occur each year, according to the World Health Organization. In the U.S., one in three adults over age 65 will fall each year, and falls among this age group are costly. The Centers for Disease Control and Prevention cites that each year in the U.S., more than $50 billion is spent on medical costs related to fall injuries. As the population ages and more people elect to stay in their homes as they age, he sees a pressing need to address the “very stubborn problem” of falls.

“We are really interested in figuring out what within the home makes people fall a lot more and whether there’s anything in their environment we can change to make them safer,” says Aleksandra Mihailovic, Sc.M., a senior member of Ramulu’s research team.

To create effective changes in the home, Ramulu’s team wants to hone in on what makes a home less safe. “You could say if the home is dark or cluttered, people will fall. But we don’t have actual evidence on what in the environment may result in people falling,” says Mihailovic. To uncover this key evidence, Ramulu’s team has launched the appropriately named Safety and Functionality Eye Research (SAFER) study.

The SAFER study, for which they are still enrolling patients, will have several components. The first is a home assessment that involves recording specific features of the study participant’s home, among them whether the steps are even, rugs are rolling up, the lighting is sufficient, and if there is high contrast between thresholds of rooms.

In addition, the team will install an indoor positioning system in the home for one week that will track where participants go in their home and how much time they spend there. A wearable accelerometer will record the number of steps they take in each location. People will also record when and where they fall inside the home — or whether they do at all.

By combining this information with the features recorded in the home assessment, they hope to uncover which features lead to safer homes, and with this data, to lead the way in promoting safer home design.

“To the extent that we can identify environmental features that play a role — that is probably one of the most easily addressed parts of the puzzle,” says Ramulu. “The audience for our research could be patients themselves, their families, architects, or designers and builders who would use this information to make more livable spaces right away.”
Request an appointment
Johns Hopkins' medical concierge services offer complimentary assistance with appointments and travel planning. Request free assistance:
All fields required * 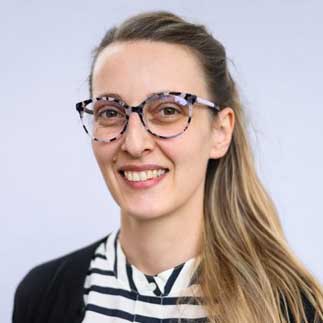 Aleksandra Mihailovic
back to top button