Matsie Bosmans was 17, finishing her junior year of high school and looking forward to a summer of waitressing at the beach in North Carolina. But she had to call the Outer Banks restaurant to say she wouldn’t be able to work there after all. She needed to stay in Maryland for a year—actually, 54 weeks—for chemotherapy. She had cancer.

Two and a half years later, Matsie, now 19, is being treated for her third recurrence of the disease. She wants to go to college like her friends, or at least hop in the car for weekend visits. She wants to wear a cute outfit for a giggly brunch in Fell’s Point.

Instead, she’s living in Howard County with her parents and younger sister, only going to Baltimore for weekly treatments in the pediatric oncology unit of  the Johns Hopkins Children’s Center.

Johns Hopkins, like other institutions, is changing the way it cares for adolescents and young adults like Matsie. New research and treatments for diseases, including AIDS, cystic fibrosis and cancer, are rooted in a growing recognition that this age group has its own physical and emotional characteristics, different from those of young children or older adults.

In oncology, the dividing line between pediatric and adult care, once fixed at 18, has shifted, letting Matsie remain in the Children’s Center while doctors focus less on her calendar age and more on making sure she receives the right treatment for her cancer type and stage of life.

Instead, it’s the pediatricians who must adapt. “We’ve had to make adjustments over the years,” says Matsie’s doctor, pediatric oncologist David Loeb. “I have patients who are married, patients who have kids. The interactions are different from talking with 5-year-olds and their mothers.”

Matsie meets regularly with Allie Gubin, a social worker specifically for cancer patients between the ages of 15 and 25, hired in 2012 through a partnership with the Baltimore-based Ulman Cancer Fund for Young Adults.

Gubin’s patients are in a developmental stage already defined by concerns about looks, relationships and independence. Her job is to help Matsie and others cope with an illness that can steal their hair, strain their friendships, and put jobs and careers on hold. Gubin also helped create a fertility preservation protocol at the hospital so patients who may lose their ability to have children have access to education, counseling and fertility services.

Each year, about 5,330 U.S. teens between 15 and 19 are diagnosed with cancer, out of about 1.7 million cancer cases of all ages. In 1996, one of those teens was 19-year-old Howard County native Doug Ulman. He founded the Ulman Cancer Fund for Young Adults with his family the following year to provide the information and resources he couldn’t find. Ulman later joined what is now the Livestrong Foundation, where he created the LIVESTRONG Young Adult Cancer Alliance in 2006.

The Ulman Cancer Fund is now building the UCF House in East Baltimore, close to Johns Hopkins and other medical centers, to give young adults and their families a place to stay during cancer treatments. It is expected to open in late 2017.

While organizations like the Ulman Cancer Fund provide emotional and logistical support to young adults with cancer, researchers are looking at which treatments work best for this age group. One study, published in 2008, found that 16- to 20-year-olds with acute lymphocytic leukemia, a cancer that strikes all ages, had a disease-free survival rate of 63 percent with pediatric care, compared to 39 percent for patients in the same age range who received adult treatment.

“It makes a lot of sense,” says Donald Small, director of pediatric oncology. “The organ systems of an adolescent or young adult are more like a 10-year-old than a 65-year-old. The therapy that we give is more intense, but it turns out that young adults can tolerate that.”

Within a few years of that study, The Johns Hopkins Hospital raised the age of patients getting active pediatric oncology treatment from 21 to 25, says Cooke. The new age can be modified, he says, leaving plenty of room for pediatricians and adult doctors to work together and recommend patients to each other.

“We are all under one roof at The Johns Hopkins Hospital,” he says. “That gives our patients an important advantage.” But there’s more to be done, he says, to ensure that each patient gets the correct treatment regardless of age.

Matsie’s cancer, rhabdomyosarcoma, attacks the tissue, muscle and bones of roughly 350 Americans under 21 each year. Older people also get it, but adult oncologists have little experience treating it compared to cancers that are common in their patient population, like breast, lung and colon.

Being diagnosed at 17 meant Matsie still went to a pediatrician, who referred her to Loeb. Had she been only a few months older, Cooke points out, a primary care physician might have sent her to an adult oncologist.

Currently, Matsie takes oral chemotherapy at home every day and goes to the pediatric infusion center once a week for blood tests and antibiotic infusions. 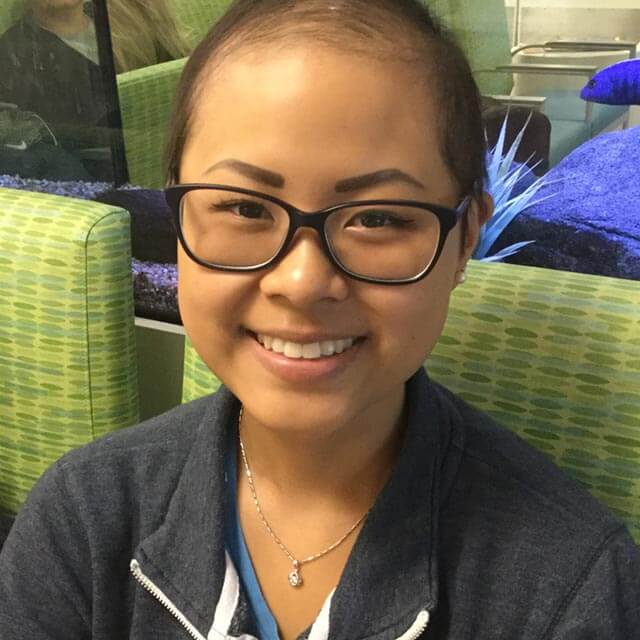 On a recent visit, Matsie’s friend Connie Wong (pictured here) was also there, receiving chemotherapy for head and neck cancer. The two went to high school together. They share the same doctor and a bond that few others can understand. “It’s nice seeing another young adult here,” says Matsie. “It’s such an isolating experience otherwise.”

Diagnosed when she was a high school sophomore, Connie, 19, has been in and out of treatment since she was 16. She remembers the February day four years ago when Loeb told her she had cancer. As he spoke, she translated the doctor’s words into Chinese for her mother. “She basically couldn’t accept it,” Connie says. “She kept saying, ‘Are you sure?’ I think that’s the first time I’ve seen my mom cry.”

Treatment gave Connie a possibly permanent ringing in her ears. For a while, she lost her ability to taste. But now she’s tolerating chemo with few side effects while taking online classes at Howard Community College and waitressing a few times a month. She hopes to be cancer-free soon.

Connie chooses to remain in pediatric oncology even though 80 percent of people with her type of cancer are between the ages of 30 and 60. “I feel welcomed here,” she says.

Matsie started chemotherapy and radiation right after she was diagnosed. The regimen destroyed her ability to get pregnant, but she didn’t worry about that because she planned to adopt anyway, she says.

She studied with a home tutor and finished treatment the day before graduation in 2015. Deemed cancer-free, she walked the stage to receive her high school diploma with the rest of her class, including Connie.

Next came a bone marrow transplant to prevent the disease from coming back. The procedure was scheduled for August, but tests found that the cancer had returned. Matsie underwent more chemo before receiving bone marrow from her mother, Gambol Bosmans, in November 2015.

By then, Matsie was 18, legally an adult. Gubin asked if she still wanted her parents to come to appointments and weigh in on treatment options. Matsie said yes. “We make decisions together as a family,” says Gambol, who quit her job as a tech recruiter to care full time for her daughter.

In September, with her family’s support, Matsie opted for a surgery to attach the side of her lung to her chest wall, removing space where fluid was gathering. With Gubin’s help, she also completed an advance directive. “I put my parents down as people to make decisions for me if I can’t,” she says.

Matsie endured chemo, a bone marrow transplant, hair loss and lung surgery. Still, illness has added purpose to her life. She created Matsie’s Lights of Love, which gives colorful lights to brighten the rooms of her fellow cancer patients. She is an advocate and speaker for Johns Hopkins pediatric cancer research, the Ulman Cancer Fund, and the wig donation nonprofit EBeauty.

Now, a few weeks shy of her 20th birthday, Matsie says she wants others to know what it means to be a young adult with cancer.

“Every time I thought I was ready to get a job or go back to school, there was another bump in the road,” she says. “It kind of stinks when strangers ask where you’re going to school or if you’re working. I don’t have answers to any of that. I don’t think many people understand it. I honestly feel like we are the forgotten demographic when it comes to cancer.”

Editor’s note: We are sad to report that Matsie Bosmans died on January 21, 2017.

In Children Under 18, in Order of Prevalence

In Adults Aged 18 and Over, in Order of Prevalence

Growing Up in Pediatric Oncology

Karen Shollenberger was first diagnosed with leukemia when she was 10.

She has stayed optimistic—mostly—through relapses, chemo and other treatments. Her most recent relapse was in June, followed by a second bone marrow transplant in August.

Karen, who is close to completing a communications degree at Drexel University in Philadelphia, had to leave campus for the transplant at The Johns Hopkins Hospital. She’s now taking classes online while living with her parents in West Friendship, Maryland.

Karen still plays bingo and cards with the younger patients in the unit, but she feels like the grown-up among them. She knows some from Camp Sunrise, the weeklong summer overnight camp for children who have or had cancer, sponsored by the Division of Pediatric Oncology. Karen started as a camper there before moving up to become an activity staff member and counselor.

“I’m so glad I'm in pediatrics,” she says, sitting in the teen room of the pediatric oncology center before an appointment. “I think it’s a much happier place.” 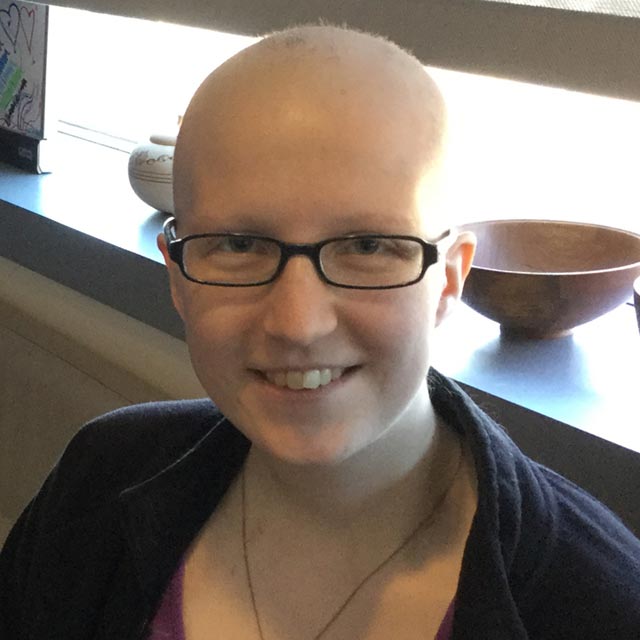 Pediatric oncologist Peter Shaw is on a mission to strengthen adolescent and young adult cancer care at Johns Hopkins All Children’s Hospital.

Shaw, who joined the St. Petersburg, Florida, hospital in August, is an expert on the subject. He founded the adolescent and young adult oncology program at the Children’s Hospital of Pittsburgh of UPMC, serves as a founding member of the Consortium of Adolescent and Young Adult Cancer Centers, and has published extensively on the subjects of clinical trial enrollment and standards of care for this age group.

At Johns Hopkins All Children’s, new oncology patients must be 21 or younger, an age limit partly dictated by state mandate, Shaw says, though exceptions are possible. He hopes to eventually raise that ceiling to 25.

Meanwhile, he is focused on bolstering fertility services for patients past puberty, encouraging referrals and information-sharing between Johns Hopkins All Children’s and the nearby Moffitt Cancer Center, and creating a social network for teens and 20-somethings through outings such as bowling nights that draw from both hospitals.

Moffitt and Johns Hopkins All Children’s already share an adolescent and young adult oncology program focused on patients with cancers of the bone, muscle and other connective tissues. Shaw is working with physicians at Moffitt to add young adults with leukemia, lymphoma and brain tumors, and those requiring stem cell transplants.

“This patient population is unique,” he says. “In the past, they’ve fallen through the cracks. If they’re treated in the pediatric world, they may be the oldest one on the floor. If they’re in the adult oncology world, the person next them might be 80. Raising our age a little bit and collaborating with Moffitt will resolve a lot of issues.” 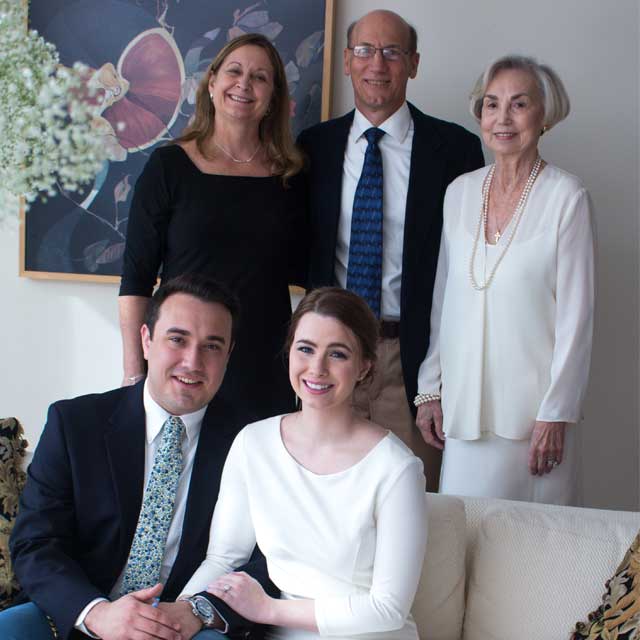 Young adults learn to manage their illnesses before saying goodbye to their pediatricians.

Adolescent psychiatrist Leslie Miller describes the need to catch depression early in a demographic known for high suicide risk.
back to top button