Nora Murray was diagnosed with a sarcoma at 44 and visited Johns Hopkins to find hope. Sarcomas are rare, large, complex tumors that only a few centers in the country are experienced in treating. Nora walks us through her battle with sarcoma, how she overcame it and how her quality of life has improved. Read more about Nora. Watch her story:

Ben is a fun-loving 13 year-old who enjoys skateboarding and playing the drums. In January of 2006, Ben was diagnosed with Ewing’s Sarcoma, a rare cancer that is found in bones and soft tissue.  He was 8 years old.  Doctors diagnosed the disease after he started experiencing hip pain, which is unusual for a child his age.  Ben’s mother, Sue, brought him to his pediatrician where he took x-rays of Ben’s hip and found a tumor in his hip joint. The pediatrician then referred him to Johns Hopkins. Ben underwent surgery to have his hip joint and a large part of his bone removed. After surgery, Ben underwent a year of chemotherapy. Because of the amount of bone that had to be removed, Ben had to wear a body cast that stretched from under his arms to below his knees for six weeks.

Four and a half years later, Ben is now cancer free. “Ben’s cancer is a part of our history. It will always be a part of who we are,” explains Sue, “but it’s just that…it’s not the black cloud you think it will be.” 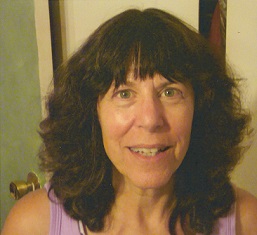 When Karen Gaughan felt a lump in her breast six years ago, her family physician recommended the ‘A team’ at a local hospital. Doctors there did a biopsy and diagnosed her with angiosarcoma, a fairly rare cancer. They offered to perform a mastectomy or lumpectomy as needed, but advised her to find an oncologist and a plastic surgeon.

Then her sister, who had worked for the director of the National Cancer Institute, put Gaughan in touch with him. The director recommended she see top cancer specialists at a place like the Johns Hopkins Kimmel Cancer Center, where she met oncologist Katie Thornton, a sarcoma expert. Thornton said the tumor would have to be treated aggressively and quickly, and offered to work with colleagues at Hopkins to devise a treatment plan. She swiftly pulled together a multidisciplinary team of specialists, including radiation oncologists and surgeons, who communicated regularly to coordinate Gaughan’s care.

“The whole team approach took many layers of anxiety off of me,” says Gaughan, 60, of Fairfax, Va. “I didn’t have to go running around seeking second or third opinions while I thought I was dying.”

Gaughan underwent a mastectomy, chemotherapy and radiation at Hopkins followed by five reconstructive surgeries. After being in remission for five years – far longer than the average two years for her tumor type – a tumor was found last September in the reconstructed breast.

Gaughan is now back under Thornton’s care, this time at Hopkins’ newer location at Sibley Memorial Hospital in Washington. She raves about Sibley’s warm environment, including how the employees all offer to walk her from office to office, and says she appreciates auxiliary services offered by the program, like family therapy and nutrition counseling: “Every person there gives me the feeling I’m the only one they’re treating.” And while I’m willing to travel for hours to get the best care, now I don’t have to.”

Gaughan is now undergoing chemotherapy again and preparing for a mastectomy of the reconstructed breast. But the mother of a 20-year-old and an 11-year-old says she doesn’t let the fear of cancer dominate her life.

Thornton says she is optimistic for Gaughan’s future: “Angiosarcomas of the breast traditionally do very poorly. The fact that she is six to seven years out (from her original diagnosis) is encouraging. Our hope is to get her to long-term remission and keep Karen here to enjoy watching her kids grow old.”