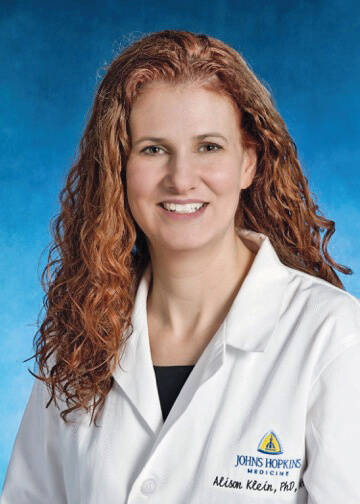 Pancreatic cancer is rare. In fact, if you stand in a room of 100 people, 99% of the time, none of them will get pancreatic cancer in their lifetime, says Alison Klein, director of the National Familial Pancreas Tumor Registry at Johns Hopkins.

That’s the good news. Unfortunately, about 80% of pancreatic cancers are not diagnosed until they already have spread. Pancreatic cancer is one the of the leading causes of cancer-related deaths.

Klein sees plenty of room for improvement. She is focused on identifying ways to recognize and help the people most likely to develop pancreatic cancer. She is revealing the path to pancreatic cancer, following genetic clues, tracking family history, scrutinizing lifestyle factors, and studying pancreatic cysts and other changes in the pancreas, to chart the disease from its beginning and pinpoint opportunities to stop the cancer.

“The first thing we need to do is intervene in the highest risk populations,” she says.

Some studies indicate African Americans are 20% more likely to develop pancreatic cancers. There are very few studies aimed at understanding the reasons, she says.

Klein believes we also need to study the genetic code of African-American patients with pancreatic cancer to address disparities. Although, she has been working to study the genetics of pancreatic cancer for over 10 years, these earlier studies did not include African Americans.  They are needed, she says, to tease out increased risk factors caused by access to care from those with genetic causes and also to ensure African Americans benefit from the targeted treatment and prevention studies guided by genetics.

Working with investigators at other cancer centers, Klein is leading a study of 2,000 African Americans to look for genetic differences among 1,000 pancreatic cancer patients and 1,000 healthy participants.

“We know genetics play an important role, and there may be some that are specific to populations,” Klein says. “Can we drill down to a specific risk profile for African Americans?”

For many diseases, the risk profiles developed in European populations often don’t work as well in African Americans. For example, mutations in the ATM gene increase the risk of developing pancreatic and other cancers among people of European heritage. These occur in about 3% of pancreatic cancers in European Americans.

Klein will use whole genome sequencing—a complete look at the DNA, the instruction manual for cells—in the study participants.

In a chicken or egg scenario, Klein is working to figure out when diabetes causes pancreatic cancer and when pancreatic cancer causes diabetes. She knows that at least a small subset of patients with diabetes are destined to develop pancreatic cancer. Identifying those at risk of developing cancer could help change outcomes. 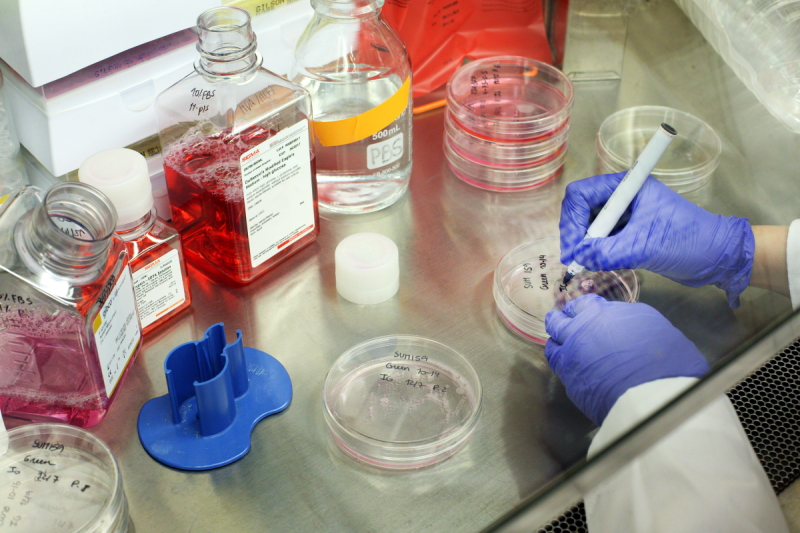 Klein also is taking a closer look at genetic risks for pancreatic cancer, working with Michael Goggins, a pancreatic cancer gastroenterologist and a co-leader of the SU2C-Lustgarten Foundation Pancreatic Cancer Interception Dream Team.

About 5% to 7% of pancreatic cancer patients have a gene mutation in one of 12 known genes, including BRCA1 and 2, ATM and CDKN2A. These genetic clues may aid in early detection and treatment for those at highest risk, Klein says.

“If we could identify family members of patients who have one of these mutations, we could get them into screening,” she says.

In their study, in collaboration with Dana-Farber Cancer Institute in Boston, they are testing 1,000 pancreatic cancer patients, and individuals with a family history of pancreatic cancer, for these gene mutations. Cancer-free relatives who also are found to have the same mutation are given an opportunity to participate in a screening study aimed at detecting pancreatic cancers at the earliest stage, before they can be seen in imaging.

“Uptake of genetic testing in relatives of pancreatic cancer patients is low,” Klein says. “We need to figure out ways to increase participation.”

Making genetic testing more accessible, perhaps through home testing kits, and connections to genetic counselors and screening programs may be one approach. Providing family members with information about the genetic connection to risk for pancreatic cancer also may increase genetic testing.

Identifying mutations can also guide treatment, Klein says. One example, she says, are PARP inhibitors—drugs that enhance the benefit of other treatments by preventing cancer cells from repairing DNA damaged by chemotherapy or radiation therapy. They are now an FDA-approved treatment for pancreatic cancer patients with BRCA2 mutations.

Even if someone carries a pancreatic cancer gene, their risk for developing the disease is only 10% to 25%, she says. “Still, screening in these people is important.”

“We know how genes behave,” she says. “Coupled with information about a family—who has the disease, their age, family size, and causes of death—our model can provide a good estimate of an individual's risk.” Klein is currently working to expand the PancPRO to take into account more risk factors, including diabetes and smoking. 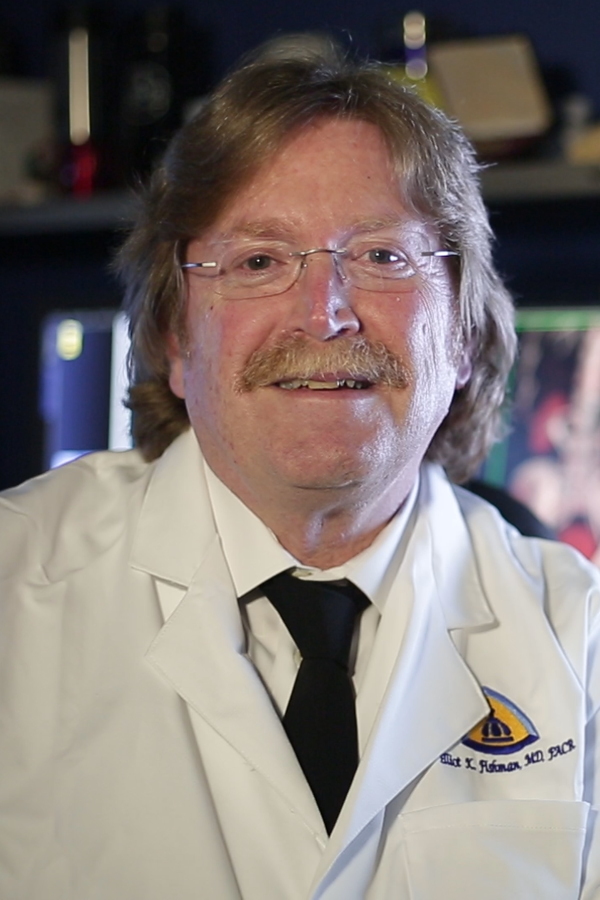 Radiologist Elliott Fishman is exploring how imaging could get more pancreatic cancers diagnosed at a stage where they can be surgically removed. He is leading a Lustgarten Foundation-supported research team that is developing a formula to detect early-stage pancreatic tumors and abnormalities. Right now, this algorithm — nicknamed Felix— is learning to identify healthy and diseased pancreas tissue on patient scans and to distinguish cancer from other abnormalities. Using CT scans, the algorithm can be trained to pick up subtle changes that might indicate an early pancreatic cancer. Felix has a better than 90% accuracy picking up tumors on CT scans, says Fishman.

A new test called CompCyst (for comprehensive cyst analysis) developed by Kimmel Cancer Center researchers is expected to be available by late 2020 to guide clinical decisions in patients with pancreatic cysts. This includes identifying patients who should have surgery to remove their cysts, patients who may benefit from monitoring only, and patients who will require no care for their cysts. The test was created with patient data, including clinical impressions and symptoms, images from CT scans, and molecular features such as DNA alterations within cyst fluid.

“Detecting pancreatic cancer is a challenging problem,” Klein says. “We’ve learned so much, and we’re beginning to see the bar shift. As we make progress in screening high-risk populations, we will be able to extend what we learn to screen for the cancer among the general population.”