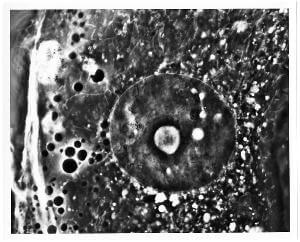 Among the important scientific discoveries of the last century was the first immortal human cell line known as “HeLa” — a remarkably durable and prolific line of cells obtained during the treatment of Henrietta’s cancer by Johns Hopkins researcher Dr. George Gey in 1951.

Although these were the first cells that could be easily shared and multiplied in a lab setting, Johns Hopkins has never sold or profited from the discovery or distribution of HeLa cells and does not own the rights to the HeLa cell line. Rather, Johns Hopkins offered HeLa cells freely and widely for scientific research.

Over the past several decades, this cell line has contributed to many medical breakthroughs, from research on the effects of zero gravity in outer space and the development of polio and COVID-19 vaccines, to the study of leukemia, the AIDS virus and cancer worldwide.

Although many other cell lines are in use today, HeLa cells have supported advances in most fields of medical research in the years since HeLa cells were isolated.