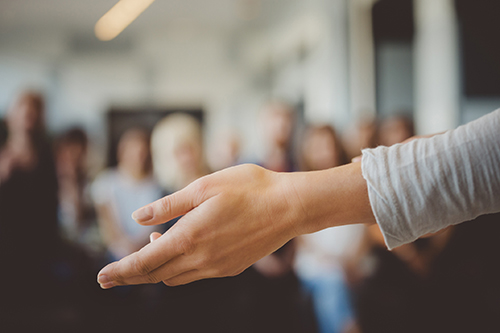 Robert Rutherford, a 1956 graduate of the Johns Hopkins University School of Medicine, served on the Johns Hopkins faculty from 1965 until 1970 before moving on to the University of Colorado. He was one of the world’s most highly accomplished and pre-eminent leaders in academic vascular surgery. Brandi was the granddaughter of Robert and his wife, Kay. Her life was cut short at the age of 8 due to complications related to diabetic ketoacidosis. In Brandi’s memory, the Rutherfords established the Brandi Rutherford Memorial Fund to support an annual lectureship and research initiatives in vascular surgery in hopes of furthering knowledge of the relationship between diabetes and peripheral vascular disease.

In recognition of the exceptional care and treatment their entire family has received at Johns Hopkins, Milton “Mickey” Miller Jr. and his wife, Susan, established the Miller Family Lectureship in Vascular and Cardiac Disease. This annual lectureship features a young and innovative surgeon or interventionalist on new techniques and treatments for vascular and cardiac disease.

2017
“From the Diabetic foot to Starting a Medical School: Personal Lessons of Professionalism and Leadership”
Spence M. Taylor, M.D.
President of the Greenville Health System (GHS)
Chair, Board of Managers for the GHS Health Sciences Center
Professor of Surgery, University of South Carolina School of Medicine