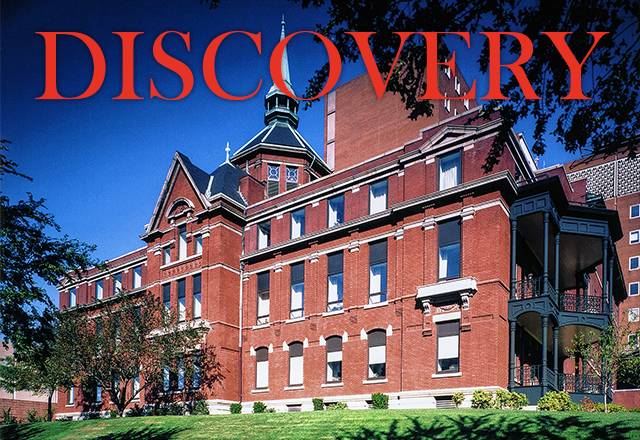 Prostate cancer is a curable disease for many patients. In fact, for some men, it requires no treatment at all – but we at the Brady want to make sure we correctly and safely identify those men. For men who do need treatment, we want to address their cancer with few to no side effects.

Thank you to those who have committed $500,000 or more to The Patrick C. Walsh Prostate Cancer Research Fund.

Sfanos and her team found bacteria in urine and fecal samples of boys as young as three months.

They don’t happen often, but Brady urologists would like to prevent them altogether: blood clots in the legs or lungs after radical prostatectomy.

The Father of Active Surveillance

Carter, retiring as the Bernard L. Schwartz Distinguished Professor of Urologic Oncology, reflects on his 32 years at the Brady.

“We know a lot, but certainly there is more to learn, about the markers, the disease itself, and how to deal with it when something should be done.”

“We found that three genes, ATM, BRCA2, and MSH2, were mutated at a significantly higher rate in high-grade cancers.”

Now, we are pleased to report, the results of the Baltimore ORIOLE multicenter trial are even better than radiation oncologist Phuoc Tran, M.D., Ph.D. hoped.

Discovered: A “Gatekeeper” Gene for CRPC

Lupold sees PDCD4 levels as a key “thermostat” for prostate cancer, whose presence or absence helps determine whether the cancer cells will die, or go on to become independent of hormonal control.

Why are African American men 1.5 times more likely to get prostate cancer, and more than twice as likely to die of it as men of European descent? Brady investigators have discovered critical, inherited genetic mutations in men of African descent.

Under the microscope, pathologists can see it: differences in prostate cancer cells, some clearly more ragged-looking and aggressive than other, more well-defined and orderly cells. “But we don’t know why some prostate tumors behave more aggressively,” says Brady pathologist Tamara Lotan, M.D., who teamed up to look for answers.

For Some Men with Certain Genes: PARP Inhibitors Instead of ADT

“We are using two PARP inhibitors, olaparib and rucaparib, in two clinical trials to maximize clinical benefit while avoiding the long-term toxicity of ADT.”

This protoxin is a copycat killer: like immune cells, it pokes lethal holes in cancer cells. Unfortunately, so far prostate cancer has proven to be resistant to immunotherapy. So how can we get to metastatic prostate cancer cells to kill them? Brady scientists have come up with a solution.

The Keystone to Resistance after Chemotherapy for Prostate Cancer

Prostate-specific RNA in the urine may lead to a new test for clinically significant prostate cancer, and may show which men have more aggressive disease.

Since its inception in 2005, The Patrick C. Walsh Prostate Cancer Research Fund has awarded millions of dollars to Johns Hopkins scientists in every discipline. Learn what the 2019 awardees accomplished.

Upper Tract Urothelial Cancers: Who Will Benefit from Chemotherapy?

When it comes to chemotherapy for urothelial cancer, does location matter? Hopkins scientists are working to find out.

Scientist Woonyoung Choi, Ph.D., who led genomic studies that identified the basal and luminal molecular subtypes of bladder cancer, has discovered that the immune system plays a powerful role in how patients respond to chemotherapy.

Evaluating Alternatives to BCG: Is Combination Chemotherapy the Next Frontier?

Can Biomarkers Predict Who Will Benefit from Chemotherapy in Bladder Cancer?

New tests could identify who will benefit from chemotherapy, and spare those who will not.

Brady urologist Trinity Bivalacqua, M.D., Ph.D., the R. Christian B. Evensen Professor, has received this year’s Gold Cystoscope Award, one of the highest honors awarded by the American Urological Association.

“In the field of bladder cancer, we are desperately trying to find biomarkers for the selection of patients for NAC before surgery,” Bivalacqua says.

“Half of the patients who chose delayed intervention did so because their cancer grew or changed; the other half decided to have surgery because of anxiety or uncertainty about their cancer. “The good news is that none of these patients had a recurrence of cancer."

Can what’s happening to the immune system in kidney cancer be tracked? Are there biological footprints that might lend themselves to a test? Quite possibly!

“How long am I going to live?” There’s a new way to answer this question, and it’s called conditional survival.

In May, the American Urological Association (AUA) released its first-ever guidelines for the management of early-stage testicular cancer, supported by evidence from the Evidence-based Practice Center (EPC) at Johns Hopkins.