The DISSRM: Nearly a Decade of Patient-Specific Treatment

“The risk of death from cancer is incredibly low in these patients, and choosing the right management strategy is highly patient-specific.” 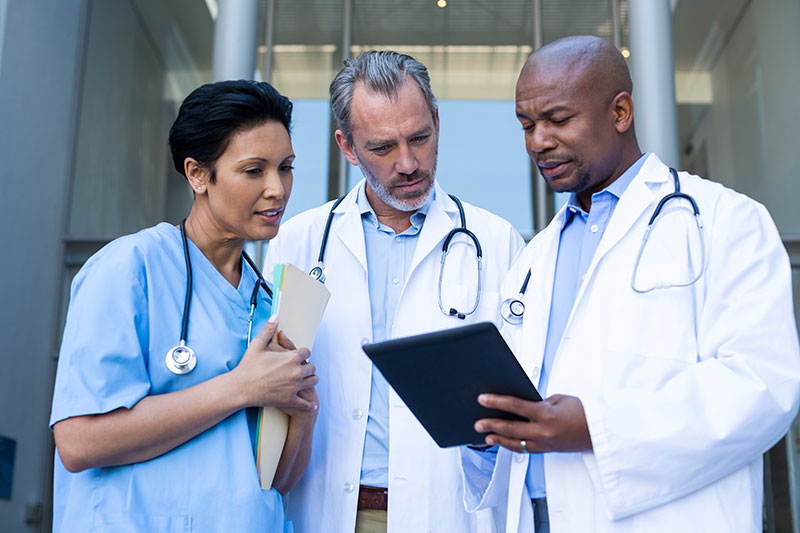 When it comes to kidney cancers, size matters. Small renal masses (SRM) are tumors less than 4 cm in diameter. “Although most of these SRM are cancers, the majority are low-grade, indolent tumors – tumors that behave in a benign fashion,” says Mohamad Allaf, M.D., Director of the Kidney Cancer Program at The Brady, “and most patients with SRM die from other causes.”

More than 700 patients at three institutions have enrolled in the DISSRM (Delayed Intervention and Surveillance for Small Renal Masses) Registry since it opened in 2009. These patients are treated either with radical nephrectomy (removal of their entire kidney), partial nephrectomy (removal of their tumor and sparing of the kidney), thermal ablation (freezing or burning the tumor), or active surveillance.

In a study recently published in the British Journal of Urology International, DISSRM researchers demonstrated “very few deaths from cancer among all patients in the study,” says principal investigator Phillip Pierorazio, M.D., “The largest decreases in kidney function appeared in patients who had an entire kidney removed, and mental health scores were similar among all treatment groups. The risk of death from cancer is incredibly low in patients with SRM, and choosing the right management strategy is highly patient-specific.”