“Half of the patients who chose delayed intervention did so because their cancer grew or changed; the other half decided to have surgery because of anxiety or uncertainty about their cancer. 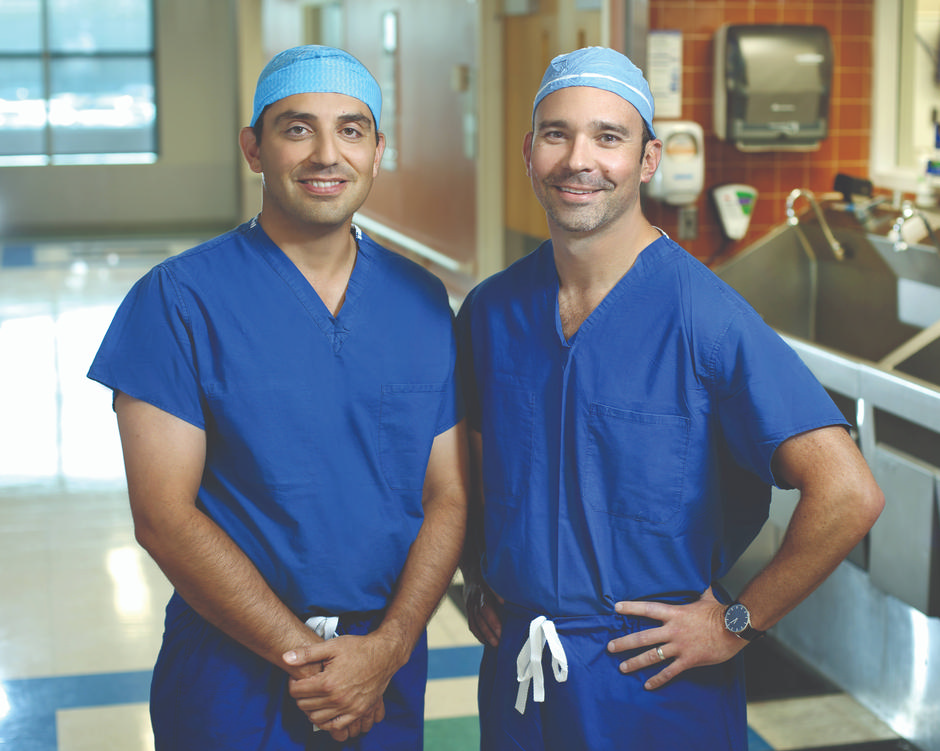 Allaf and Pierorazio: “Understanding the emotional and psychological stresses involved with having a small renal mass are just as important as an assessment of a patient ’s physical health.”

“The good news is that none of these patients had a recurrence of cancer."

Who’s the ideal patient for active surveillance for a small kidney cancer? “Although we have made significant strides in our understanding of active surveillance for these patients, there are no universally accepted criteria for selecting patients,” says urologist Phillip Pierorazio, M.D., who with urologist Mohamad Allaf, M.D., Ph.D., began the Delayed Intervention and Surveillance for Small Renal Masses (DISSRM) Registry at the Brady 10 years ago. “However, recent studies led by Brady trainees have highlighted the importance of physical and mental health as determining factors.”

In one study, published in the Journal of Urology, Brady Chief Resident Hiten Patel, M.D., and colleagues compared 410 patients who chose active surveillance with 341 patients who chose surgery to treat their small renal mass. They generated a DISSRM Score, incorporating age, tumor size, and other medical issues. “Importantly,” notes Allaf, who holds the Mohamad E. Allaf Directorship in Minimally Invasive Surgery, “the DISSRM Score also incorporated how patients felt about their own physical health – their ability to perform moderately strenuous activities like pushing a vacuum cleaner or playing golf.” Asking patients about their physical health “may be an important step in assessing suitability for surveillance,” says Patel. “A patient’s perception of physical health takes into account age and other medical issues, and it’s easy for patients and physicians to understand.”

Physical health is just one part of the assessment of patients with small renal masses. In another study, published in Urologic Oncology, Mohit Gupta, M.D., urologic oncology fellow, and colleagues evaluated patients who enrolled in active surveillance but later went on to have surgery. “About 15 percent of patients in active surveillance later choose surgery,” says Gupta. “We found that half of these patients who elected delayed intervention did so because their small renal mass grew or changed in a manner suspicious for cancer. But the other half elected to have surgery because of anxiety or uncertainty about their cancer.” The good news is that none of the patients who underwent delayed surgery had a recurrence of cancer.

In addition to active surveillance, treatment options for small renal masses include partial nephrectomy, radical nephrectomy, and thermal ablation of the tumor. “Few studies have compared these management options simultaneously,” notes urology resident Ridwan Alam, M.D., who led a third recent study, published in the British Journal of Urology International. The study found that all four management options had excellent oncological outcomes. “Partial nephrectomy and ablation were generally preferred over radical nephrectomy, as they spare kidney function,” he says. Active surveillance was confirmed to be a reasonable option for well-selected patients with comparable mental health and oncologic outcomes. “We also found that mental and emotional health improved over time for patients undergoing immediate surgery and active surveillance.”

“Understanding the emotional and psychological stresses involved with having a small renal mass are just as important as an assessment of a patient’s physical health,” says Pierorazio, “we want patients to be confident in their choices. If they choose surveillance, we want them to safely and assuredly remain in the program.”