Ross: Freezing the prostate may make the tumor more vulnerable to immunotherapy.

Think about aggressive treatment for metastatic prostate cancer, and what comes to mind? Most likely, it's not cryo- therapy or immunotherapy — or putting these two therapies together. But that may soon change, if a small trial at Johns Hopkins is as promising as Brady scientists Ashley Ross, M.D., Ph.D., and Charles Drake, M.D., Ph.D., hope it will be.

"One thing that advanced prostate cancer does well is adapt to and overcome therapy," says Ross. "You give anti- androgens, and the cancer develops castrate resistance. Give stronger anti-androgens, and chemotherapy, it figures out a way around them, too." But recent success in treating other forms of cancer — particularly melanoma — with checkpoint-blocking drugs such as PD-1 inhibitors, has given rise to the hope that this new approach to immunotherapy will work in prostate cancer, too, allowing "the immune system to kill cancer cells and adapt just as quickly as the cancer does to continue to eradicate disease."

PD-1-blocking drugs target the Programmed Death 1 (PD-1) molecule — a checkpoint for the immune system found on T cells, white blood cells that fend off infections and help fight cancer. In melanoma, bladder, lung and kidney cancer, these drugs have shown dramatic results, causing long-term remission of disease in some cases. In prostate cancer, however, giving PD-1 blockade alone has not had promising results.

The combination of a PD-1 blocker and cryotherapy may provide the long-awaited kick in the pants the body needs to attack advanced prostate cancer. In the past, immunotherapy "has produced a much more muted effect in prostate cancer: slight decreases in PSA, a mild trend to better survival, nothing huge," says Ross. One reason is that "with prostate cancer, the body doesn't seem to mount a great immune response; it needs some help." What it needs is a jump-start, and this is where cryotherapy comes in.

Working with medical oncologist Drake and post-doctoral fellow Benjamin Benzon, Ross and scientists in his laboratory have been testing ways that local therapies — applied right to the prostate — can augment the systemic immune response against cancer. "We needed a way to help the prostate cancer expose more of its tumor antigens so the immune system will recognize it better. To explore this, we generated mouse models of metastatic disease and tested surgery, radiation, cautery and cryotherapy. Cryotherapy appeared to cause the greatest anti-cancer response, allowing T cells to attack tumors at distant sites, as well," says Ross. The act of freezing the prostate, while not enough to eliminate cancer in distant metastatic sites on its own, may just cause enough chaos within the tumor — denaturing some of its proteins, disrupting its cells — that "we could teach the immune system how to recognize prostate cancer at distant metastatic sites, and not just delay its progression but kill it."

The trial, done in collaboration with Drake at Hopkins and with Merck, is open to men with fewer than five metastases and an intact prostate. "It's a single-arm trial," says Ross. "Everyone will get cryoablation of the prostate, an FDA-approved, minimally invasive treatment. They will get hormone deprivation for eight months, and a course of immunotherapy with an anti-PD-1 molecule called Pembrolizumab. At one year, we will look to see what their PSA is and if their metastatic lesions have disappeared. We are hoping that we will see regression of their metastases and very low PSAs in at least 50 percent of the men." For more information on this and other trials, please call Ross at 443-287-7225. You can also read more about the trial at Clinical Trials.Gov (trial number NCT02489357, https://clinicaltrials.gov/ct2/show/NCT02489357).

The combination of a PD-1 blocker and cryotherapy may provide the long-awaited kick in the pants the body needs to attack advanced prostate cancer. 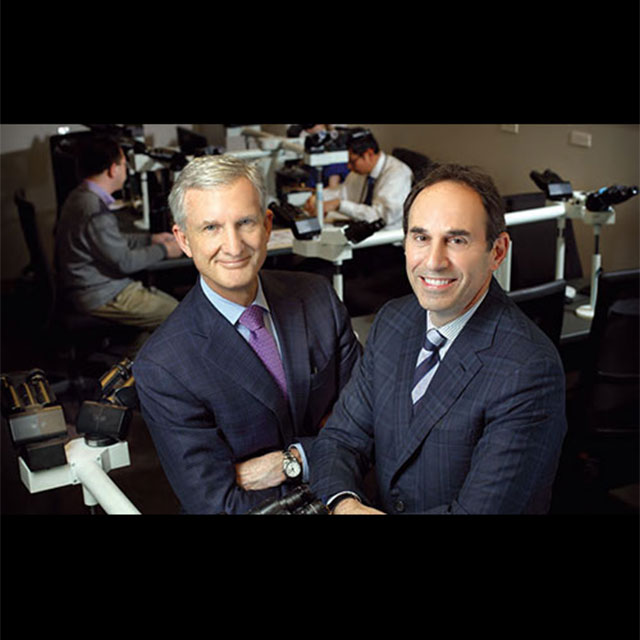