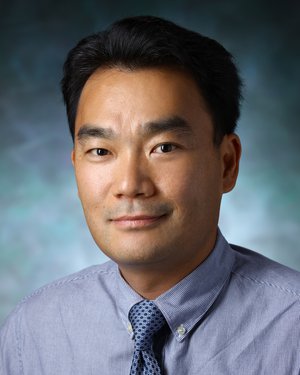 Dr. Han Seok Ko obtained his Ph.D. in Pharmacology in 2003 at Hokkaido University in Japan. He then began his postdoctoral fellowship in the Institute for Cell Engineering, Department of Neurology at the Johns Hopkins School of Medicine in Baltimore (USA). There, Han Seok Ko studied Parkinson’s disease (PD).

In particular, his research focused on understanding the molecular mechanisms by which mutations in genes such as parkin, PINK1, DJ-1, LRRK2, and alpha-synuclein, cause PD. He became an Assistant Professor in the Department of Neurology at the Johns Hopkins University School of Medicine in 2010.

Currently, Han Seok Ko is an independent faculty member of the Neuroregeneration Program within the Institute for Cell Engineering, and is a principal investigator of the Morris K. Udall Parkinson’s Disease Research Center of Excellence.

His research goal is to understand the molecular mechanisms driving the loss of brain cells in Parkinson’s disease patients. A clear understanding of both the normal biology and the pathobiology of gene products associated with PD is necessary to gain important insight into the molecular mechanisms and pathways underlying neurodegeneration in PD. Such research has the potential to elucidate novel therapeutic strategies for treatment or prevention of parkinsonian type diseases. To achieve these goals, we utilize a combination of genetically modified animal models to study disease pathogenesis in vivo and neurobiological approaches in vitro. Ongoing projects in the lab include:

Ko’s research has the potential to reveal drug targets, improve early diagnosis and develop new animal models for the study of Parkinson’s disease.

Transcriptional repression leading to parkinson's disease
Patent # US9274128 B2


Parkinson's disease is caused by the preferential loss of substantia nigra dopamine neurons. A Parkin Interacting Substrate, PARIS (ZNF746) is identified. The levels of PARIS are regulated by the ubiquitin proteasome system via binding to and ubiquitination by the E3 ubiquitin ligase, parkin. PARIS is a KRAB and zinc finger protein that accumulates in models of parkin inactivation and in human brain Parkinson's disease patients. PARIS represses the expression of the transcriptional co-activator, PGC-1α and the PGC-1α target gene, NRF-1 by binding to insulin response sequences in the PGC-1α promoter. Conditional knockout of parkin in adult animals leads to progressive loss of dopamine (DA) neurons that is PARIS dependent. Overexpression of PARIS causes selective loss of DA neurons in the substantia nigra, which is reversed by either parkin or PGC-1α co-expression. The identification of PARIS provides a molecular mechanism for neurodegeneration due to parkin inactivation.