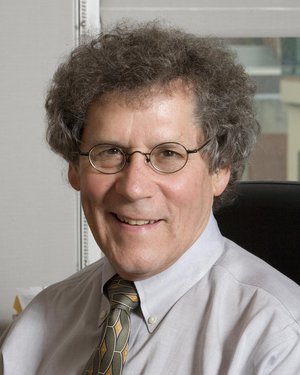 Part I, Training the Next Generation of Physicians

Dr. David Valle is the director of the Institute of Genetic Medicine and professor of pediatrics and ophthalmology at the Johns Hopkins School of Medicine. He also serves as a geneticist for the Johns Hopkins Children’s Center and is board-certified by the American Board of Medical Genetics in clinical molecular genetics, clinical biochemical genetics, clinical genetics and pediatrics.

He is interested in the genetic contributions to health and disease. He is the founding director of the Johns Hopkins Center for Inherited Disease Research. Over the years, his laboratory has discovered the genetic causation for more than 20 diseases, including those responsible for inborn errors of metabolism, inherited retinal degeneration, disorders of cellular organelle biogenesis and genetic variations that contribute risk for common disorders such as schizophrenia.

Dr. Valle also serves as director of the Predoctoral Training Program in Human Genetics, as well as co-director of the Genes to Society program. He was a 2014 recipient of the annual Victor A. McKusick Leadership Award from the American Society of Human Genetics, which recognizes individuals whose professional achievements have fostered and enriched the development of human genetics as well as its assimilation into the broader context of science, medicine and health.

In the broadest sense, my research interests include understanding all aspects of the role of genetic factors in human health and disease. In particular, our studies involve clinical, biochemical, molecular and therapeutic aspects of specific human genetic diseases as well as more global studies of the network interactions and consequences of the genes and proteins implicated in human disease.

In the past, our lab has focused primarily on rare monogenic disorders including inborn errors of amino acid metabolism as well as various human retinal degenerations. For example, we have conducted extensive molecular, biochemical and structural studies of the enzymes of proline and ornithine metabolism defining the biochemical and molecular bases of several. Most notably, we showed that deficiency of ornithine-delta-aminotransferase (OAT) causes a blinding, chorioretinal degeneration known as gyrate atrophy of the choroid and retina (GA). We also produced a knockout mouse deficient in OAT, showed that it develops a retinal degeneration and used this model to develop and validate treatments. Similarly, we are interested in inborn errors of biogenesis and function of the peroxisome, a ubiquitous sub-cellular organelle whose protein components participate in numerous metabolic pathways. Using a variety of strategies, we identified the genes responsible for several (>10) genetic disorders of peroxisomal biogenesis (e.g. Zellweger syndrome). We also have a special interest in peroxisomal ABC transporters and have produced knockout mice for the genes encoding some of these to elucidate the function of these transporters and their role in human genetic disease.

Recently, we have focused most of our efforts on understanding the genetic contribution to neuropsychiatric disease, especially schizophrenia. Working together with our collaborators Ann Pulver, Dimitri Avramopoulos and Gerry Nestadt, we have utilized a variety of whole genome approaches to search for genetic variants contributing risk for these disorders. Currently we are performing extensive studies of the genes in 10q22-23 and 8p21; we have found both linkage and association evidence for one or more schizophrenia susceptibility genes in both these regions. Our studies include extensive high throughput genotyping and sequencing, functional evaluation of coding variants and variants in candidate regulatory sequences and development and characterization of mouse models for the strongest candidates. The overall all goals of these studies are to identify the genes and the causative variants contributing risk and to use this information to identify key biological systems involved in the causation and pathophysiology of these disorders. We will use this information to search for additional risk genes and environmental variables as well as for the rational development of therapies.

Part II, Training the Next Generation of Physicians

Part III, Training the Next Generation of Physicians

Part IV, Training the Next Generation of Physicians