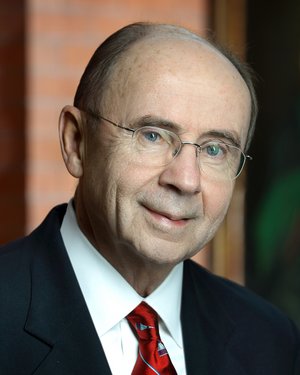 Dr. Patrick C. Walsh is a professor of urology at the Johns Hopkins School of Medicine. He is recognized internationally as a pioneer in the diagnosis and treatment of prostate cancer.

Dr. Walsh is best known for his pioneering work in the development of "the anatomic approach to radical prostatectomy," which involves nerve-sparing techniques that have reduced the probability of impotence and incontinence, and for his 30 years as director of the Brady Urological Institute. He has also made major contributions to the basic understanding of benign and malignant neoplasms of the prostate. Along with co-workers, he was the first to describe the 5 alpha-reductase enzyme deficiency, to develop an experimental technique for the induction of benign prostatic hyperplasia, to demonstrate the influence of reversible androgen deprivation on BPH, and to characterize hereditary prostatic cancer.

Dr. Walsh received his undergraduate and medical training at Case Western Reserve University. After an internship and junior residency in surgery at the Peter Bent Brigham Hospital in Boston, he conducted an assistant residency in pediatric surgery at The Children''s Hospital Medical Center in Boston, and a residency in urology as well as a fellowship in endocrinology at the University of California Los Angeles, School of Medicine.

He joined the faculty of Johns Hopkins in 1974. In 2004 he was named University Distinguished Service Professor of Urology.

Dr. Walsh has received dozens of national and international awards and honors. He has authored or co-authored more than 600 articles and three books, including a best-seller for lay people titled The Prostate: A Guide for Men and the Women Who Love Them. For 25 years he was the editor-in-chief of Campbell''s Textbook of Urology, which has been renamed in his honor. He is on the editorial board of the New England Journal of Medicine, is a member of numerous international professional organizations and has served as the president of both the American Association of Genitourinary Surgeons and the Clinical Society of Genitourinary Surgeons.