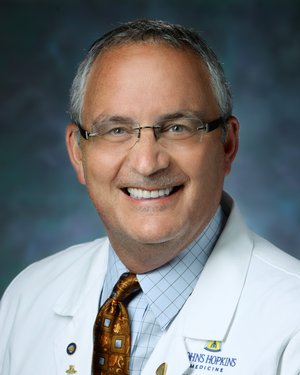 Dr. Dorman has served on the Anesthesiology and Respiratory Device Committee of the FDA and was a member of the Institutes of Medicine Committee on Conflict of Interest in Education, Research and Practice. He serves on numerous editorial boards including CCM, ICU Management and JCEHP. He has an extensive background in association leadership and has served as the President of the American Society for Critical Care Anesthesiologists (ASCCA now SOCCA) and President of the Society for Academic CME (SACME). He is also a member of the American Society for Association Executives (ASAE). He serves on the Board of Directors of the Accreditation Council for CME (ACCME) and was recently elected by the board to serve as its Vice Chair. Dr. Dorman serves on the Quality Improvement Committee for the American Association of Medical Colleges and the Pulmonary and Critical Care advisory board for the NQF

Dr. Dorman joined SCCM in 1988 and has served on and subsequently chaired numerous committees and task forces. He was elected as Treasurer of SCCM in 2013 and became the President-elect in 2015. His term as President started February 2016. He also has participated in and helped lead guideline writing groups for the American College of Critical Care Medicine for which he was inducted as a member in 1997.

He has lectured extensively on leadership in the ICU, ICU organization as well as on provided numerous lectures in the field of medical education.  Dr. Dorman served as co-PI for an AHRQ grant that led to the published monograph The Effectiveness of CME. Dr. Dorman’s ICU-oriented research interests include informatics applications in the ICU such as remote monitoring of critically ill patients, leadership strategies in the ICU, and creation of a culture of safety and he is well published in these areas.

In his role as senior associate dean he has helped establish new leadership for the Welch Library as well as led the team that renovated the library. He has recently helped rebuild an office of information technology and has established a robust office of assessment and evaluation. He serves as the school of medicine representative to the university for online education which has recently begun to launch new programs.

Dr. Dorman’s ICU-oriented research focuses on informatics applications in the ICU as it relates to remote monitoring of critically ill patients, leadership strategies in the ICU and the creation of a culture of safety. His other areas of interest include the stress response to surgery, aminoglycoside antibiotics, fungal infections and renal failure.

Dr. Dorman is interested in applying pharmacokinetic models to drug administration in critically ill patients with the ultimate desire to electronically monitor drug administration and offer clinicians decision support information. One of his current projects addresses the ethical issue of triage in the ICU and its implications for disaster preparedness.