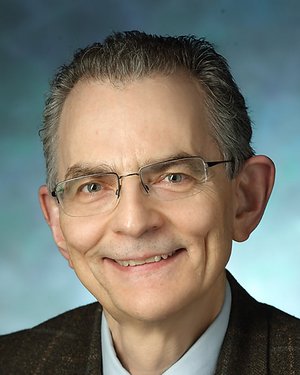 Dr. Ted Dawson received his medical degree and Ph.D. in pharmacology from the University of Utah School of Medicine. He then completed an internship in medicine at the University of Utah Affiliated Hospitals before going to the Hospital of the University of Pennsylvania for a neurology residency. Next, he came to the Johns Hopkins University School of Medicine where he completed a fellowship in neuroscience and a senior clinical fellowship in movement disorders. Dr. Dawson’s honors include the Derek Denny-Brown Young Neurological Scholar Award, the Paul Beeson Physician Faculty Scholar Award, the Santiago Grisolia Medal, and a Javits Neuroscience Investigator Award.  He was elected to the Association of American Physicians and he is a Fellow of the American Association for the Advancement of Science, the American Neurological Association, the American Academy of Neurology, and the American Heart Association. He is an elected fellow of the National Academy of Inventors and an elected member of the National Academy of Medicine. Dr. Dawson's laboratory focuses on neurodegenerative diseases. He pioneered the role of nitric oxide (NO) in neuronal injury in stroke, glutamate excitotoxicity and Parkinson’s disease.  He elucidated the molecular mechanisms by which NO kills neurons through the actions of poly (ADP-ribose) (PAR) polymerase and discovered a unique cell death pathway designated parthanatos.  His laboratory has made important discoveries on how neurons die in genetic and sporadic models of Parkinson’s disease.  Dr. Dawson’s discoveries are enabling clinical strategies for disease modifying therapies for Parkinson’s disease and Alzheimer’s disease as well as other neurodegenerative diseases.

The lab identified a regulated cell death program, called Parthanatos. In the brain, Parthanatos is important in ischemic and excitotoxic injury, as well as PD. Parthanatos, builds upon earlier work where the lab was first to show that nitric oxide (NO) is a key mediator of glutamate neurotoxicity. The cell death mechanism involves nuclear activation of poly(ADP-ribose) polymerase and mitochondrial release of apoptosis inducing factor, which recruits macrophage migration inhibitory factor (MIF) that co-translocate to the nucleus.  Once in the nucleus, MIF, a DNA nuclease, cleaves genomic DNA and functions as the executioner in Parthanatos.  The laboratory identified the first in class, MIF nuclease inhibitor that is profoundly protective in three orthogonal animal models of PD. Current research aims to further understand how this pathway works.

The Dawson lab has also been at the forefront of research into the biology and pathobiology of the proteins and mutant proteins linked to Parkinson’s disease. It showed that parkin is a ubiquitin E3-ligase, where it is inactivated due to parkin mutations. The lab identified three parkin substrates, PARIS (ZNF746), AIMP2, and NLRP3 that accumulate in PD and drive the loss of dopamine neurons in experimental models.  It discovered that nitric oxide (NO)-mediated S-nitrosylation or c-Abl mediated tyrosine phosphorylation of parkin inactivates parkin in sporadic PD, spurring the development of therapeutic parkin activators. The lab also showed that c-Abl is overactive in PD and that interfering with c-Abl activity prevents neurodegeneration in PD models leading to clinical trials of c-Abl inhibitors.  The lab showed that DJ-1 is an atypical peroxidoxin-like peroxidase and that its absence in PD leads to mitochondrial dysfunction. Our laboratory was the first to show that disease causing mutations in LRRK2 enhanced its kinase activity and linked the enhanced kinase activity to neurodegeneration.  We also identified the first round of LRRK2 kinase inhibitors that were neuroprotective in models of PD leading to the advancement of LRRK2 inhibitors as disease modifying agents in PD. We showed that mutations in LRRK2 cause PD through pathologic kinase activity leading to enhanced protein translation via the phosphorylation of the ribosomal protein s15 and that inhibiting LRRK2 is protective. In collaborative studies, the lab also showed that dysregulated phosphorylation of the Rab GTPases, including Rab 35 contribute to LRRK2 induced neurodegeneration.  The laboratory discovered that pathologic alpha-synuclein spreads in the nervous system via engagement with the lymphocyte-activation gene 3 (LAG3).  In collaborative studies, the laboratory showed that neurotoxic reactive astrocytes contribute to neurodegeneration in PD and other neurodegenerative diseases.  Our laboratory co-developed NLY01, a brain penetrant GLP1 receptor agonist, that is neuroprotective by preventing microglial and neurotoxic reactive astrocyte activation.  NLY01 is currently under evaluation as a disease modifying agent in PD. The laboratory is building on these studies and investigating the role of innate and adaptive immunity in PD. Collectively, our studies are providing major insights into understanding the pathogenesis of PD and stroke and are providing novel opportunities for therapies aimed at preventing the degenerative process of PD and other neurologic disorders.

In addition to cell death, the team also strives to understand how cells survive by characterizing survival genes and proteins involved in neuronal resilience. The team uses induced pluripotent stem cells to identify genetic and pharmaceutical agents that might be used therapeutically to protect the brain.