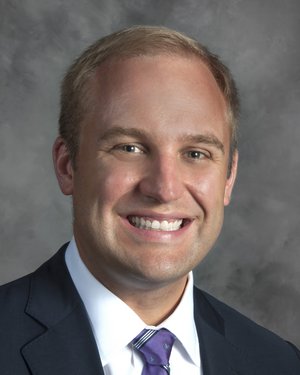 Dr. S. Alex Rottgers is a pediatric plastic and craniofacial surgeon at Johns Hopkins All Children’s Hospital in St. Petersburg, Florida. He is also an assistant professor in the Johns Hopkins Department of Plastic and Reconstructive Surgery. Dr. Rottgers received his undergraduate degree in biology and philosophy from Rice University in Houston and his medical degree from Baylor College of Medicine, graduating with highest honors. He completed his residency in plastic surgery at the University of Pittsburgh and performed a fellowship in craniofacial surgery at Harvard Medical School and Boston Children’s Hospital. Dr. Rottgers joined the Johns Hopkins faculty in 2015. He currently serves as the Johns Hopkins All Children’s Hospital Chief of Pediatric Plastic Surgery, Director of the Cleft/Craniofacial Team, and Co-director of the Vascular Anomalies Clinic in St. Petersburg.

Dr. Rottgers's research interests include outcomes research of patients with cleft lip and cleft palate, craniosynostosis, and vascular anomalies. He is interested in 3-D surgical planning and modeling of the craniofacial skeleton for treating patients with deformities.