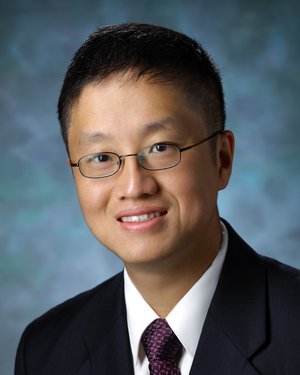 Shih-Chun (David) Lin, M.D., is a neurosurgeon with Johns Hopkins Neurosurgery in Bethesda, Maryland, as well as an assistant professor in the Department of Neurosurgery at the Johns Hopkins University School of Medicine. Dr. Lin is board certified in neurological surgery by the American Board of Neurological Surgery.

Dr. Lin graduated first place from National Taiwan University College of Medicine, earning his medical degree at the age of 21, the youngest in Taiwan’s history. He then served as a medical/surgical officer in the 206th Infantry Division for the Taiwan Army. He received his Ph.D. in neuroscience from Johns Hopkins University, awarded Phi Beta Kappa and Paul Ehrlich Research Award for his academic and research achievements. Dr. Lin completed his neurosurgical residency at Stanford University Medical Center, where he gained experience in the latest surgical technologies, such as endoscopic surgery, minimally invasive surgery, computer-guided surgical navigation and stereotactic radiosurgery. His research using optogenetics, from his fellowship at Stanford, was awarded by The Congress of Neurological Surgeons.

Dr. Lin is a member of the Suburban Hospital Tumor Board. He has worked on several system innovation and quality improvement efforts at Suburban Hospital, such as standardizing critical care protocols for post-operative care for patients undergoing pituitary surgery and establishing MRI protocols for patients implanted with spinal cord stimulators or cardiac pacemakers. Dr. Lin is also a fellow of the American Association of Neurological Surgeons and a member of the Congress of Neurological Surgeons.

Dr. Lin has earned numerous awards, such as the Teaching Excellence Award for Stanford University School of Medicine, the Service Excellence Award for Suburban Hospital, Best Consulting Physicians at Johns Hopkins Medicine, Surgeon of the Year Award at Suburban Hospital, and was named one of America's Top Surgeons for Consumers' Research Council of America, Washingtonian Top Doctors, and Bethesda Magazine Top Doctors.

Dr. Lin's research interests are in optogenetics, investigating mechanisms behind epilepsy control and glial cell reaction to pathologic conditions. He has contributed to numerous publications and lectures.

Through his research, Dr. Lin seeks to advance the field of neurosurgery by using the latest technology, such as optogenetics, to investigate mechanisms behind epilepsy control and glial cell reaction to pathologic conditions.

At night she suffered through searing pain, by morning it mysteriously vanished, Washington Post (05/26/2018)