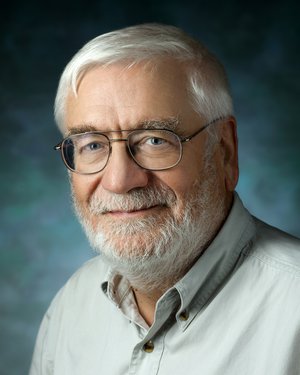 Dr. Ernst Niebur is a professor of neuroscience at the Johns Hopkins University School of Medicine, and a professor of pscychological and brain sciences at the Johns Hopkins Krieger School of Arts and Sciences. His research examines neuronal function at the system level focusing particularly on a function known as selective attention, which is the capability of humans and higher animals to scan sensory input for the most important information and to discard other non-essential information.

He received his B.Sc. and M.Sc.from the University of Dortmund in West Germany. He was awarded his Ph.D. at Universite de Lausanne in Switzerland. He also received a certificate in Artificial Intelligence from the Swiss Federal Institute of Technology (EPFL).

Dr. Niebur has authored or co-authored more than 100 peer-reviewed publications and his work has been cited more than 10,000 times.

The Niebur lab constructs quantitative models of biological nervous systems that are firmly based on their neurophysiology, neuroanatomy and behavior. The lab’s main interest is neuronal function at the system level, reflecting the interaction of subsystems to generate useful behavior. Modeling is particularly important for understanding this and other systems-level functions, since it requires the interaction of several pathways and neural functions.

One of the functions studied is selective attention, which is the capability of higher animals to scan sensory input for the most important information and to discard all other. The lab constructs models of the neuronal basis of visual selective attention by simulating them on digital computers and comparing the results with data obtained from the visual and somatosensory systems of primates. Particular attention is paid to the mechanisms involving the implementation of neural mechanisms that make use of the temporal structure of neuronal firing, rather than just the average firing rate.