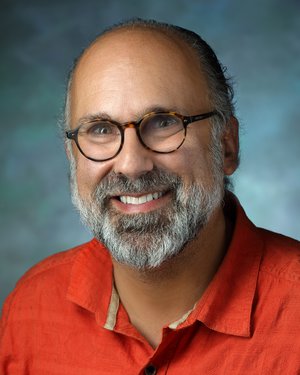 Dr. David J. Linden is a professor of neuroscience at the Johns Hopkins University School of Medicine. His research examines the cellular substrates of memory storage, the molecular basis of addiction, and recovery of function following brain injury among other topics.

Dr. Linden has authored or co-authored more than 100 peer-reviewed publications and has written two neuroscience books for general audiences. In 2010, Dr. Linden was recognized as a fellow in the American Association for the Advancement of Science.

Over the last 20 years, a series of experiments that have used behavioral tasks together with extracellular recording, reversible inactivation and transgenic manipulations have produced a strong case that the cerebellum is critical for some forms of motor learning. In particular, long-term potentiation and depression (LTP and LTD) of the parallel fiber-Purkinje cell synapse have been implicated in acquisition and extinction of eyeblink conditioning, respectively.

In recent years, Dr. Linden’s laboratory has used both electrode and optical recording in cerebellar slice and culture model systems to explore the molecular requirements for induction and expression of these phenomena. The Linden lab has found that induction of LTP in the parallel fiber synapse requires a presynaptic cascade of Ca influx/adenylyl cyclase I/cAMP/PKA and that its expression is also presynaptic. In contrast, induction of LTD at this synapse is triggered by postsynaptic activation of mGluR1 and AMPA receptors together with Ca influx, resulting in activation of PKC and consequent clathrin-mediated internalization of AMPA receptors.

The lab has also discovered a new form of plasticity, LTD at the climbing fiber-Purkinje cell synapse, which was not anticipated in models of cerebellar learning and which appears to share some induction requirements with parallel fiber LTD. They have subsequently expanded analyses to include use-dependent synaptic as well as non-synaptic plasticity in the cerebellar output structure, the deep nuclei. These investigations are central to an understanding the cellular substrates of information storage, and have potential clinical relevance for cerebellar motor disorders and for disorders of learning and memory.

Regenerating Neurons | Science: Out of the Box

The Neuroscience of Pleasure

Navigating the Streets of Pleasure: An Interview with David J. Linden

‘Compass of Pleasure’: Why Some Things Feel So Good