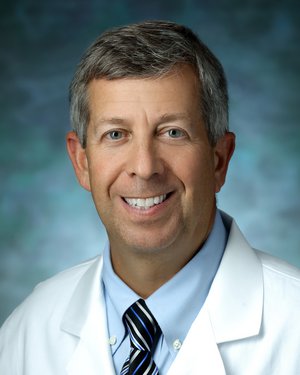 A retired U.S. Air Force colonel and the recipient of numerous military service and achievement medals, Dr. Satin earned his medical degree at the F. Edward Hebert School of Medicine at the Uniformed Services University of the Health Sciences in Bethesda and completed a fellowship in maternal-fetal medicine at the University of Texas Southwestern Medical Center in Dallas.

He holds several national leadership positions, including president of the American Board of Obstetrics and Gynecology and member of the board of the directors of the Society for Maternal-Fetal Medicine. He has served as chair of the American College of Obstetricians and Gynecologists Committees on Practice Bulletins and Clinical Document Review. He has published many articles in obstetrics and maternal-fetal medicine journals and written numerous textbook chapters. Satin, who also conducts extensive research in labor stimulation, has led countless residents through simulation laboratories and directed simulation courses for the American College of Obstetricians and Gynecologists and the Society for Maternal-Fetal Medicine.