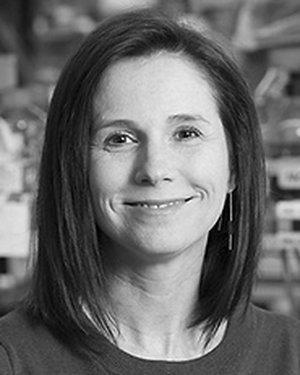 Dr. Amy Bastian is a professor of neuroscience at the Johns Hopkins University School of Medicine. She is a neuroscientist and physical therapist who studies the neural control of human movement. She has a special interest in stroke, cerebellar motor disorders and childhood motor development. Dr. Bastian is director of the Motion Analysis Laboratory at the Kennedy Krieger Institute in Baltimore.

Her team is currently studying how new movements are "learned," and investigating the course of movement recovery following different types of brain damage.

She serves on the Leadership Program for Women Faculty for the Office of Women in Science and Medicine and is part of the research team at the Johns Hopkins Ataxia Center.

Dr. Bastian's research focuses on the mechanisms of human movement disorders. Movement disorders commonly occur following neurological damage. Her laboratory studies the movements of adults and children who have damage or disease of the central nervous system. She and her team are interested in understanding the mechanisms of different types of movement disorders, as well as how and why different treatments improve movement. They are actively studying how new movements are "learned" and what the course of movement recovery following different types brain damage is.

Much of their work has focused on understanding how damage to the cerebellum causes movement incoordination or "ataxia." Their research suggests that one important role of the cerebellum is to adjust the motor output controlling a given part of the body to compensate for mechanical effects caused by movement of other body parts (interaction torques). Dr. Bastian's current studies of people with cerebellar damage are aimed at understanding the mechanisms of walking ataxia and motor learning deficits, and are beginning studies of impairments in motor "prediction." They are also studying locomotor disorders in people with stroke, as well as visuomotor control and learning in children with autism.

They also use novel devices to test learning, including a split-belt treadmill and simple computer generated virtual environments. These techniques allow them to make very precise measurements of many different types of movements, including walking, reaching, leg movements, hand movements and standing balance. This also makes it possible to detect very small changes in movement performance over time or with treatment.